Home | Rise of the Planet of the Apes DVD Giveaway

Rise of the Planet of the Apes DVD Giveaway 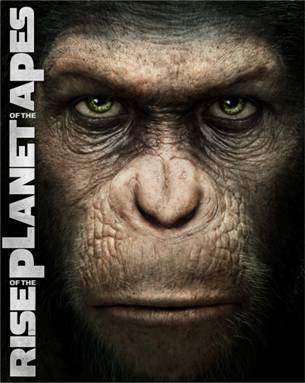 Horrornews.net and Twentieth Century Fox Home Entertainment are bringing you the chance to win a copy of the upcoming DVD release, “Rise of the Planet of the Apes”. This contest is for residents of the United States and Canada ONLY. All you need to do to enter is email joyhorror@horrornews.net and put in your subject line, “Rise of the Planet of the Apes Giveaway”. In the body of the email please fill out your full name and ship to address. You will automatically be entered in a drawing and winners will be announced sometime in December shortly before the December 13th release date. DVD copies will not be sent out before the release date. We will be giving away THREE copies of the “Rise of the Planet of the Apes” DVD to the lucky winners. We had a great time with our last Fox movie giveaway and I’m hoping for even more entries this time. Please NO members of Horrornews.net or Fox are eligible.
James Franco (127 Hours) stars as Will Rodman, a neuroscientist living in San Francisco trying to develop a cure for Alzheimer’s disease by testing on chimpanzees, giving them a human level of intelligence. After a test subject’s baby, Caesar, is orphaned, Will decides to raise him at home on his own with his Alzheimer-stricken father (John Lithgow; “Dexter”). What begins simply as a continuation of his experiment quickly turns into a problem for Will, as Caesar is taken away from him and forced to live in a primate facility. As Caesar’s intelligence continues to grow, he begins to stake his claim as the leader of his new primate counterparts, which will ultimately lead to the RISE OF THE PLANET OF THE APES.