Television tends to move in trends, in terms of what is popular and what is not. For example, during different points in time, things like sitcoms, soap operas, and reality shows have been extremely common, but none of these sorts of shows seem to stay on top indefinitely. One of the most interesting such trends lately has been the extent to which dark, horror-themed shows have taken over viewers’ interests. It used to be that most horror shows were only available on the sorts of extra channels that people get with direct tv satellite packages. Now, however, many regular channels are full of very dark shows with very dark themes. For example, here are a few very popular shows that demonstrate this trend.

• The Walking Dead has been hyped quite a bit lately, and, now in its second season, is bringing in some of the best reviews on television. The show follows a sheriff’s deputy who wakes up from a coma only to discover that the world has become overrun by zombies, or, in the show, “walkers.” It is a gritty, post-apocalyptic zombie drama that follows this man as he searches for his family and any way to survive.

• True Blood has been dominating television ratings for several seasons now, as TV’s premiere vampire show. The setting for the show is pretty consistently very dark, as all kinds of magical creatures, from shape shifters to vampires, work with and against each other in the hopes of preserving somewhat normal lives. Complete with dramatic romances and dangerous characters, this show appeals to anyone who enjoys darkness and suspense. 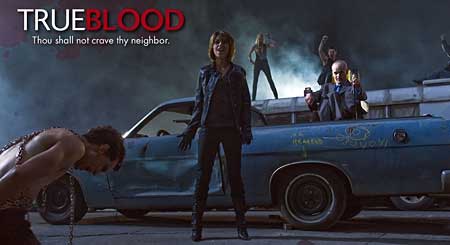 • Criminal Minds is perhaps the most telling show when talking about trending toward the dark and horrific. Criminal dramas are nothing new to television, but it certainly says something that one of the most popular such dramas today – Criminal Minds – is significantly darker than many of its predecessors. The show follows the FBI’s Behavioral Analysis Unit as they track down gruesome serial killers, many of whom have performed, or are performing crimes that are almost too disturbing for television. 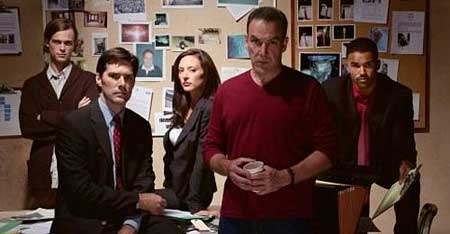 This trend in television, if it is like past trends, may only be temporary. However, all it takes is a simple observation of the most popular shows on TV to show that the dark and suspenseful drams – such as those mentioned above – are taking over broad audiences. This certainly indicates a significant and telling change in the interests of viewers, and particularly in young audiences, which generally represent large trend changes in television most strongly.

Stay Tuned as we cover more articles on this subject in the future…..