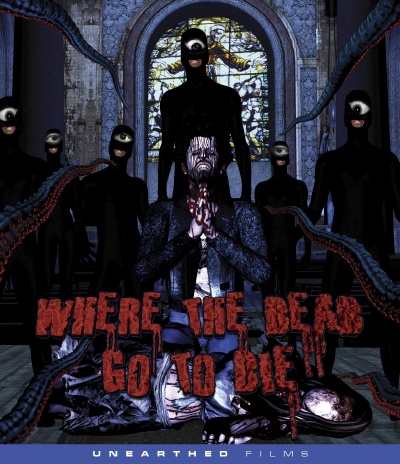 troubled group of children living on the same block are haunted by a talking dog named Labby who brings them on surreal hell-rides between different dimensions and time periods.

I knew when the owner of Unearthed Films sent me this one claiming it was “twisted as hell”, I should probably take his word for it. Here is the twist….it’s an animation, an adult-hemed children’s looking animation.

Now upon first view, there are a few things that will come to mind. Namely that it’s done in a primitive style of computer animation that I compare to a cross between Sims and a story board animatic. Add to that the fact that something of that level can also be re-imagined into something SO damn twisted and your sure to be scratching your head. 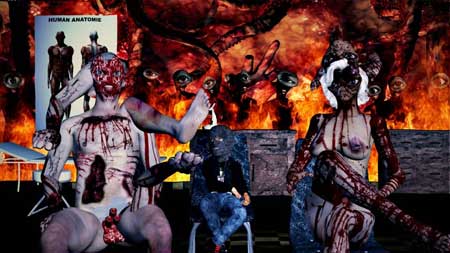 Now before you do 1 of a few things which I’m guessing will be  to pass this one up, write it off, or even dismiss it as silly…….well you should know that this is not the kind of cartoons you grew up on. I was only 30 minutes in and before the characters had managed to blasphemy God, give birth to the anti Christ, have anal sex with a hound from hell (with a child, for that matter), and entice the hound into ripping off the boys father’s penis. Now this is followed by eating the penis, murdering the family, and snatching a bloody fetus from the snatch of the boys dying mom. Shall I go on? 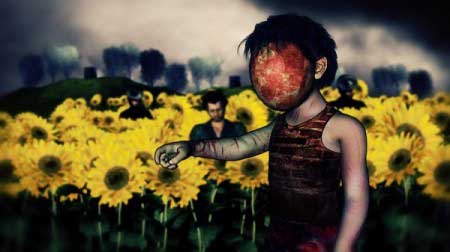 It was pretty clear that Jimmy ScreamerClauz, the creator of this hellish parade of madnes,s was intent on freaking out his audience and mentally abusing them any way possible. Though, I do have to say that Jimmy ScreamerClauz has one bloody-ass freaking imagination that exceeds all others. The damn film is inventive as hell and for that alone it deserves a place in the cinematic anals of movie-making-mind f*cks. You might say even in its animatics state, that it’s something to behold and reflect on for days after. 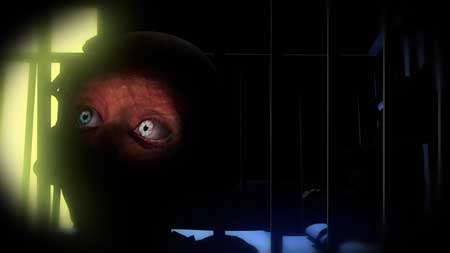 Ralph (Joey Smack) is in for a whirlwind of psychedelic madness. His dad runs a p*rno ring, and his mother is host to a devil fetus. While Ralph seems to have a fascination with speaking to a woman in a well, it’s Labby the devil dog who starts the whole ball of madness rolling. As mentioned before, the visuals and story line is extremely bizarre making it hard at times to know “exactly what’s going without a script in front of you. Some of the dialog and voice overs are hard to make out, but any savvy viewer will get the general gist here. In fact, if you’ve ever wondered what it would be like to experience hell in the form of animation, then here’s your sign. Ralph takes on dimensions, time periods and all sort of weirdness that bleeds, suffers, explodes, corrupts and infiltrates the mind with a smattering of hellucinogenic experience. Smiley face baddies, one eyed shadow people, animals that talk, whores, pimps, junkies, killers, demons, and alot of creatures that emerge from morphing madness that I don’t know “what” to call. 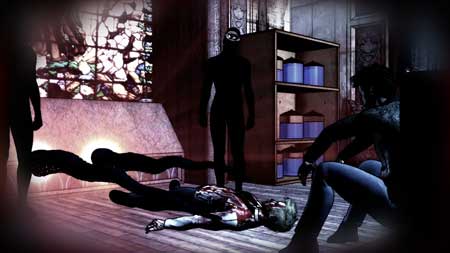 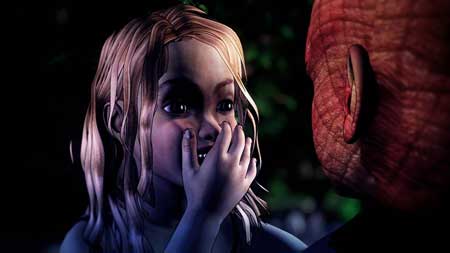 The film shoves alot of imagery in short spans that excel in organic deformed manifestations lurking out of dark places. While it’s easy to assume that Ralph just fell into hell and took us with him, the narration is much deeper than that which I believe deserves a few sessions to grasp the story a bit more. 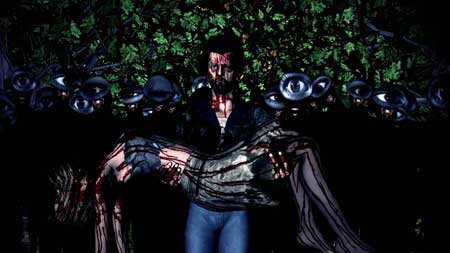 You would think that the film is based purely to shock, but we get past that in the first 5 minutes. There is actually too much “shock” in this film to actually shock, if that any makes any sense. Another curious thing is the animation (which I mentioned before). It seems at times a hybrid of real skin and bodies that is overlayed with a stencil filter. I couldn’t really comment more than that, but that would be my guess. The script employs the voices of several actors who you’ll find on the independent circuit. For me, I really could not place faces with voices but the tones seem to be enhanced with voice changers and echo reverb. 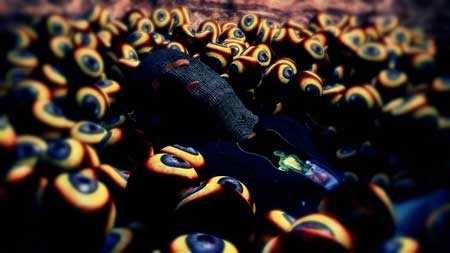 “Where the Dead Go to Die” may likely be one of the most original pieces you’ve ever seen, though I can’t recommend that “everyone” see it. It’s pretty much rated XXX in the terms of violence and sexual deviancy…though its buffer is the animation style which paints a darker sense of humor over the whole wash. I can only comment on the film from my own perspective which is “Where the Dead go to die” is maddening and a truly an entry for extreme film lovers. Dante’s inferno seems to be only an echo of what manifestations this hell ride introduces. Climb aboard and strap yourself in tight. If this ever evolved into a live action film, we’d surely be 10 steps closer to Hell. 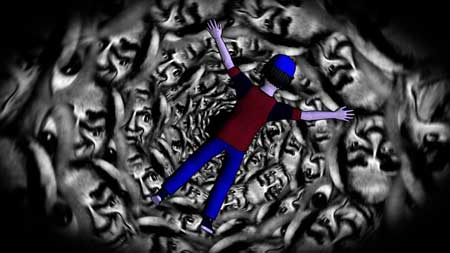