FEARnet Has Killer Slate for 2012 including “District 9,”“The Exorcism of Emily Rose,” “Saw” Franchise, “The Ruins,” and More

FEARnet, cable television’s premier horror, thriller and suspense channel, today announced it has secured several major horror blockbuster titles for its linear cable channel to air in the fourth quarter of 2011 and 2012. As it celebrates its 1st anniversary (Halloween), FEARnet announces it will bring audiences blockbuster world and broadcast premieres over the next several quarters including “Quarantine,” the “Saw” and “Phantasm” franchises, “Texas Chainsaw Massacre: The Next Generation,” “District 9,” “The Exorcism of Emily Rose,” “The Ruins,” “Trick ‘r Treat,” and many more genre movie hits.

FEARnet has also secured the television premieres of “Carriers,” starring Chris Pine (“Star Trek,” “Unstoppable”), “Quarantine 2,” “The Experiment,” starring Adrien Brody and Forest Whitaker, and the international hit “[Rec] ².” The cable channel will also air several classic and cult favorites including Christopher Nolan’s debut “The Following,” “When a Stranger Calls,” the original “Wicker Man,” and Michael Dougherty’s “Trick ‘r Treat,” as well as several franchises including the “Phantasm” series, Stephen King titles such as the world premiere of “Dolan’s Cadillac,” and the “Friday The 13th” series. You can find the complete list of upcoming movies at: www.fearnet.com/getfearnethd.html.

FEARnet’s schedule has something for everyone with a wide array of films, including a mixture of blockbusters, festival favorites, and indie titles to fill out the late 2011 and 2012 schedule. Among the theatrical titles scheduled for broadcast premiere are “District 9,” “Let Me In,” “Splice,” “The Collector,” “The Ruins,” “Saw V,” and “Saw VI.” Upcoming independent theatrical broadcast premieres include “Frozen,” “The Disappearance of Alice Creed,” “Hatchet,” “Grace,” and festival favorite “Midnight Son.”

In its second year, FEARnet will reinforce its commitment to presenting movies in ways no other channel ever has. The channel has enhanced a cable TV staple – the scary movie – with a range of creative programming initiatives designed to enrich the viewing experience, attract repeat watchers, and broaden the audience to include genre novices.

FEARnet’s innovations, all of which will be live in time for its first anniversary on Halloween, include:

· Movies With More Brains – FEARnet’s hosted movie experience offers an in-depth celebration of genre favorites each month. Movies With More Brains features a guest star introducing each film and hosting original interstitial content to provide a fresh take and a deeper look at a great film. Designed for hardcore fans and casual viewers alike, the Movies With More Brains treatment offers a smart, fun, and unexpected perspective on must-see genre titles. Upcoming Movies With More Brains subjects include “Texas Chainsaw Massacre: The Next Generation,” “Idle Hands,” “The Devil’s Backbone,” “Candyman,” “Donnie Darko,” horror classic “The Blob,” “Fright Night,” hosted by its writer and director Tom Holland, and “The Devil’s Reject,” which will be hosted by the film’s star Bill Moseley.

· Sinister Sundays – Sunday nights on TV are more sinister than ever, now that FEARnet has colonized the 8-10 p.m. window with a weekly series of broadcast, network and world premiere genre film events. With titles including “Quarantine,” “Man-Thing,” and upcoming films “Splice” (Adrien Brody, Sarah Polley), and “Frozen” (Shawn Ashmore, Emma Bell, Kevin Zegers), Sinister Sundays are just what the doctor ordered to scare off even the most serious case of the Mondays.

“At the ripe old age of one, FEARnet is delivering on the promise to serve up genre films in a way that no one else can,” said Peter Block, president of FEARnet. “We’re bringing fans BIG blockbusters, CLASSIC horror films, and FRESH views from genre experts on a long list of fan favorites. We’re not just giving audiences the content they crave, but we’re bringing it to them with a FEARnet twist to provide an all new viewing experience. As we blow out our birthday candles, it’s exciting to see what we’ve accomplished in the past year, including the recent start of production on our first original television series, ‘Holliston’.”

The channel will also continue to bring audiences a variety of thrilling and demented programming including its Tuesday night “Twisted Comedy” block with “Todd & The Book of Pure Evil” featuring Jason Mewes and “Psychoville” starring Dawn French. FEARnet also recently began production on its first original series, “Holliston” from the dark and damaged minds of Adam Green and Joe Lynch, which will join the “Twisted Comedy” block in early 2012. 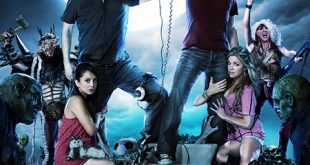 FEARnet Lays out some Terror For November 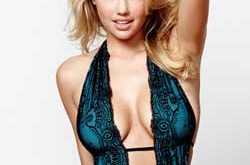