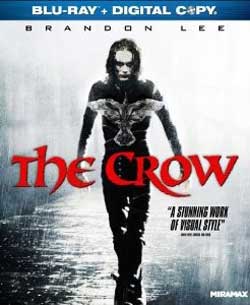 A man brutally murdered comes back to life as an undead avenger of his and his fiancée’s murder.

The 1994 film “The Crow”, really needs no introduction. This cultish feeling fantasy dark epic came to life under the wing of Director Alex Proyas. Though it was the James O’Barr graphic novel which first introduced the legacy and storyline of this strange antihero. The graphic novel was reorganized and prepped for cinema under the screenplay magic of David J. Schow.

Brandon Lee who plays guitar player Eric Draven couldn’t have known that this award winning role would be his last as tragedy stuck the set. The story goes that during one of highlight gunfight exchanges, a pistol was mistakably loaded with real bullets instead of blanks. Thus ending the life of a top up-and-comer before his prime. 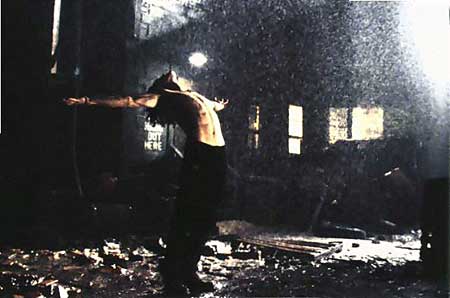 The film wasn’t complete at this incident, so it was delayed and filled in with doubles and CGI overlays. “The Crow” was destined to deliver and deliver it did. For one, the story, the film and the karma within are all kept within a Gotham City style of darkness. We are told that the crime has gone out of control within Detroit and that the crime lords have taken over. One particular night in Detroit, called “devils night” has been a beacon for arsonism and debauchery. October 30th to be exact.

The movie begins in tragedy as we are revealed the past thru flash backs. Eric is to be married to his fiance Shelly Webster (Sofia Shinas) on the 31th, though a group of thugs happen upon them and murder them both. Though not before beating an raping Shelly in front of Eric as he fades away in his dying state. He is soon thrown out the widow to his death. 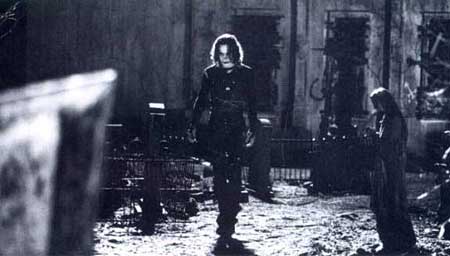 The message that this film paints is one of vengeance, retribution and karma which returns to claim on its tragic mishaps. A year later, Eric is resurrected with the magical strength of a crow searing thru him. He awakes, crawls from grave and finds that he is actually somewhat invincible to normal human weapons. As he remembers what happened, it’s some face paint projecting a porcelain harlequin mask that Eric dons to re-visit his executioners one by one. At the top of the heap a man by the name of Top Dollar (Michael Wincott) who seems to be running the show. Eric’s quest eventually leads him to Top dollar in a showdown confrontation, though not until taking out the scum top dollar commands Eric is lead to the underbelly of the worst with names like knife thrower Tin-tin, drug-user Funboy, car buff T-Bird, and the unsophisticated nimrod Skank. 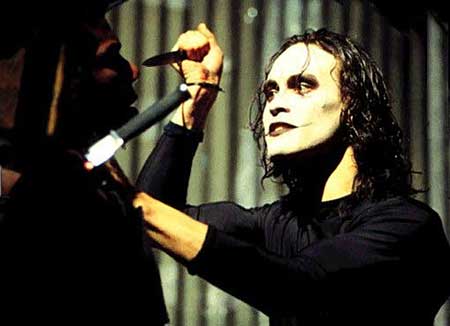 Each is brutally murdered while a flaming crow insignia is left behind to warn others. A single crow continues to empower Eric as he makes his way to the top of the crime scene.

The movie takes on the persona of a superhero film that digs into darker territories than even Batman could drum up. It’s this seedy gritty world combined with charismatic characters that really makes this a one of a kind experience. 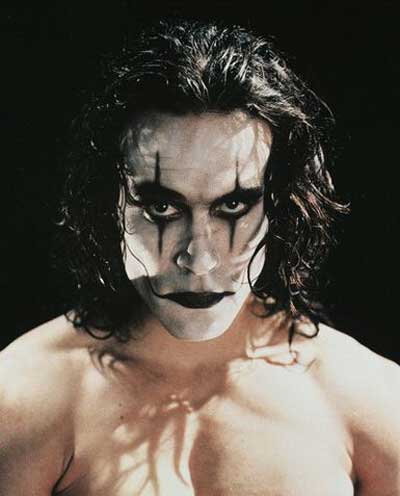 The movie received great success grossing $94,000,000 worldwide. It also benefited from an extremely hip soundtrack that features a variety of industrial and alternative rock acts. The soundtrack managed to gain success on its own, though the film provided the hub of all things “Crow”. Since its 1994 release, the movie has gone on to action figures, comic books and several sequels. None of which ever topped it’s Brandon Lee version. Upon a sequel the studios managed to even locate an almost replica-version actor of Brandon Lee. Though somehow he still lacked that certain “something” that attracted us to Brandon’s believable sense of suffering. 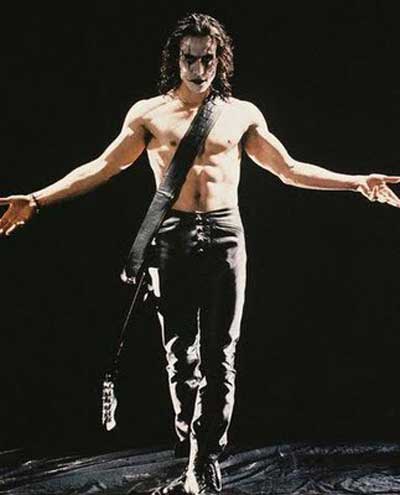 Reality mirrors fiction leaving the dark film encased in this brooding feeling that one was watching a dead mans last but highlighted performance. “The Crow” has survived much like Eric and has still to this day remained a fan favorite. It’s latest release on Bluray revives this noted classic per Miramax Lionsgate.

Eric is simply painted as a dove in a dark world. One who desrved better. One in which fate has reocognized this timea round.