Home | Devils lurk within ‘The Barrens’

Devils lurk within ‘The Barrens’

Darren Lynn Bousman certainly is busy these days, word comes over on new feature titled “The Barrens” which takes on the famed  legend of The Jersey Devil. True Blood fans will be happy to see more of actor Stephen Moyer.

Synopsis
Despite their reluctance, Richard Marlow (Moyer) takes his wife, Cynthia (Kirshner); their young son, Danny; and his teenage daughter, Sadie, to the Pine Barrens for a long weekend of camping and family bonding. As they arrive at the Wharton State Forest, a mutilated deer runs out into the road, nearly colliding with the Marlows’ car. Later that evening another bloodied animal falls from a tree. Bad turns to worse when, in the middle of the night, a college boy camping nearby disappears into the woods. Nevertheless, Richard presses the family to hike farther into the forest to the spot where he used to camp with his father. He is feverish, and a past wound on his arm appears badly infected, but when it begins to rain, there is no turning back. Richard’s sickness soon becomes debilitating; his headaches turn to hallucinations. What’s worse, he believes there is something stalking them…something with yellow eyes, pointed horns, and the wings of a bat – THE JERSEY DEVIL. The disfigured bodies of the missing camper and another college boy soon turn up. The Marlows must fight for their lives as the horrifying answer reveals itself in a shocking and tragic conclusion. 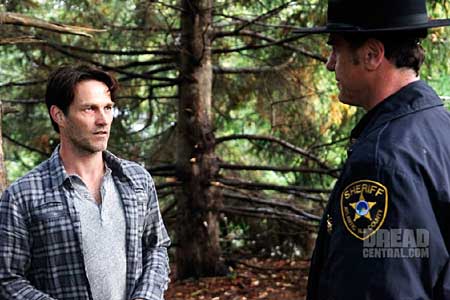 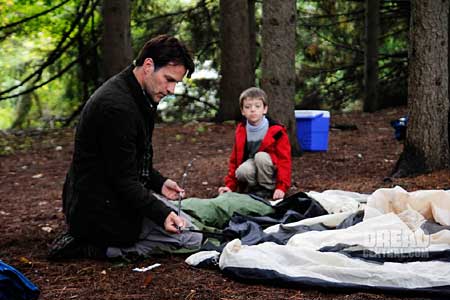 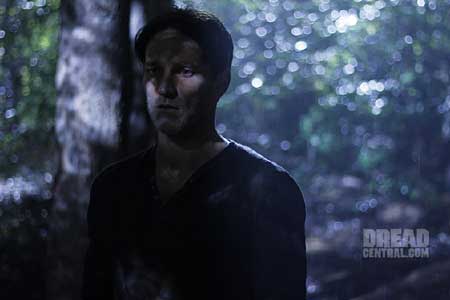 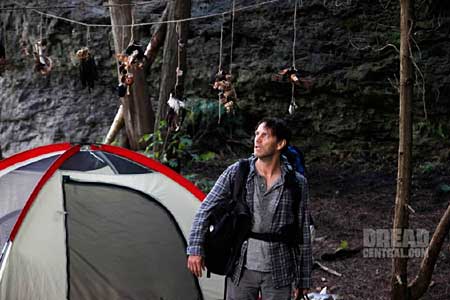 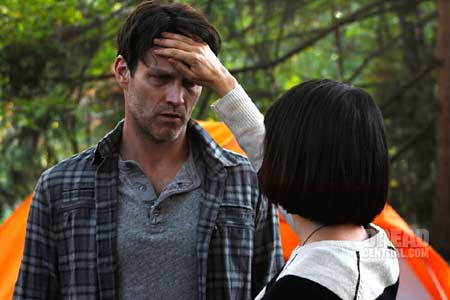