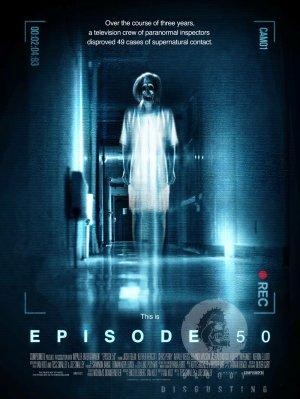 Focuses on two television crews of paranormal experts: one team of skeptics looking to de-bunk myths about ghosts and another consisting of believers looking to prove their existence. Teaming up for the first time for a special episode, the crews get more then they bargained for when they actually make contact with a spirit of tremendous power and must band together to stop it before it destroys them all.

I was just a month ago I had the pleasure of watching a film about ghost hunters who got in over their heads. That film was called “Grave Encounters” and in my opinion, is a harrowing found-footage piece of brilliance. Well…. “Episode 50” follows in a similar premise but is perhaps the polar opposite as far as effectiveness goes.

For one, this film tends to “want” to feel like a found-footage movie but is completely shot, scripted and framed. Before you buy into any marketing on this, just note this is a “just” another  (SyFY channel style) film and void of the cam corder verite approach that you may assume it to be. For some, this might could be a good thing (if you don’t care for found footage movies), but when the intention is one thing and it’s really another…not so good.

The flimsy plot begins as a wealthy business tycoon dying from cancer decides to hire on a team of paranormal experts to investigate a haunted asylum in the hopes of getting some ghost filled paranormal evidence. The reason he states, is that he wants to know if there essentially is an afterlife or if he’s just going die and rot. So call it proof for satisfaction.

The team accepts drooling at a chance to get some great footage at an institution that has been locked out of the visiting ring for quite some time now. As we are told, it has been under restriction from entrance or filming.

Tycoon pulls a few strings and the team is on their way. The cause of restriction it was under seemed to be due to some unexplained deaths occurring on its noted haunted grounds. Ok, fair enough….but show me the money, if that’s the case

As they arrive, they find that they are not alone. In fact another crack team which tends to ghost hunt for the Lord is also on location. Even after a short little confrontation they all suck it up and agree to coexist for a few days. A ghost tag team, if you will. 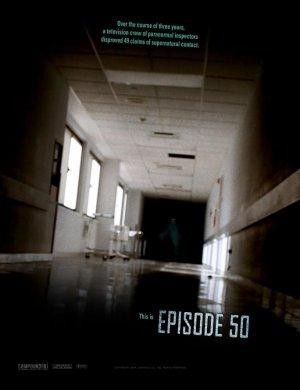 When the teams begin to investigate, we also begin to see the shadows, silhouettes and flash images of spirits beginning to surface. A contortionist spirit unwraps herself in a box and starts to roam the halls. All is done is pretty typical fashion and fails to really induce any real scares.

Our cast consists of characters: Jack, Damon, Andi, Dylan, Lysette, Richie, and Jose. The Christian team relies on their resident medium to invoke spirits while the other team wanders around trying to antagonize spirits. We begin to discover that the building hosts one “more powerful” evil spirit who suffered greatly as she was murdered in the most horrific ways. This entity has the whole “boneless body act” going on pretty well. Though it’s a shame as she could have been better implemented into the premise if used within a tighter roll out
.

Up to this point, and that of which to follow, has really come across rather “too” scripted without any real tension. It was more than once, that I felt I was watching a rehearsal rather than an naturally acted performance. Even the confrontations between ghost hunters felt like a first-take attempt. The performances felt wooden, and one dimensional failing to win me over with any concern for if they live or die.

.The movie itself had too much reliance on the old school editing tricks to work for the camera. The methods that work these days, are more reliant on off-camera antics and surprises from the POV perceptive. We get ALOT of that door to door specter approach going on in the background. In fact in once case the event was covered up by the actor really kind of ruining the purpose for the shot. I would take notes from the “Dark Remains” release which does this quite well.

In the end, this one failed to do much for me. I’ll add that there were a small handful of somewhat effective moments but nothing in comparison to what’s makes the word-of-mouth-rounds these days. “Episode 50” seems to suffer from trying too hard to be a movie when it could have presented more effective as a cinema verite product. I’ve seen my share of films that try and go down this path, and my advice on this one, is walk away. It’s not “Boo”, Sessions 9″, Paranormal Activity” or any of the films it tries to borrow from.

If you like ghosts, then this film will satisfy a “certain” amount of that viewing need, but on the whole, it just suffers at the hand of a cast that doesn’t win me over. 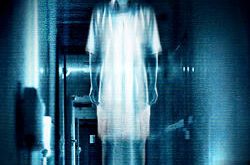 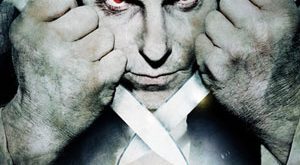