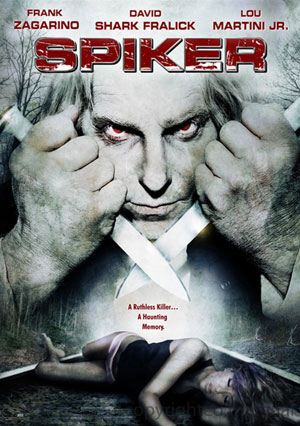 A vicious killer who slays his victims with railroad spikes, Adam (Frank Zagarino) escapes an asylum and returns to a town he terrorized once before. With his nasty weapons, Adam starts laying waste to innocent teens who are unfortunate enough to cross his path. Directed by lead actor Zagarino, this gruesome slasher film co-stars David Fralick, Michael Fedele, Lou Martini Jr., Matthew Jared and Giselle Rodriguez.

It’s another beautiful morning in Long Island and little do the town’s folks know that the convicted monster of a serial killer called The Spiker
is being transported from the local prison to an asylum. This albino freak looked funny- sticking out like a sore thumb on the barge shackled in his bright orange prison garb. Well Lisa Shaw is a relative of the town’s horrific murder victim, it’s her aunt and since they think Spiker is locked up they decide to go party in the old house where it all happened.

Every town has one. The local urban legend or even the true story of a murder so horrific that it sticks around for decades torturing the neighborhood children’s brains. Jess and her party ready friends are at the house and the witch wannabe Erin decides to hold a séance inviting Jess’s aunt to come speak with them. Lisa suddenly sees a ghost dressed in a white as snow wedding dress with brilliant stains of bright red blood. She follows her and finds a diary that gives her clues as to how the Spiker and her aunt were involved.

I really liked this flick, it was creepy as hell the way Spiker would rapidly walk clanging those railroad spikes together to make this chilling clanking sound. You knew as he traveled he had one thing on his mind and that was to head back to the house and murder anyone who even comes close to it. I liked the whole ghost story that played out in this otherwise slasher story. Will anyone survive the night? Can Lisa and her cheerleading pals manage to get out of there alive?

Can’t these poor tortured ghosts rest in peace? Elizabeth’s grave is on the property with her house, could this be why the bride still haunts the home? Spiker just might of had more on his mind then we thought he did. What will become the fate of the escaped albino prisoner? Will he fulfill his murderous rampage and live on? Or will he end up a victim himself? Maybe now the house with the grave has a few more soul less ghosts inhabiting the rooms that once held a home! 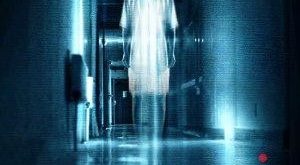