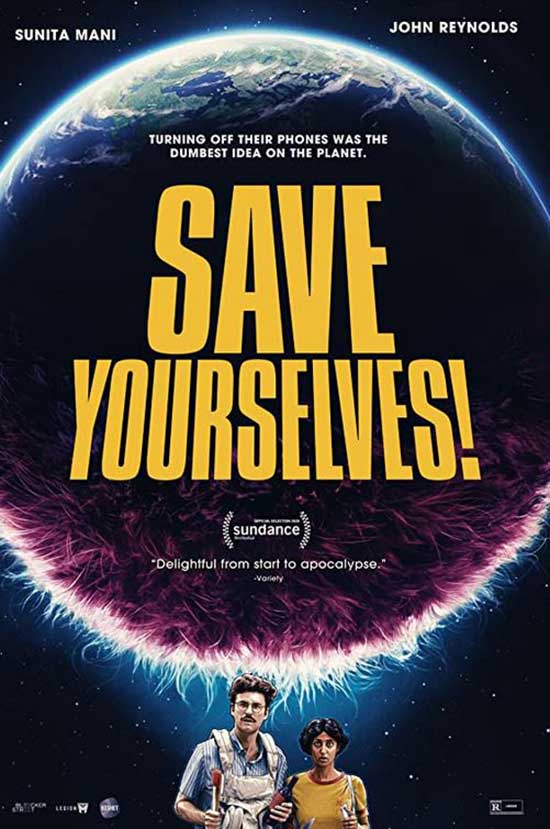 A young Brooklyn couple heads to an upstate cabin to unplug from their phones and reconnect with each other. Blissfully unaware of their surroundings, they are left to their own devices as the planet falls under attack.

To some observers, the couple at the centre of 2020 sci-fi comedy Save Yourselves could almost be strange alien invaders themselves. Thirty something New Yorkers Su (Sunita Mani) and Jack (John Reynolds) are the kind of pretentious millennial hipsters that live their entire lives filtered through the lens of social media; on the one hand lecturing anyone who can bear to listen to them for more than five minutes about how committed they are to lowering their carbon footprint, and in the next breath talking unironically about flying a New Orleans jazz band in for a wedding party. They have friends that – having already made fortunes in investment banking – talk seriously of making a living creating surfboards out of invasive algae.

It would be easy to loathe this couple on first sight; problem is, they are so damned likeable it’s impossible. Trapped in a never-ending maelstrom of technological interference – beset by Facebook, Twitter and all the other empty nonsense that passes for human interaction in this day and age – Jack and Su finally snap and decide to go off-grid for a while and disconnect, uprooting themselves (and naturally their artisan sourdough starter) to a remote cabin in Pine Bush, where they can get away from all their electronic devices. A noble and worthy ambition; the only trouble is their timing, in that they’ve picked the week an alien invasion descends on planet Earth. 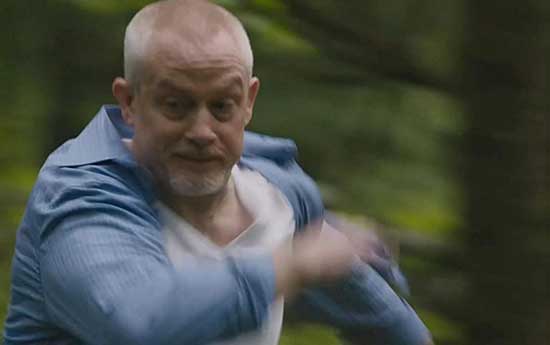 Things get off to a good start on their getaway; the constant pinging of texts and Facebook updates soon gives way to peace and tranquility in the midst of nature. But is that sporadic gunfire they can hear really down to enthusiastic hunters, or something more sinister? And do the fluffy little pouffes in the living room really keep moving by themselves……? 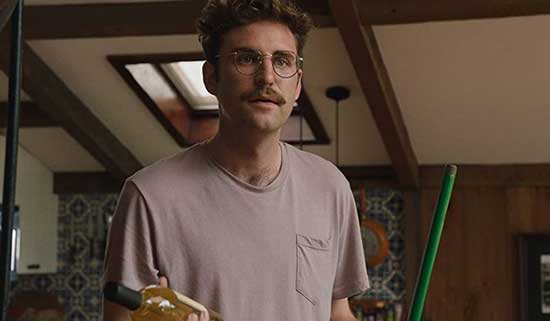 Save Yourselves was directed by real life couple Eleanor Wilson and Alex Huston Fischer, which perhaps goes some way to explaining why the movie has such a big and endearing heart. We’re not in horror territory here – and while the sci-fi leanings are slight, this is definitely a surprisingly warm comedy. There’s barely any violence or gore on show, with the little there is being played for laughs; as are the oddly cute invading aliens, which take the form of little hovering puff balls in a variety of pastel colours. And while they have the ability to shoot ethanol and/or blood sucking tentacles towards their targets, we’re not looking at the spiritual successors to Bottin and Carpenter’s The Thing here – think more a cross between a Critter and a teacup Pomeranian. 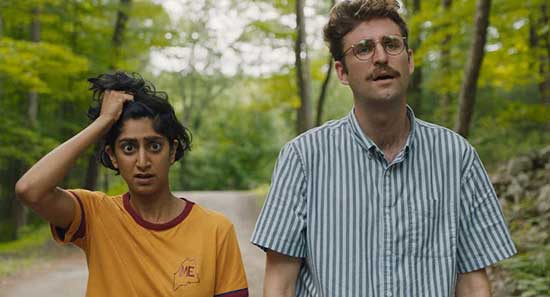 The movie is really brought to life by the two leads; Mani and Reynolds bring charm by the bucketload to their roles, and make Jack and Su surprisingly relatable, rather than being the douchebags you’d normally cross the street to avoid they could have been. They’re aided in this by the excellent writing, which is peppered with hilarious dialogue which feels realistic and never forced. The direction is crisp, if a little anonymous, and the camera work – assuredly free from any shaky-cam nonsense – vividly captures some of the beauty of the rural New York state scenery. 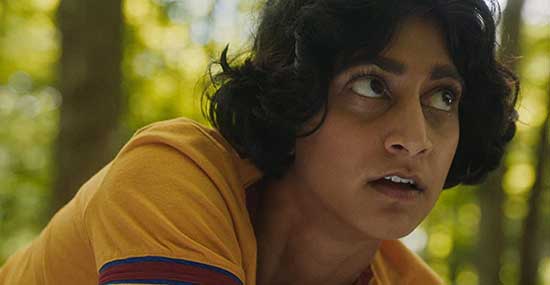 In all honesty Save Yourselves is hardly about the invading aliens at all; it’s about the endearing struggles Jack and Su – and the baby they manage to acquire in an unexpected manner – have in trying to get back to civilisation while trying to rid themselves of the modern-day curse of social media. There’s been a lot of talk online (that negative social media coming into play again) about the ending, which is certainly divisive; but it’s deliberately vague for a reason, and – at least for me – is preferable to the everything-neatly-explained and wrapped up with a bow on top finale that most modern movies don’t give their audience enough credit to forgo. It certainly won’t be to everyone’s taste (definitely don’t go in expecting limb-ripping Xenomorphs or CGI-fuelled pew-pew space action), but as a cute little sci-fi comedy it achieves exactly what it sets out to do.