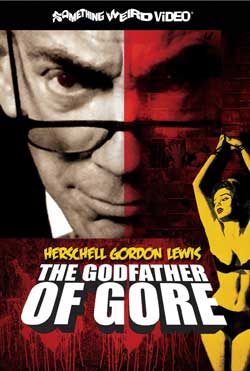 Gory, Gory, Hallelujah! Take an outrageous ride through the wild world of exploitation films with this often-hilarious documentary, Herschell Gordon Lewis, The Godfather of Gore. Featuring interviews with cast, crew, and critics such as director John Waters, drive-in movie critic Joe Bob Briggs, and Herschell Gordon Lewis himself, The Godfather of Gore traces Lewis’ start in the innocent bare-naked world of “Nudie Cuties” before he shocked the world with Blood Feast, the first-ever gore film. Lewis then continued to assault audiences with such audacious shockers as She-Devils on Wheels, Blast-Off Girls, Just for the Hell of It, Two Thousand Maniacs!, The Gruesome Twosome, The Gore Gore Girls, and the incredible Wizard of Gore. Experience a decade of motion-picture madness – with tons of clips, rare outtakes, and testimony from the people who were there – as Herschell Gordon Lewis, The Godfather of Gore leaves you laughing and screaming at some of the most amazing movies to ever play American movie theaters
(AMAZON)

One look at the films of Herschell Gordon Lewis, and you’ll understand why he’s been called the “Godfather of gore”. Directed by Frank Henenlotter and Jimmy Maslon, this is a great collection overview of Lewis’s career as we are taken back to the early days when he started his first film company. It was a time that was too early for the ratings to take full effect, so movies were still evolving. From these early films came the “nudie cuties”, a collective of films that featured various women in full nudity doing non-sexual things. The films were terrible and often bizarre in concept alone. Though they had charm, featured a collective of beautiful women and fulfilled a small spectrum of underground movie products. 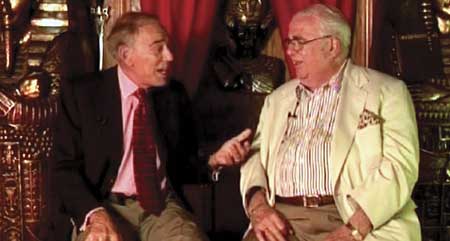 David F. Friedman came aboard as a business partner to Lewis. This partnership launched a small film company built on close friends and associates. While still feeling their way thru cinema, the realization of making features films was one driven by the need for profit and tapping into different markets. Early experiments included “Garden of Eden” and “Naked Venus”. The film “The Adventures of Lucky Pierre” (1961) was one of the odder releases that cut between a face-making Pierre and a helping of nude actresses. It was soon to be the origin of sexploitation which mixed sex and violence in ways that haven’t been seen before.

“Godfather of Gore: The Herschell Gordon Lewis Documentary” is really a tribute of sorts to a filmmaking legend. His tactics were grounded in the b-level of productions but his spirits was surely a driving force into the creation of many memorable cinematic moments. 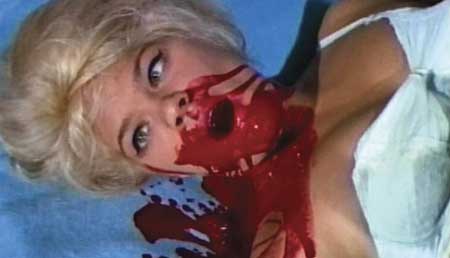 We are lead thru the lineage of his earlier gore works which at the time were much more ground breaking than a “like” film would do on the market today. In fact, “Blood Feast” provided a level of gore that hadn’t been seen on the movie screen. It was shocking, it was disgusting and with all the controversy that the press generated, it became a hit with younger audiences. Hershell was leading the pack in this genre if only for a short while. His follow ups included films such as “Two Thousand Maniacs” and “Color Me Blood Red”. During this documentary, we are taken thru each production and how it was perceived and some of the production elements important to the creation at that. Lewis comments, and joins and even heads out tot talk with previous cast members. The whole production reaffirms much of why Lewis has acquired the moniker of Godfather of Gore. Though what might be of most interest is the description of the changing times, the public paranoia and the birth of the censorship laws that came after. As we are told, “no body” was doing this at the time, so the laws hadn’t really been written. 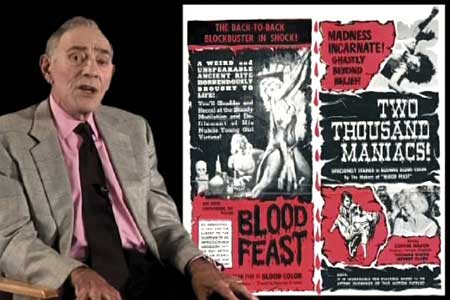 Moving forward we are taken a bit into the “Something Weird” production” and the famed “Wizard of gore”. It was a moment of extremes, and Lewis was intent on taking his productions to the full spectrum of gross-out materials. We learn about actors who went on to later projects and a few quirks that the team had to deal with. Even Colonel Sanders makes a brief appearance in one of Lewis’s productions, a well known Lewis staple that includes having buckets of fried chicken always on set. There is quite a bit that can be learned from his early days and how one of genre masters kept the film rolls rolling.

If you are a fan of horror, a fan of Lewis or his films, this production has got enough retro fan fare to please any viewer. His godfather moniker will leave no doubt in  your mind.