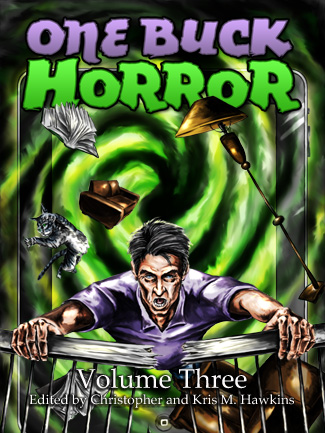 Another batch of pulp horror from the One Buck team. Another excellent collection of short stories to get your teeth into. If you’re wondering what to expect, it’s like an old horror comic without the pictures. It won’t take you long to get through, but as you’ve only paid a buck, you don’t begrudge its brevity. Non-spoiling taster to follow.

Home by Augusto Corvalan – This one was right up my street too. Imaginative story about a nuclear family going about its normal everyday existence, despite the fact that things are far from normal and everyday.

Child of Dirt by John F. D. Taff – Rosemary’s Baby meets Alien in this unsettling tale of a Dad who finds it hard to bond with his new baby. If you’re considering having a child, it’s probably best if you give this story a miss – it’ll put you right off.

The Catman Blues by Leisa K.Parker – Couldn’t get into this one, only because it reminded me of The Spirit of Jazz from UK comedy series ‘The Mighty Boosh.’ But that’s just me being stupid, and I could still appreciate the excellent writing and why this dark bluesy tale made the final cut.

Vacation by J.Tanner – If I had to choose a favourite, it would be this. It’s such a fantastically twisted concept I felt a surge of envy. Kids never want to go on holiday with their folks do they? In this story, they’ve got good reason. I would LOVE to share the plot of this with you, but that would be unfair. Suffice to say, this is a real cracker. Hats off to the author.

Off With His Head by Mark Budman – A strong finale with a story that brings to mind Robert Aickman, such is its unsettling, dream-like quality.

And that’s it. Well done again to the editing team. This is fast becoming a firm favourite of mine and if you like short horror stories with plots that are original and rewarding, I urge you to have a look. If you don’t like it, then you’ve only spent a buck eh. Four Black Stars. 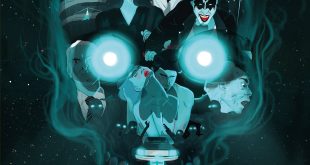 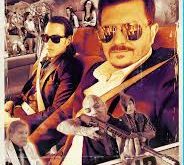 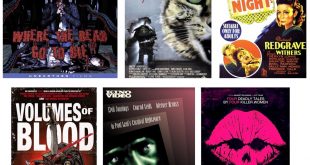