PHILADELPHIA, PA, March 7, 2018 – Artsploitation has acquired the U.S. and Canadian rights to EuroObscura’s A Taste of Phobia, a harrowing horror anthology created by 14 international directors. Produced by Vestra Pictures and Enchanted Architect, in collaboration with Trash Art Pictures, the film is scheduled for DVD and VOD release in May 2018.

“As someone with a high number of phobias myself — fear of ceiling fans and hotel remotes to name just two — I was hesitant to watch A Taste of Phobia. But after 90 minutes of seeing people traumatized, institutionalized and dying from their fears, I felt much better,” said Artsploitation President, Raymond Murray. “It’s a cinematic colonic for a sick mind and a must for Artsploitation fans.”

“We are proud that Artsploitation will be releasing this great and scary horror movie in the U.S.,” said Marco Magni, international sales representative for EuroObscura. “I’m sure that the fans of horror movies in America will enjoy it and will also be surprised to learn about the more strange and terrifying kind of phobias that exist in the world.” 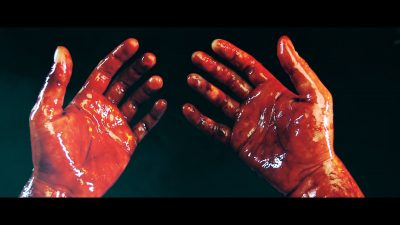 View A Taste of Phobia trailer

Feature Film Review screeners will be made available to press in April.

Additional information can be found at www.artsploitation.com