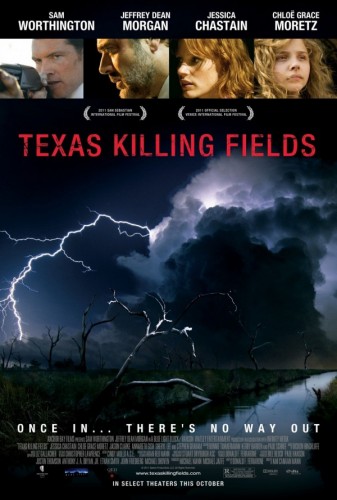 In the Texas bayous, a local homicide detective teams up with a cop from New York City to investigate a series of unsolved murders.

True crime has made a comeback in recent years due to the podcast Serial and television shows like The Jinx and Making a Murderer.  The mystery of the full details of a crime or series of crimes captivates audiences in a way that wouldn’t have been believed in the years before this boom.  There were famous criminals, for sure, but media made about them wasn’t as buzzworthy.  One of the many movies about real murders that came out before the current popularity of the true crime genre was Texas Killing Fields, about a series of murders happening in Texas. 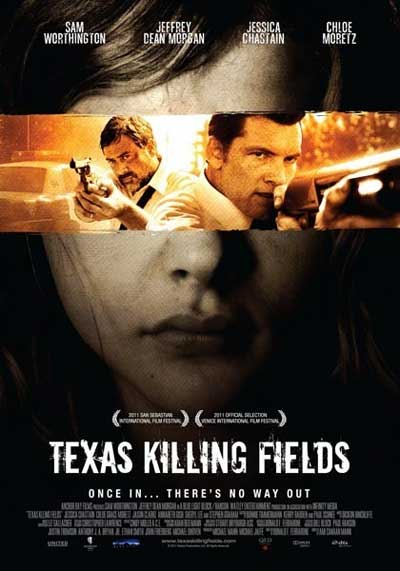 Texas Killing Fields was a fictionalized account of the investigation into the many murders happening in the Calder Oil Fields near Texas City, Texas.  Brian Heigh (Jeffrey Dean Morgan) was a New York detective who had recently moved to Texas and began investigating the murders of young women with his new partner Mike Souder (Sam Worthington).  Brian Heigh had become a surrogate father figure to a teenage girl named Little Ann Sliger (Chloe Grace Moretz).  When she went missing, the pair of detectives reached their breaking points and went after their suspects in violent ways. 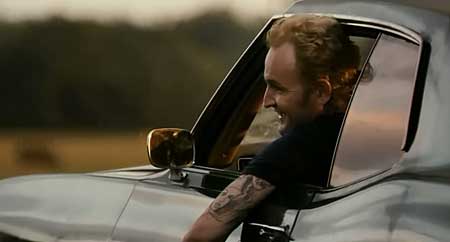 The story told in Texas Killing Fields was good for a few reasons.  The first was the real life implications of what was going on.  It could shed light upon the real murders that occurred at the location over the past fifty years.  Maybe more information would come to the surface that could help to solve some of the murders.  The second reason was that it was a fairly gripping crime story.  It wasn’t the most interesting in the genre, but was still an entertaining enough watch that didn’t feel like a waste of time.  The other good thing was that the characters were believable enough that their actions never felt out of place.  That side of things was accentuated by the performances. 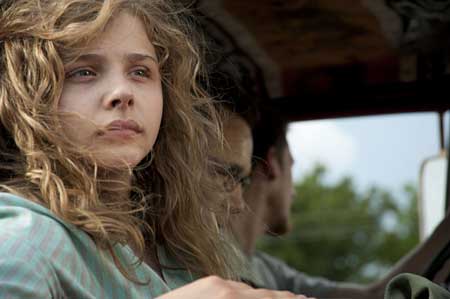 Jeffrey Dean Morgan put in a strong performance as Brian Heigh, being the good cop in his partner pairing.  He seemed like a friend enough to each person he questioned and he had a fatherly quality that made his protection of Little Ann feel earned.  After becoming accustomed to Morgan putting in performances as tough guys, guys with dark senses of humour, or both, it was refreshing to see him take on a more caring role.  Sam Worthington shined as the always ready to burst partner, Mike Souder.  He was the bad cop in their partnership, always ready to yell and fight to get things done.  There was more depth than his usual roles and Worthington was ready to perform. 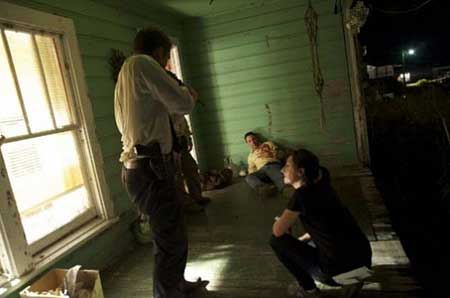 The women throughout the movie also gave solid performances that helped to build out the world.  Chloe Grace Moretz played troubled adolescent teens throughout her growing up and put in another strong performance here.  The little she was given to do was an important part of the movie and she made it more than another actress might have.  Sheryl Lee also gave a good performance as Little Ann Sliger’s mother, Lucie.  She wasn’t in the movie much, mostly only showing up as she kicked Little Ann out of the house or as she was being told by Brian to take her daughter back in.  Near the end of the movie, however, she got a big scene in which she was able to truly shine as a distraught mother.  Then there was Jessica Chastain.  She played Pam Stall, a detective in another jurisdiction, and Mike’s ex-wife.  Again, she didn’t have too much to do.  She popped up here and there to help with the investigation but never had a story of her own.  That said, Chastain did get to put some work in since Pam had some of the anger of Mike.  It would come to the surface once in a while.  The character was better able to hide those tendencies, though, which was a nice touch that let Chastain do something more than just be there. 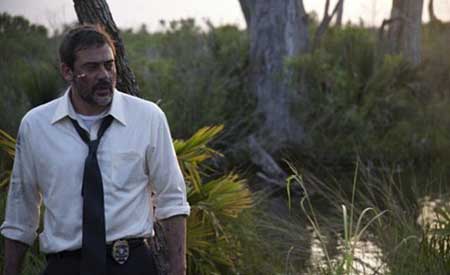 Most of the problems with Texas Killing Fields were that it never went above being an average movie.  There have been many movies just like it made about similar material.  It did nothing to make itself stand out among the breadth of murder mystery movies.  There were entertaining moments and it was a fairly captivating tale if it’s the kind of thing you’re interested in, but there was nothing special about it.  That said, the movie also didn’t skew into the bad side of things.  There were no aspects of it that brought anything down and nothing made it exceptional. 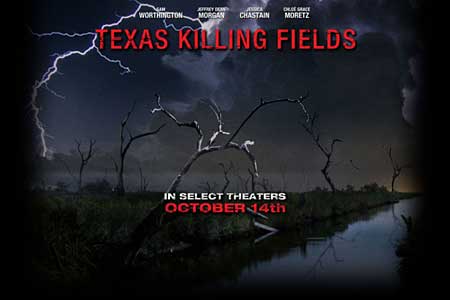 Texas Killing Fields was completely middle of the road, which isn’t necessarily a bad thing.  It’s a movie that can easily be put on if you’re looking for something to watch.  It just won’t become a favourite that you’ll want to go back to time and time again.  There are things to like, such as the performances and the characterizations, but there’s not much to keep you interested beyond the watch.  Similar stories have been told in better ways, but there have also been similar stories told much, much worse.  It’s not the worst.  It’s not the best.  Texas Killing Fields is just an average movie.