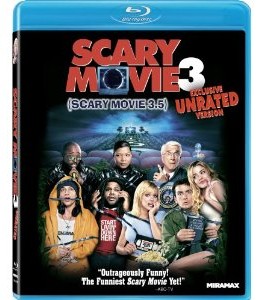 In the third installment of the Scary Movie franchise, Cindy has to investigate mysterious crop circles and video tapes, and help the President in preventing an alien invasion.

Round 3, for the Scary Movie Franchise. This release targets a mashup of “The Sign”, “The Others”, “The Ring” and “The Matrix”. If you can imagine that, add in “8 Mile” to boot.

It’s a crazy segue from one classic scene into another with plenty of Samara shots, crazy video tapes, and 7 days to live. Directed by David Zucker, this might be possibly the best I’ve seen from the series with an eclectic cast that features cameos popping out left and right.

The movie opens on the classic “Ring” scene with hotties Jenny McCarthy  and Pamela Anderson cat fighting and talking about their latest scare. Anna Faris returns as Cindy who has taken an interest in the recent crop circles left by (Charlie Sheen) Tom’s house. His brother rapper is busy trying his hand down on 8 mile but it’s the recent alien activity back home that is really the concern. Hilarious moment come when his oversized hood is mistaken as a KKK sign.

Meanwhile folks are dying off per a weird video tape with only the players from the Matrix to confide in. This release in particular blends seamlessly into classic movie moments with a hilarious backlash of inside jokes around every corner.

Aliens are starting to show up in weird locations and Michael Jackson somehow has found his way into Tom’s children’s bedroom. The humor here is appropriately fueled by iconic news moments and film highlights from the previous year. Much into the style of Naked gun, the film even has Leslie Nielsen taking on the role as the president. George Carlin as the “Architect”, Queen Latifah as Aunt ShaNeequa (the Oracle) or Eddie Griffin as Orpheus, its a great time that will keep ya laughing and comparing notes around every corner.

Most impressive at least from my perspective is the film’s use of similar sets from the movies it pokes fun at. I couldn’t tell if it was the original locations, but it was close enough to add a quality flair to the parody moments. 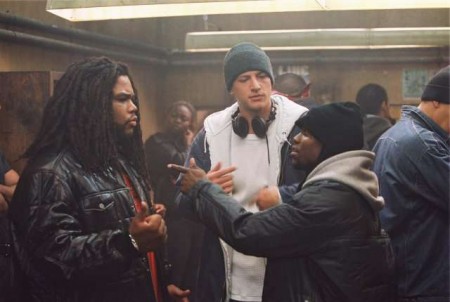 If your a fan of the Scary Movies, you’ll note the slightly different approach in directing styles than previous films. This round seems to gel a bit better and works the jokes in a more natural manner, than its previous entry. Techies will love the funny reference to obnoxious popup screens, though my highlights were the “Ring opener as a toilet bowl” and the 8 Mile rap off competition.

This release of Scary Movie 3 arrives on Bluray from Lionsgate