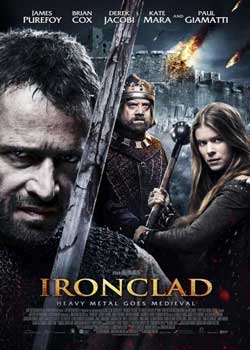 In 13th-century England, a small group of Knights Templar fights to defend Rochester Castle against the tyrannical King John.

I wasn’t sure what to expect when I saw this movie come through the queue. It quite obviously isn’t a horror movie, and seeing a movie starring both Paul Giamatti AND Brian Cox go direct to DVD without a theatrical release was shocking. Be not afraid though, this movie is pretty awesome.

A little history: The Magna Carta, drafted in 1215 in England, was created to force King John to recognize that his word was NOT the be all end all; that the people of England were entitled to civil liberties. In many ways, it is widely considered to be the earliest known attempt at Democracy. Ironclad deals with the “undocumented events” that occurred after King John ratified it into English law. 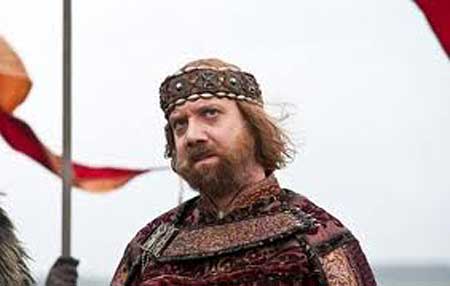 The film’s perspective is that King John, passionately portrayed by Paul Giamatti (Sideways, 2003; John Adams, 2008,)was none too pleased to have his God-given authority over the commoners of England challenged, and chronicles his attempt to take back his country. The noble that spearheaded the campaign against King John and eventually forced the King to sign the Magna Carta (according to the film at least) was Baron Albany, played by Brian Cox (Braveheart, 1995; X2, 2003; Troy, 2004; Trick r Treat , 2007), and it is he who organizes a rag-tag group of fighters to ensure that King John remains compliant.

The movie follows Baron Albany as he assembles this group of awesome soldiers and takes them to Rochester Castle, a key location for anyone trying to control 13th Century England; it was the epicenter of all trade routes throughout the country. King John knows this as well and lays siege to the castle with a hired army from Denmark. Glorious violence ensues.

Seriously, this is a brutal film. It feels like a cross between Braveheart (because of the battle scenes), The Seven Samurai or The Magnificent Seven (because of the Baron’s assembled group of fighters) and The Two Towers (because of the Battle of Helm’s Deep). That’s okay though, the movie succeeds at being its own film due to the production value, screenplay, and outstanding acting performances throughout. 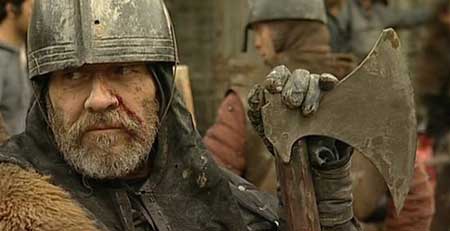 Paul Giamatti is not surprisingly awesome as King John, a grown man who is not at ease with being stripped of his authority; something he claims was bestowed upon him by God himself. Giamatti does an amazing job portraying King John not only as a jilted king, but a man desperately trying to control the tantrum prone child that simmers beneath the surface of his own skin. Brian Cox, who is great in everything I’ve ever seen him in, continues to impress as Baron Albany, a man whose love of England courses so deep in his veins that assembling his defenders for Rochester is as easy as showing up at their door steps and saying “I need you…now”. They come without question and it’s believable because Cox has that much command of his craft. You’d go too. The rest of the cast was sensational as well, and there is never any doubt as to who you want to live and who you want to die, though, most likely, it won’t work out that way. 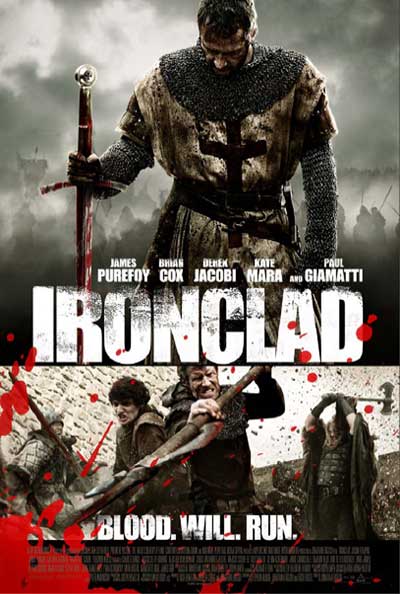 I really enjoyed Ironclad. I’ve always been fascinated by the history of war and how it’s been fought (I just love that show Deadliest Warrior) and this movie does an amazing job showcasing that kind of violence in a believable way. What’s more, there was a story that was told by actors who know what they’re doing. Add a director that knows how to put all those elements together in an immensely watchable film, and you have a movie that deserved a theatrical release every bit as much as the fu*#ing Smurfs.