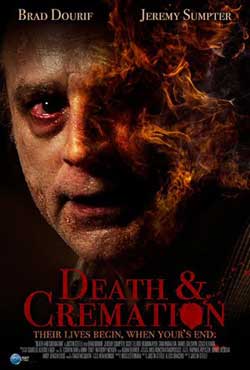 Stan seems to be just your typical weirdo who runs a crematorium from his basement, but in reality he is a serial killer. When he isn’t busy cremating body he is out there killing those who he perceives to be bullies, jerks, and just bad people in general. He prefers to work alone until young social outcast Jarod approaches him about a job. The two soon realize that they are more alike than they originally thought and they form a bond of friendship. Unfortunately a police detective investigating the recent string of disappearances that Stan is responsible for is starting to put the pieces together. Will the detective figure everything out and put an end to Stan’s killing spree before he claims another victim?

I have always been a huge fan of Brad Dourif, and once I found out that he was in “Death and Cremation” I was pretty excited about checking it out. He has owned every role he has ever been in and he doesn’t disappoint this time around either. He is absolutely awesome as Stan, and even though he is a ruthless killer you can’t help but like him. Hell, I was rooting for him the entire time because all of the people that he kills deserve it. Stan is a great character and “Death and Cremation” is great movie. 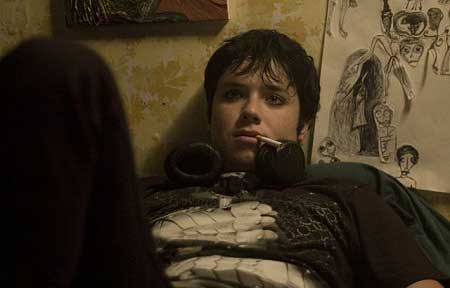 I totally dug this film. I thought that it was original, well-written, and had some excellent characters. I think the main reason I liked it though, was because of the fact that Stan just basically kills anyone who is an asshole to others. He is sort of like Dexter in a way as the people he kills are basically bad people, but he doesn’t do it for the same reason that Dexter does. Stan does it because they are annoying pricks who enjoy bullying and tormenting others. For example, the first person that we see Stan kill is this annoying soccer mom who won’t give up a parking spot to another motorist. Stan witnesses this and takes it upon himself to kill her for this simple reason alone! Basically Stan doesn’t like bullying of any kind, and it he sees it taking place he decides to do something about it. 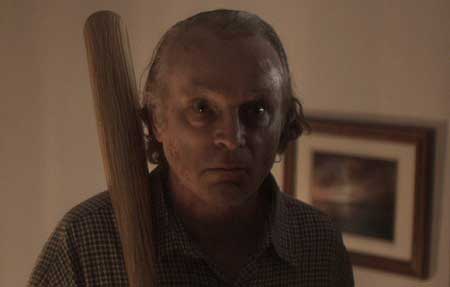 Another reason I really liked this film was because of the characters. Stan was excellent and there aren’t enough positive things that I can say about the character. He is creepy and weird, but at the same time he is likable. I actually felt sorry for him because there is just something about him that is just depressing. Jarod was also a great character. Jarod is one of those troubled high school students who just doesn’t quite fit in. He is bullied physically and mentally by his asshole classmates, his teachers don’t understand him and his home life sucks as well. He lives with his widowed mother who is desperate for any kind of male companionship, no matter how sleazy it may be. Basically Jarod is miserable (up until he starts to bond with Stan), and Jeremy Sumpter does a top-notch job in the role. I liked Debbon Ayer as Jarod’s sad and lonely mom (she actually reminded me of the character Karen Black plays in the forgotten horror classic “Mirror, Mirror”) and she is another character you can’t help but feel sorry for as well due to the hand that life has dealt her. I think that the characters are very realistic and that many viewers will have no trouble at all relating to them (as to the overall sad and bleak tone of the movie in general). 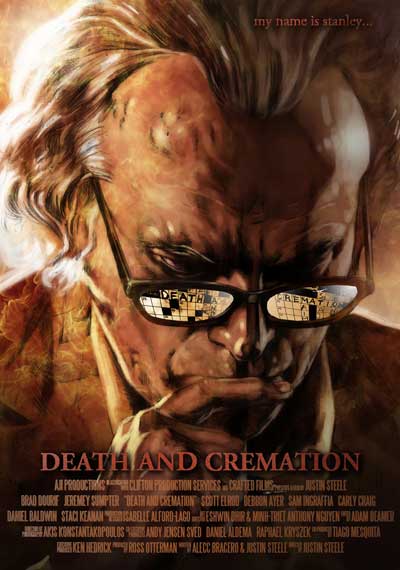 I was blown away by how good “Death and Cremation” was. It really spoke to me and I think that it will a lot of other people as well. There’s a little bit of Stan inside each and every one of us, even if some people don’t want to admit it. This movie is nothing short of brilliant, and I enjoyed every minute of it. Highly recommended.