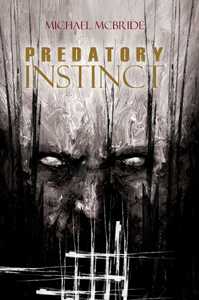 The fossilized remains of a previously unclassified hominin species are discovered in the Altai Mountains, prompting teams of scientists from around the globe to converge upon this isolated region of Siberia in search of further evidence to corroborate the revolutionary theory that a third proto-human ancestor coexisted with Neanderthals and primitive Homo sapiens.

What awaits them is anything but extinct.

FBI Special Agent Grey Porter leads the investigation into the mysterious circumstances surrounding the appearance of a factory trawler of Russian origin off of the Washington Coast. He finds twelve bodies; all of them exsanguinated through ferocious bite wounds on their necks. According to the manifest, there should have only been eleven.

Whatever killed them is no longer on board.

Elena Sturm of the Seattle PD is assigned to patrol the waterfront renovation project on Salmon Bay. While rousting the homeless from the underground warrens of the massive construction site, she stumbles upon the corpse of a man whose wounds are identical to those of the victims aboard the ghost ship.

Something has cut a bloody swath across the Pacific.

Michael McBride’s “Predatory Instinct” begins as an adventure to investigate where the remains of a previously unclassified species in the Altai Mountains was found. The adventure quickly turns into a bloodbath as the scientists discover that the species they are investigating are definitely not extinct.

From there, the book takes off at a pace that will keep you turning the pages so fast that you just might burn your fingertips

“Predatory Instinct is a taut and unrelenting tale that brings to the forefront what the love of power and greed can do, and what those with it will do to keep holding on to it.

This book contains everything you’d want in a great story; fascinating, believable characters, especially Grey, Elena and the unnamed creature, a greedy power hungry corporate bigwig, corrupt government officials (now really, in this day and age is their any other kind), and the creature that will steal it’s way into your heart, and if are like me, you will be rooting for it at the end.

If you are looking for something to read that will get your blood flowing, that will quicken your pulse, look no further than Michael McBride’s “Predatory Instinct”. I highly recommend it. 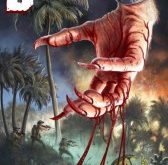