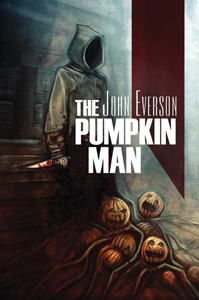 After her father’s gruesome murder, Jenn needed a place to get away from it all with some friends, to take her mind off her grief. The empty seaside cottage she inherited seemed perfect. Jenn didn’t know that the cottage held arcane secrets, mysteries long hidden and best left alone. She didn’t realize until it was too late that the old books and Ouija board she found there really do hold great power. And it was only after her friend’s headless body was discovered that she knew the legend of the local bogeyman was no mere legend at all.

An evil has been unleashed, a terrifying figure previously only spoken of in whispers. But now the whispers will become screams. Beware…THE PUMPKIN MAN.

Halloween in April. Yes you read that right. Actually as far as I am concerned Halloween should be every day and with John Everson’s new book “The Pumpkin Man” you can celebrate all things Halloween a little early this year.

As anyone who follows my reviews knows, I love John Everson’s work and always get excited at the news of a new book by one of my favorite authors. So when I had an opportunity to read and review this before publication I was not about to say no.

Mr. Everson didn’t disappoint with “The Pumpkin Man. It is a creepy, sharply written grisly tale that will make you think twice about the jack-o-lanterns you see in your neighborhood this coming Halloween.

Mr. Everson has loaded this story with excellent characters, twists and turns, and an inherited cottage that has more than just a few dark shadows and rooms.

“The Pumpkin Man” has a palpable sense of dread and fright lurking around every corner, hidden in every shadow.

What isn’t there to love about a book that has witchcraft, a Ouija board, and a creature that replaces the heads of its victim with a jack-o-lantern carved in their likeness.

So, if you are in the Halloween mood I would suggest you pick up “The Pumpkin Man”, you will not be disappointed.

I am also not happy with John Everson, as I now have to add “The Pumpkin Man” to my ever growing annual Halloween reading list. Thanks John! 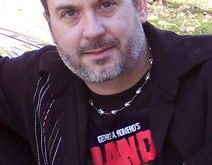 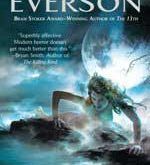