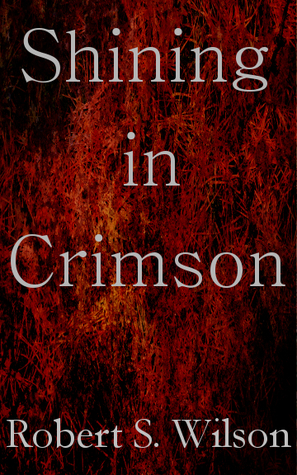 Enter to win a free paperback copy of Shining in Crimson on Goodreads.com. Right now it’s on page 4 of the most requested. You could help it get to page one and maximize its exposure on the site as well as put a horror/science fiction vampire novel on the first page instead of the sparkly romance kind.

Here’s a description of the book:
“A big-scale vampire thriller that changes the rules.”–Scott Nicholson, They Hunger

Set in a post apocalyptic religiously-demented American Empire, the city of Las Vegas is no longer a city of sin. Now called Necropolis, it is a city that eats sin. The vampires of Necropolis wait patiently for the Empire’s weekly drop off of guilty Penitents; sinners and criminals full of fresh blood.

Hank Evans is one of those Penitents and he would gladly let the vampires take every drop of his blood if it weren’t for one detail: Toby. Toby is Hank’s only son. Now, Hank must do whatever it takes to escape the city of the dead and save his son from an Empire as bloodthirsty as the vampires it uses to keep its people in line.