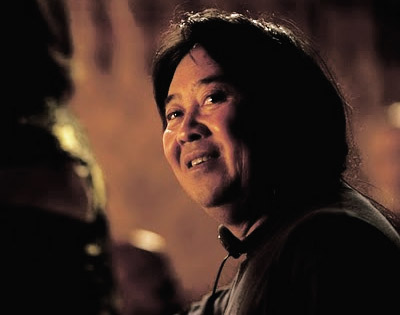 Not long before the passing of Albert Pyun on November 26th, his wife Cynthia had posted an open call on Facebook asking for fans to send him messages during his final days. I hesitated myself, as how can you put into a few words what somebody’s creativity has meant to your life and say goodbye to a man you’ve never met?

I tried, eventually posting about how his Nemesis films and other projects were a big influence on me growing up, probably influencing the scripts I would work on for comics and low-budget movies now. I could have written hundreds of words in that message but it wasn’t the time or place. With his health fading, I knew I’d never get to sit and talk to him directly about past and future projects, about how his work would be remembered even by his harshest critics, about how I’d always wanted to write a Nemesis movie as a teenager in the 90s and all the other stuff you’d want to say to someone you admire. 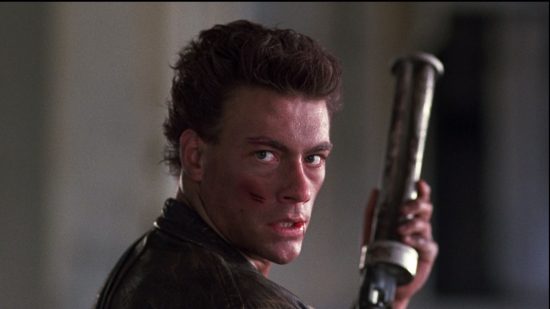 While Pyun’s films were often hampered by budgetary limitations, it’s plain to see that Pyun had a talent for completing projects that hung together well and fed his cult fanbase. The first Nemesis film is an ideal example of how Pyun managed to create an epic backstory, exciting fight sequences and a sense of scale on a tiny fraction of the budget of your average blockbuster. He got a lot out of his cast in that, Olivier Gruner’s lead character was bolstered by appearances by Tim Thomerson. Brion James and Cary-Hiroyuki Tagawa to name but three.

Look at the climactic fight on board a plane – while the stop-motion cyborg effects were pretty rough, it is still compelling in its urgency.

However, it is films like The Sword and the Sorceror, Cyborg and Captain America that Pyun will likely be most remembered for. The Sword and the Sorceror remains an entertaining early eighties fantasy action flick with monsters, swordfights and magic galore. Cyborg, a film retooled from the ashes of what would have been Albert’s aborted Masters of the Universe 2, wound up being a cult hit, catapulting martial arts action star Jean-Claude Van Damme to greater heights. His Captain America, released in 1990, starred Matt Salinger as the titular hero and while far from being the epic that fans hoped for, remained a welcome viewing experience for superhero-starved fans, long, LONG before the birth of the MCU. 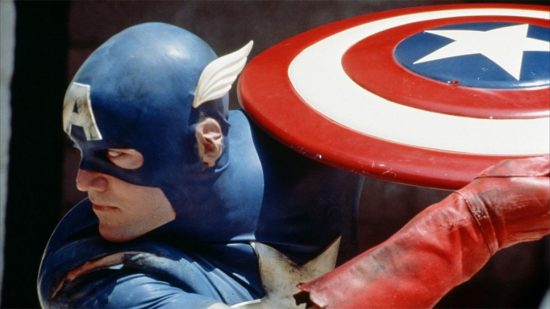 But it is in his smaller 1990s films that I found myself drawn into his work. Arcade, released by Full Moon, grabbed me in particular. Looking back at it now it feels cheap and plays like a Goosebumps episode, but at the time the mix of a David S Goyer script and cast like Megan Ward, Seth Green and John De Lancie was a pleasure to watch at the time. That’s despite the dated digital effects which – rumour has it – had to be rebuilt from scratch due to an early incarnation of them looking so much like Tron that Disney took issue with it. There are conflicting stories online and in print about that, so the truth may never be known. That decade also brought Nemesis sequels Nebula, Time  Lapse and Death Angel along with other films like Heetseeker, Urban Menace and more. He continued to release movies until fairly recently, when his health had become too much of an issue. I understand some unfinished projects remain. 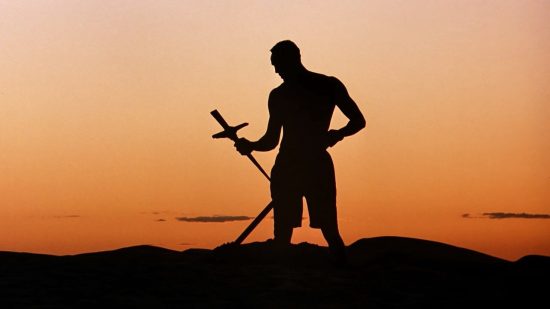 His filmography shows that there was more to Pyun’s work than just cyborgs. Science fiction, action, martial arts, comedy and even Westerns found their way into his output, and any director that can pull films together in disparate genres needs to have a level of talent and formidable organisational skills in order to do so.

It’s a shame that Albert rarely had the resources to do the concepts justice, as the limitations of the productions have given rise to some negative opinions of his work over the years. While armchair critics may sneer at his post-apocalyptic action movies or the more left-field entries of his early years like Radioactive Dreams or Vicious Lips, films such as the aforementioned Cyborg show off a director that knew what the hell he was doing. If you have a taste for low-budget genre flicks with surreal touches, Pyun’s films may well surprise you. For fans like me, this is a time to revisit and rediscover the favourite titles from a filmmaker that, often with the odds stacked against him, never gave up.

The Interrogation of Cheryl Cooper (2014)