Home | Follow up to Wicker Man, ‘The Wicker Tree’ picked up by Anchor Bay

Follow up to Wicker Man, ‘The Wicker Tree’ picked up by Anchor Bay

In 1973, the face of modern horror cinema changed forever with the release of The Wicker Man, starring screen legend Christopher Lee and veteran character actor Edward Woodward. Now, nearly 40 years later, the time has come for a new offering…

Anchor Bay Films announces the acquisition of the much-anticipated follow-up The Wicker Tree. The film reunites producer Peter Snell with the original helmer, Robin Hardy. Directed by Hardy, based on his acclaimed novel “Cowboys for Christ,” and produced by venerable UK company British Lion (who also produced the original), The Wicker Tree will be released theatrically in early 2012, Anchor Bay Entertainment President Bill Clark announced today. Anchor Bay Films has acquired all rights in the U.S., Canada and the U.K. to The Wicker Tree.

“The original Wicker Man set a standard for literate horror cinema that is still unsurpassed,” said Clark. “Now, with The Wicker Tree, we’re thrilled to present the follow up of this haunting tale to a new generation.”

The Wicker Tree tells the story of singer Beth (newcomer Brittania Nicol) and her cowboy friend Steve (Henry Garrett, “The Bill,” “Skins”), two virginal Texans who come to Scotland to spread the gospel. These two innocents don’t know what they’re getting into as they find themselves trying to spread their chastity message at the estate owned by Sir Lachlan Morrison (Graham McTavish, Rambo, the upcoming The Hobbit films), who has revived ancient local religious practices when an accident at the nuclear power plant he runs rendered the area men infertile. The Wicker Tree was produced by Peter Snell and Peter Watson-Wood and executive produced by Alistair Gourlay.

Lee, who played the mysterious Lord Summerisle in the original (in a career that includes Count Dracula and the Frankenstein monster in the classic Hammer films, Count Dooku in Star Wars Episodes II & III, and Saruman in the Lord of the Rings trilogy as well as the upcoming pair of films based on The Hobbit), returns again in a dramatic cameo as the “Old Man.” Rounding out the cast are Jacqueline Leonard (“Holby City,” “The Bill”) as Lady Delila Morrison, Clive Russell (Sherlock Holmes, The 13th Warrior) as Beame and Honeysuckle Weeks (“Foyle’s War” and numerous other UK TV projects) as Lolly.

British Lion Films has long been one of the UK’s premier independent studios, with such titles as The Entertainer, Lord of the Flies, Don’t Look Now, The Third Man and The Wicker Man among its credits. The company, in various forms, dates back to 1919. It has distributed more than 230 films, and produced upwards of 170.

The deal for The Wicker Tree was negotiated by Bill Clark, Kevin Kasha and Marc Barson for Anchor Bay Films; Peter Snell for British Lion. 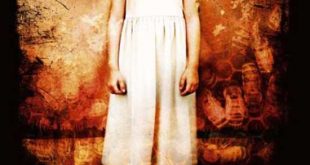 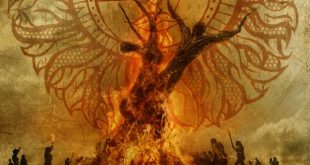 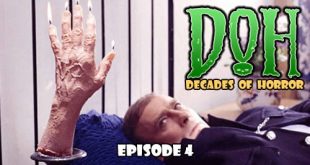