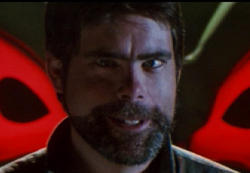 Our favorite time of the year, Halloween time is only about 6 weeks away!

Seems hard to believe doesn’t it? That don’t make it any less true and to prove it is so Turner Classic Movies today sent out word about their Oct. line up of classic horror films and it’s a keeper.

Kicking the whole thing off will be a brand new documentary titled THE HORRORS OF STEPHEN KING. Here’s what they say it’s all about:

In A Night at the Movies: The Horrors of Stephen King, which premieres on TCM Monday, Oct. 3, at 8 p.m. (ET), Stephen King discusses how he discovered terror at the movies. The best-selling author and filmmaker takes viewers on a journey through many aspects of the horror genre, including vampires, zombies, demons and ghosts. He also examines the fundamental reasons behind moviegoersâ€™ incessant craving for being frightened. Along the way, he discusses the movies that have had a real impact on his writing, including Freaks (1932), Cat People (1942), Invasion of the Body Snatchers (1956), Night of the Living Dead (1968), The Texas Chain Saw Massacre (1974), Jaws (1975), Halloween (1978) and The Changeling (1980), to name a few.

Like it states, it will air on Oct. 3rd and that will kick off their month long extravaganza of classic horror. You can CLICK HERE and head over to the channels site and check out the schedule.