More often than not, when I find myself in a conversation with someone else about horror flicks, it goes through the gross stuff, the slashers, the big names and the ones so bad that everyone knows them. Within a few minutes, we’re through all of the “have you seen this?” and “have you seen that?” of the regular horror film diet, and then we’re left with little else than to start making sexual innuendo or talking about politics and starting to hate each other.

But then, just as the waste matter’s about to collide with the oscillator, I remember a saving grace that I often have in these tight pockets: the foreign horror flick. From an early age, I wasn’t deterred or dissuaded from those silly subtitles, so I have a healthy balance of these films in my conversational repertoire, which has turned out to be rather handy (and once useful in getting me laid!) in more situations than I’d ever imagined.

They’re often more interesting, regularly more terrifying and they definitely make me feel pretentious and cool; they’re my top 10 foreign horror flicks, and perhaps they’ll give you a little extra to talk about in a tight spot. So, without any further ado…

10) El Dia de la Bestia (The Day of the Beast)
Simply put, it’s a flick about a priest who tries to thwart the coming of the Antichrist by bringing him forth and killing him. But it’s hilarious. And creepy. And awe-inspiring in the simplest ways. Flawed but endlessly watchable, Alex de la Iglesia’s El Dia de la Bestia is a great jumping-off point for anyone interested in foreign popcorn-munchers and the traditional religion-based horror flick. 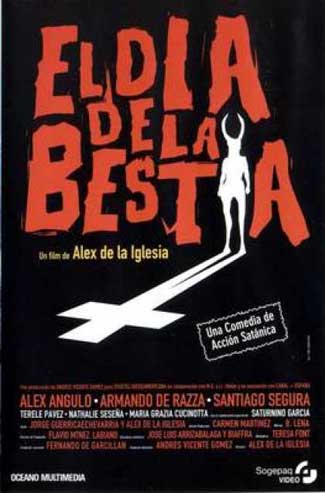 9) Martyrs
Let’s just get this over with, because Pascal Laugier’s miserable masterpiece became an immediate necessity in the film library of anyone who digs the cross-section of “foreign” and “horror”. Violent, mean, sad, scary and unrelenting, Martyrs does nothing but kick the sh*t out of its viewers and then doesn’t even offer the courtesy of a tidy ending! Good for that, but it definitely makes for a tough, if not required viewing. 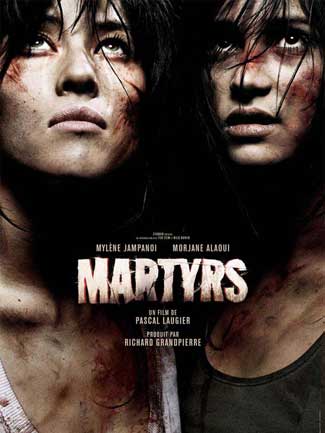 8) Calvaire: The Ordeal (2005)
Also mean, also French (well, Belgian) and also essentially ending-less, this movie veers “weird” where Martyrs went “sick”. Without giving a single thing away, it’s a love story…with some farm animals…and the weirdest dance scene ever filmed. And when that “ordeal” is done, the ending that is provided is simultaneously worthy of a hearty “what the f*ck!” at the same time as it’s flooring and powerful. 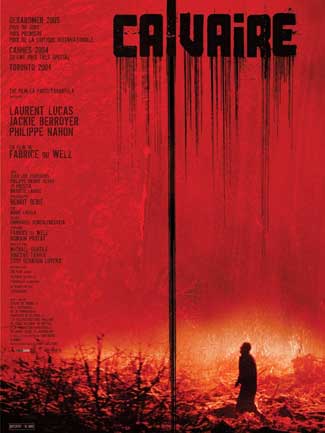 7) Los sin Nombre (The Nameless)
The director of [REC], Juame Balaguero, has been around for a little while now, showing himself to be a bit of a hit-and-miss kind of guy in my eyes. But The Nameless is definitely one of those hits. It’s a very spare movie, depending on very strong performances and mood for everything in this tale of a mother whose missing child suddenly comes back, some 5 years after being assumed dead. Another movie with an end that comes out of nowhere, and another movie where just such an ending absolutely fits and absolutely improves the movie tenfold. 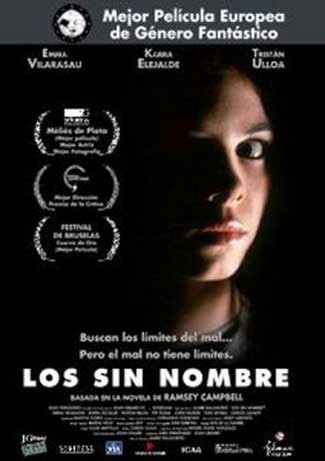 6) Choking Hazard
It’s a Czech zombie horror-comedy, which might be a party of one. It’s also very well done, very funny (despite the cultural divide) and pretty gory, which puts it in a small group as well. If you liked Dead Alive, Shaun of the Dead or anything of the like, Choking Hazard is a perfect leap into non-English-speaking territory. 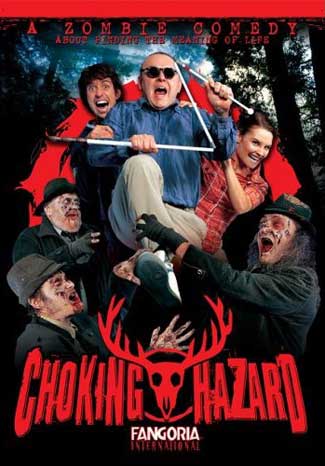 5) Inside (2007)
I’m trying really hard to avoid obvious flicks for this list, including stuff like Let the Right One In that any horror fan should know, watch and love without prodding. But Inside was just too good, too simple and devious and brutal to be denied. Although it’s rather well-known for being good, just HOW good it is can’t really be figured until the movie is seen. It’s short, not very sweet and doggedly focused on its plot of one woman trying to survive a grisly fate…and the people who get in the way. Yes, most people have heard of it by now…and that’s good. But every horror fan owes it to him- or herself to see this mean little movie. 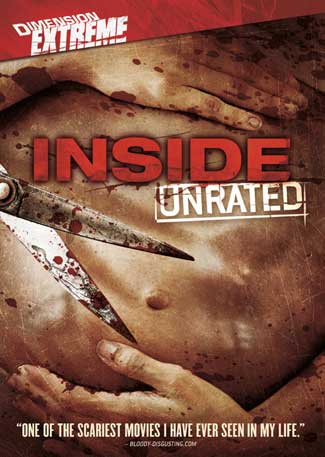 4) Phenomena (aka Creepers) (1985)
Dario Argento had to figure into this list somehow, and I figured that I’d throw down one of his lesser-respected films in an attempt to provide some more…esoteric…material. Starring a young Jennifer Connelly, this flick about killers, bugs and the girls who love them is pretty hokey by the end, all things considered. But the mood the film manages to convey–a sense of dread in, of all places, lovely Switzerland–is beautiful in a very stressful, scary way. Plus, Jennifer Connelly in a sh*t-pile of bugs. I’m not a bug person, so this works rather well for me where it might not for others. For those others: just relax and enjoy the killer soundtrack, which includes Iron Maiden and Motorhead. 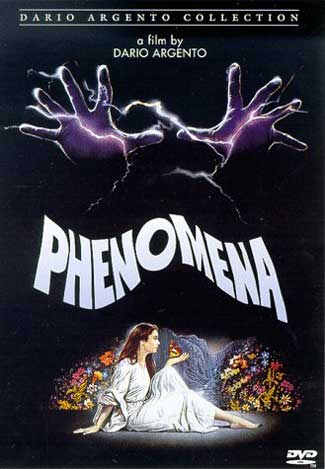 3) City of the Living Dead
And if we’re doing Argento, we’re doing Fulci! And though Zombie and The Beyond tend to come first on the Fulci list, this movie is immediately what comes to mind for me. It has the typical Fulci eyeball gag, a REALLY creepy priest who hangs himself, and monkey noises that are completely out of context. And zombies, puking organs, death, death and death. It’s f*cking sick, and I love it. 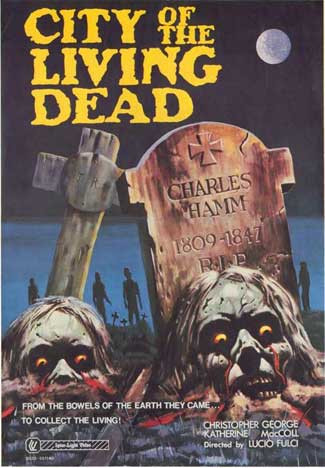 2) Aftermath/Genesis (1994)
This one is technically cheating, as it’s a disc with 2 movies on it. But with both of them sharing a thematic link and only clocking in at about a 1/2 hour each, I often tend to put the two together in conversation…and on this list. The first movies made by The Abandoned’s Nacho Cerda, Aftermath and Genesis both deal with the topic of death, but in an atypical way. The main characters in both films don’t really have anything with which we can identify, so the audience is ultimately led to identify with the dead entity. This, of course, makes for a unique, unsettling experience. Genesis is the better movie, I’d say, but Aftermath is easily the more f*cked-up of the two. Which one sticks with you more? Purely subjective view, but both are powerful in completely different ways that force us to ponder death. Never fun, but often art, and it’s definitely so in this case. 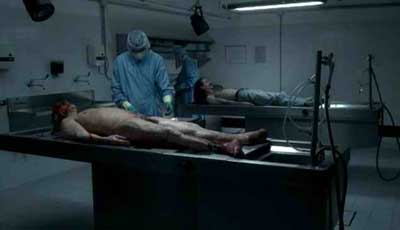 1) Let the Right One In (2008)
I know, I said I was trying to avoid movies like this, calling out this movie specifically. But in excluding other English-language foreign horror flicks in this list, Let the Right One In is the best. It has the advantage of being new, and therefore fresher in my mind than other horror flicks. In that, it also has the advantage of not being as played out as other, more legendary foreign horror movies. 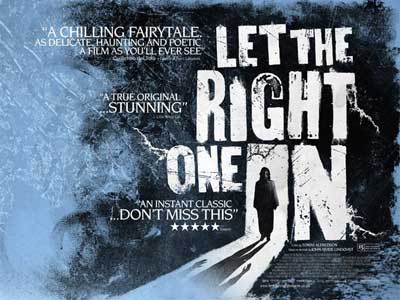 But given all of that, Let the Right One In is the first foreign horror movie I’d recommend to someone because it’s scary, heartfelt, sad, powerful, dark, and honest all at once. It’s the rare movie that doesn’t contrive or try to bend the will of folklore to suit its needs (or shortcomings), and it’s a tremendously compelling story to boot. It’s an instant classic, immediately essential and on the tips of horror mavens’ tongues for a reason: it’s damned good, probably the best vampire movie of the past decade, and maybe one of the best horror movies of all time. No joke there, and that’s why I made the joke of saying I wasn’t going to include this, when I knew all along that it was my #1.

Tags Calvaire: The Ordeal Choking Hazard City of the Living Dead Inside Let the Right one in Martyrs Phenomena The Day of the Beast The Nameless