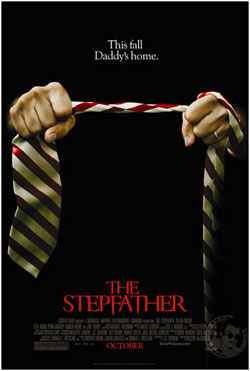 A young man named Michael returns home from military school to find that his mother has a new fiancé named David. David seems to be a good man and delivers on a lot of the promises he makes to Michael, but soon the edges begin to fray and stories just don’t seem to add up. Is David really the good me he presents himself to be?

I went into this review without thinking about the original Stepfather. Instead of trying to compare the two films I decided to treat the title as an urban legend. The original Stepfather was one of those urban legends to my friends and me when we were younger, we didn’t really know the details but we knew the name of the film. A lot of the remakes being released into theaters these days use this “urban legend” approach and sometimes it just happens to work. A story line like The Stepfather is pretty urban legend in itself so I sat back and decided to enjoy a retelling of a favorite ghost story.

Fans of the original Stepfather will instantly recognize and enjoy the beginning sequence of the film. For those new to the story the film starts by showing a man drastically changing his appearance in a mirror. He shaves away his beard and even puts in color changing contacts. After he finishes cleaning up he makes his way downstairs to go about his morning business. As the man makes his way around his routine the viewer is treated to Christmas carols in the background and the house appears to be pretty festive. The festive feeling is only there for a few minutes though because at about that point director Nelson McCormick decides to start the show the dead family around the house. As the man empties his cup into the sink the viewer also gets a glimpse of the tools used in the crimes seen throughout the house.

The film then focuses on a group of detectives who are trying to solve the murder case. They discuss their suspects, including the murder woman’s ex husband. They finally agree to a suspect however in the woman’s recent husband, who convenietly has gone missing since the grisly murder.

The Stepfather then starts with a scene in a grocery store. Susan Harding is grocery shopping with her two children, and as any parent who has went through this frustrating event would know, she is struggling. The guy from the beginning sequence though is right near by and he turns on the charm right away. The two run into each other in the checkout of the grocery and then meet up in the parking lot and that is when he introduces himself as David. Susan, who must be feeling really gutsy that particular day, asks David if he would like to come to dinner with her and her children and he of course accepts.

Six months go by and now David lives with Susan and her two children, did I say two well I meant to say three. We are soon introduced to Susan’s third son Michael and his girlfriend Kelly. Male audiences of The Stepfather are going to love the character Kelly as she is seldom seen wearing real pants through most of the film. Michael has been away at a military school and is returning home for the summer. David introduces himself to Michael and soon learns that Michael wasn’t sent by choice to military school, rather as a punishment. The punishment has been put aside however because Susan is throwing a surprise party, it is during this scene we also learn that Susan is already engaged to David after only six months.

At the party David decides to have some man to man time with Michael. The two of them go down into the basement, which David now has under lock and key. David pulls out a bottle of tequila and asks Michael not to tell, as he wants to still seem perfect to Susan. The two men start to take shots and discuss what Michael is going to do with the summer. David makes Michael several promises and genuinely does come off like a good guy.

The next day things start to change for the worst for David. The neighborhood gossip stops by early in the morning to tell Susan that she saw a man on America’s Most Wanted. The neighbor goes on to tell the story about how the man killed his entire family, and that the man looks just like David. David goes to lunch with Michael and messes up the name of the daughter he lost in his former marriage. David then chokes out Susan’s youngest son for playing his video game too loudly. Needless to say Michael is starting to get a bit suspicious of David.

Michael has problems of his own throughout the film Kelly wants them both to go off to college together, his mom’s fiancé is kind of creepy, to top it off his real father is in town. The movie doesn’t really go into much detail about Susan’s ex-husband really just enough to hint that he isn’t a very good person. The film never really says why but Michael doesn’t want anything to do with his father.

Things start to get a bit darker however when David finally decides to silence the nosey neighbor from before. He sneaks into her house and pushes her down a flight of stairs, when that still doesn’t kill her he just simply suffocates her. It doesn’t take long for her body to be discovered and Michael overhears David talking to the mailman about it. When Susan and rest notice the police outside they question David who adds details to the story that weren’t told to him by the mailman. Michael notices that and then Michael’s father storms into the house threatening David because the younger brother told him about the choke out from before. David is starting to seem less and less like the perfect gentleman that Susan thinks he is, hopefully Michael can convince her in time.

The story behind The Stepfather is really just like an old urban legend, and if the viewer watches this film like that instead of comparing the two versions they will find it to be an enjoyable film. The cast handles their roles very well and the tension and mood is set at the right tone. The viewer also will come to enjoy David’s some how super ability to suddenly appear in doorways.

There are quite a few deaths in the film, but really there isn’t any of the red stuff flying around on screen. One victim is suffocated, one is suffocated by a bag over their head and one other is drowned. Gore hounds might want to turn their attention away from this one.
The Stepfather really is a simple story and director Nelson McCormick has done a fairly good job in capturing the tension involved inside the story. The ending is also quite climatic involving a fight with a buzz saw, but it was all done in the vain as the film ends opening itself up for another sequel. 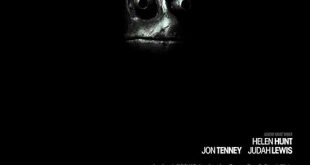