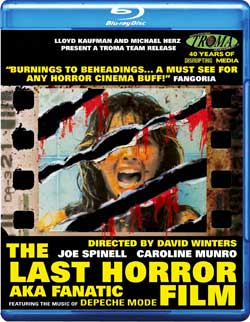 Vinny Durand (Spinell), a lonesome New York cab driver who lives at home with this mother, has dreams of becoming a famous film director. Comsumed by his depraved obsession with beautiful horror actress Jenna Bates (Bond girl Caroline Munro) and determined to have her star in his first film, Vinny trails her to the Cannes Film Festival. While Vinny’s disturbing fascination grows, a mysterious killer begins slaughtering all people in Jenna’s entourage. Are the crazed fanatic and the psychotic killer one and the same? Will this be Jenna’s Last Horror Film.”

Even now, the digitizing of old horror films continues to make its way into the new hands of genre lovers. Troma Films took on an old 80’s film originally called “Fanatic” and re dubbed it “The Last Horror Film”, which didn’t make much difference as I don’t remember ever seeing the original title. Directed by David Winters, this film has all the classic retro 80’s traits from an era that still haunts us today. Big hair, lousy disco mixes, cheesy music scores, and a fine helping of bad acting across the board. Though I think some of that is inherited from the culture at the times when “Hart to Hart” was the hip show on TV. Starring Joe Spinell who plays the role of Vinny Durand coming off his bigger hit “Maniac” drips a creepy, greasy sleazy persona that drips off of him like a pedophile in a children’s show. 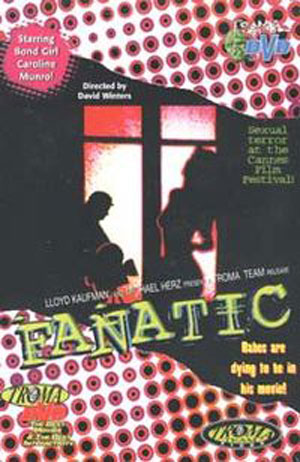 While the film makes attempts to sympathize with his mommy complex character, the attempt falls short in the wake of his inherited creepballness screen presence. Vinny is an up and coming director that dreams of the day to cast screen actress Jana Bates in his next feature. That dream is more of an obsession as evident from his wall to wall picture gallery. Though determined he sets out to the Hollywood scene as Jana is paraded from film set to publicity event in the midst if the Cannes film festival. All the glory and cheesiness of the Hollywood scene is mocked in the films sensationalistic approach to showing the audiences how the system works. 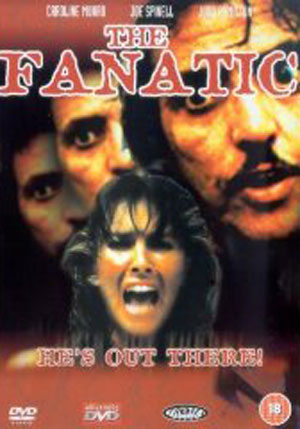 That system doesn’t seem to favor Vinny’s attempts which play him as a stalker goof rather than a serious filmmaker. Though in a rather odd series of segues we get to see inside Vinny’s head as he dreams delusion of grandeur including praise from all his colleagues. The clincher lies in the fact that famous Hollywood types are being brutally murdered by an unknown assailant. Jana seems to be on that list that points fingers to the unrelenting pursuits of Vinny the hack film director.

There is also no shortage of film watching within a film going on as the actors go to screenings and compare notes about there latest productions. One too many leisure suits and Farrah Faucet hairstyles will make you giggle as it tries to horrify. 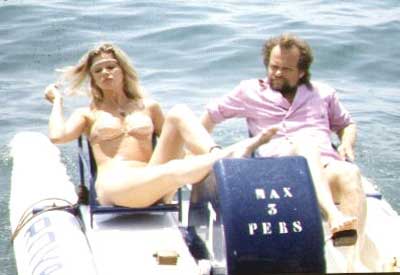 The film employs healthy dose of old school FX with unrealistic fake heads that roll off bodies and prop death scenes using whatever left over mannequin bodies they could find. While the intention was to be gory, that intention has been lost with the level of macabre that we’ve grown accustom to in our present day horror films viewing. There of course is plenty of one off disco songs that go nicely with the mottled celluloid film look brought back in the restoration. My only comment there was perhaps it couldn’t have benefited from a little bit of sharpening and color enhancement. Otherwise the transfer is pretty close to a direct from VHS look. 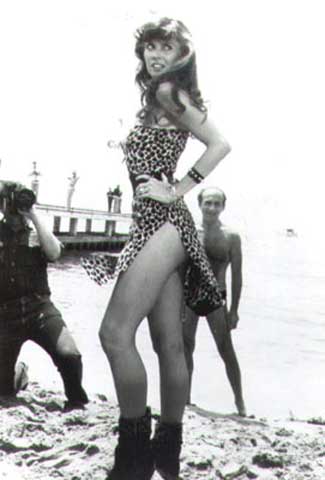 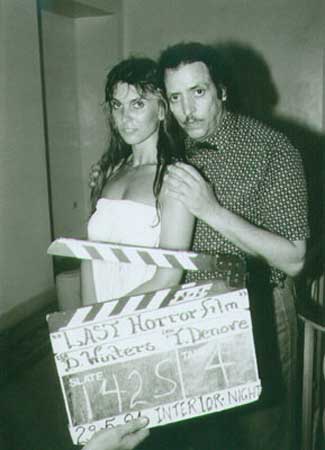 The film is not a “how could I have missed that ” kind of film, though it still brings a stylized charm that only can come with watching old 80’s trends resurfaced on screen. I’ve seen a few of these this year, and while they don’t knock my socks off I find myself almost more entertained by the sign of the times than anything. In any case its still good to see these films being repackaged so that they can live again. Since this is more of an acquisition its not the same mold as the usual Troma films. Though watching the overweight Joe Spinell do his thing will make you want to shower shortly after.

The Last Horror Film is now available on bluray per Troma