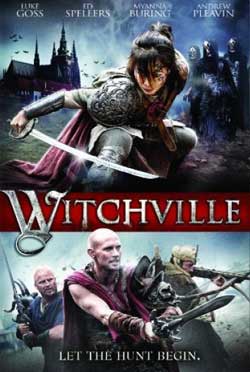 Malachy has just learned that his father the king has passed away and is asked to take country of the small kingdom. Malachy’s kingdom however is dying since all of the crops have dried up and thieves and bandits now run the streets. A man by the name of Kramer introduces himself to Malachy and informs him that the reason his kingdom suffers is because a coven of witches is causing the disaster, it just so happens that Kramer is also a witch hunter….

“This is your birthright….You are our king!”

Here we go again with another one of those SyFy original films. Most of you already know what to expect: hambone acting, poor action sequences and a terribly heavy use of cgi. Yes Witchville does contain all three of these, thing is however is that Witchville is actually quite entertaining and actually a very fun ride. 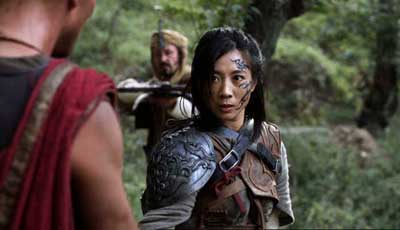 Witchville starts by introducing the character Erik who travels to a local pub to inform Malachy and his friend (and Erik’s brother) Jason that Malachy’s father has fallen ill and that he is ordered to come to the king’s side. During this short segment the viewer is treated to just one of the many fight sequences that are littered throughout Witchville, and the good news is most of these fight sequences are pretty darn decent for a SyFy original!

Malachy arrives at his father’s kingdom and learns that his father has passed and that he now is king. It is while traveling the streets of his kingdom, which is now littered with beggars who fear for their lives and bandits that he meets a strange man named Kramer.

Kramer informs the young king that his kingdom and his life are in danger because of a coven of witches that have decided to curse the town. The strange magician also offers his services to the young king as well since he is a witch hunter who holds in his possession a book that details the history of these particular witches and how to properly destroy them. 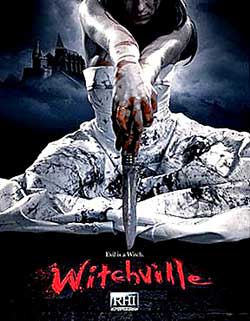 Most of the beginning of Witchville is the four main characters travelling around the kingdom attempting to find the said coven of witches until they run into a group of women, this leads to a great fight sequence before the group of women join up with Malachy and his men in order to stop the evil.

Witchville offers a lot of eye candy for a SyFy original. The sets are very nicely done as well as the costuming. My only real complaint is the use of “show” swords as the main weapons. There are some pretty laughable sequences involving sword fights with blades that look like they were purchased from your local shopping mall and not a blacksmith. 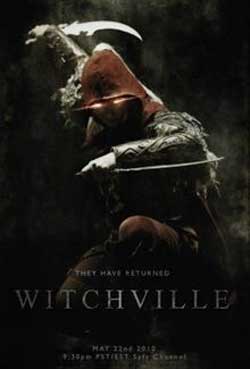 Like most SyFy originals however Witchville does contain a whole mess of cgi effects, however Pearry Tao has incorporated the cgi effects into the script. The main use is a red powder (the dried blood of the witches themselves) that flies through the air, it also explodes when one of the witches are destroyed.

I think I should discuss the witches of Witchville, most of them wear masks so one really can’t tell what’s up only that the strange red dust seems to circulate around their heads. The two main witches are the Red Queen and her daughter, the latter is involved in quite a few excellent fight sequences. These aren’t riding on a broom witches, or are they devil worshippers. These are just women who can use the black arts to their advantage. Basically they are women who throw around cgi fireballs and waves of energy. 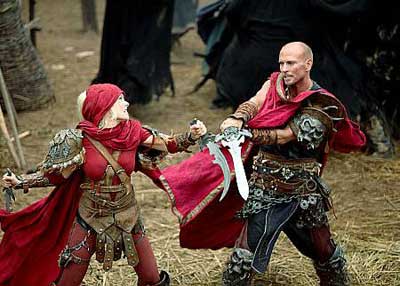 Witchville isn’t afraid to kill off some of its main characters, in fact one gets taken out around mid film and the pacing is actually quite perfect for a made for television film making it actually very enjoyable. I at least didn’t find my eyes wandering away from the screen onto my surroundings which usually happens when I watch a SyFy original.

SyFy originals seem to have their own cult fanbase and of course these folks are going to love Witchville, the thing that sets the film apart from others in its ilk however is that others can actually enjoy Witchville and all of its charms. Set your dvr’s people and make sure you give this one a chance.