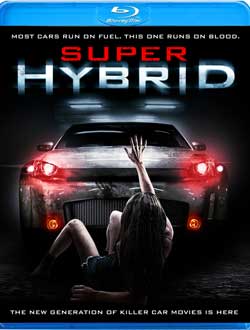 Late one night, a mysterious car is brought into the Chicago police impound garage after a deadly traffic accident. The on-call mechanics soon discover the car has a mind of its own. With hundreds of horsepower and two tons of reinforced steel at its command, it’s a seemingly unstoppable killing machine capable of outrunning — and outwitting — humans.

Throughout film history (Well actually, maybe since the early 70’s) there have been films about “Killer” automobiles. Spielberg’s “Duel” being the best of them. But not all of them had the good fortune to be directed by Mr. Spielberg so we also got “The Car”, “The Hearse”, “Maximum Overdrive”, “Trucks” (Which was “MO” cut for television), “The Wraith”, “The Cars That Ate Paris”, “Killdozer” (Not technically a killer car movie but killer bulldozers are cool too) & “John Carpenter’s Christine” (His name is always part of the title..it’s in his contract) among myriad others. All of these films have their champions but most of the are pretty stupid in my opinion. If The Black Saint found himself being attacked by a car I’d just run into a building with a second floor. What’s the car gonna do? Take the elevator to two & get me? I don’t think so…

But I suppose it’s been awhile since we’ve gotten a “Killer Car” movie to talk about. Luckily for us, director Eric Valette & writer Benjamin Carr think they have the solution. “Super Hybrid” (That’s the title on the DVD box but the actual film is just called “Hybrid” on screen) is definitely one of the stupidest movies I’ve ever seen. But that doesn’t make it necessarily bad. In actuality I had a ton of fun watching this thing! It’s definitely the best “So bad it’s good” movie I’ve seen in a long time. I just wonder what they were smoking when they were making it…. 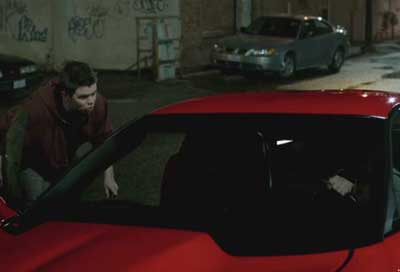 “Super Hybrid” tells the story of a driverless car navigating the streets of downtown Chicago. It’s a nondescript Black sedan of sorts, sleek but nothing that really stands out in a crowd. The film opens with an (admittedly) awesome overhead shot of a cloverleaf highway loop at dusk, which pans into a shot of Chicago at night. Buildings looking majestic against the setting sun. It actually reminded me a bit of the opening of “Blade Runner” a bit. It’s a beautiful beginning to the film indeed. But once the camera gets down to Earth….oh boy.

We find our intrepid hybrid cruising the streets when it happens along some knuckleheads exiting a club. As they stand with their backs to it, it morphs from a Black sedan to a Red sports vehicle. One with no driver & with a key in the ignition. So one of them get in of course & convinces his buddy to hop in as well. As soon as they’re both in the car, the doors close automatically & all of a sudden they hear what sounds like….a growl. Than they realize that the ignition is gone. So are the door handles/locks. They’re trapped in the car as the windows black out. As they are screaming for dear life we get a shot of one of them pressing his bloodied hand & face into the driver side window as it blacks out completely. Obscuring the fact that something in the car is eating them. Yeah, that’s right…I said EATING THEM.

After it’s meal, it begins a jaunt down the busy Chicago streets, merrily weaving it’s way through traffic. But apparently it don’t drive too well because it promptly blows a stop sign and is broadsided by another car. It’s then towed to the 29th district garage where we find the rest of the cast going about their business. The biggest name in the cast is Oded Fehr (The Mummy & it’s sequels) & he plays the manager of the facility, Ray. He’s also something of an asshole as well. There are 4 others with him, Tilda, Bobby, Maria, Gordy. Of all of them only Shannon Beckner as Tilda makes any impact in her role. Not that the others are bad but the movie does boil down to the car vs. Ray & Tilda. But what exactly is making the car go? And why is it so darn hungry?

Well, we get that explanation later on in the movie. An attempt to open up the hood of the car after it morphed into a completely different car than was brought in to the garage leads to the realization that it has no engine. Underneath it’s hood are a bunch of Blue CGI toothy snake looking thingies! And they are boiling mad lemme tell ya! So mad they’re gonna make sure nobody gets out of this garage alive. Now you might be asking yourself right now “What the hell is The Black Saint talking about”? “Blue Snakes”? “What the hell is this movie about”? Well one of the disposable characters figures it out…sorta. After seeing the beasties & recoiling in horror, he remembers a Science lesson from school in which he learned about a squid called a “Peritussis Inoculitis” (I looked it up & couldn’t find it). But anyways…this squid can change it’s appearance into anything it wants to so it can adapt to it’s environment seamlessly. “But (Our disposable character mentions) it looked more like an Insectoid”, so he deduces that it’s “Some sort of Hybrid, that’s been evolving for millions of years. It could’ve been a cave for centuries before it figured out that a car makes more sense to evolve into”. Because cars can move & if they can move…they can hunt.

So there you have it! Our “Killer Car” is actually an amalgam of a squid & an insect that has evolved over the millenia into a car so that it can cruise about the streets & eat unsuspecting victims. It’s also learned to morph into a lot of different cars along the way as well as it changes into quite a few different cars over the course of the movie. My favorite was the “Low Rider” with the hydraulic wheels that lifted it up or down. I just wanna know, where are all these friggin’ genius squids when man catches them in a net & BOOM! They’re fried calamari. I like fried calamari a lot but I don’t wanna eat some & then crap out a bunch of Hot Wheels cars all of a sudden…and then have them all chasing me around my mausoleum. That doesn’t sound like fun at all…

Eventually it all boils down to Ray & Tilda against the Squidbug that thinks it’s a car. Everyone else dies in ridiculously stupid ways. The fact that the car is far smarter than the cast is one of the film’s highlights. I guess if you’re millions of years old you learned some tricks along the way. The film is replete with funny lines like “We’re mechanics, not X-Men” & “A shapeshifter? Like those machines from outer space”? & my favorite, “If it bleeds…we can kill it”. Somehow that had more heft to it when Arnold said it in “Predator”, not when Tilda says it in a garage as she decides to kill the squidbug that thinks it’s a car. Ray decided earlier to try & capture it & sell it to the highest bidder. He figures it’s worth $250,000 at least. Ray is really stupid. If I walk by a car & I hear it’s stomach rumble or I hear it growling like a bear (which it does in the movie), I’m going inside the nearest building & taking the stairs to the second floor. It’s so easy people! 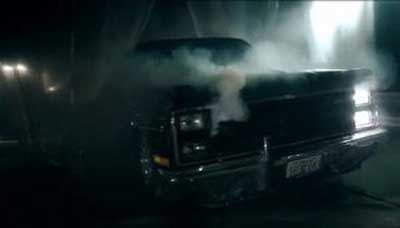 I don’t need to get into anymore of the particulars because quite frankly, I liked this stupid ass movie a lot & I want you to see it. It’s so stupid you have to begrudgingly respect it in a sense. I mean, who thought up this sh*t? Oh yeah, writer Benjamin Carr did. Well bully for him because he got paid for this script. I wish I could think up something this stupid & not only get paid for it, but see it produced as well. I did some research & found that it was produced for $13 million dollars & was released theatrically overseas in 3D as well! Granted that’s not a giant budget but a lot more than I thought it would cost. As to the 3D…I didn’t see anything that looked like it would translate to 3D especially well. Director Eric Valette also directed the American remake of “One Missed Call” & the interesting “Malefique”. He gives it the old college try here but the inherent stupidity of the script is a tough hump to get over for sure. But I still liked this movie. It’s stupid, not boring. I actually watched it again immediately after it finished because I had a great time watching it. I truly did enjoy this movie in spite of it’s silliness. I think you might too. Killer squidbugs that turn into cars?, indestructible heroines?, Dumb ass men who try to outrun a car chasing after them?, A car that can’t catch them? Come on people!! This is movie magic!

The Black Saint is giving “SuperHybrid” three shrouds. That’s right, I really liked this movie. It’s a ridiculously entertaining mess of a movie that is perfect for a lazy Saturday afternoon. If you see it, rent it & enjoy it. I can almost guarantee that you’re gonna dig it. But then again, I am a fan of dumb movies. The Black Saint is done for now. I’m gonna start working on a script about angry Seahorses that evolve into those little scooters that kids ride all over the place. Hell…it can work!! 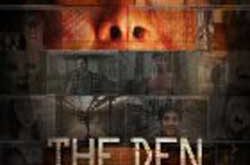 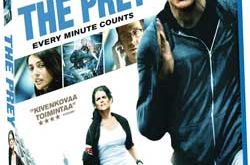 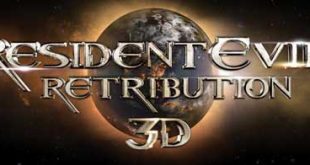