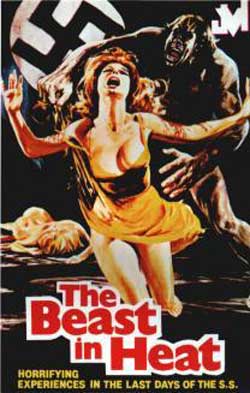 A beautiful French female gets her face ruined by some crazy broad who throws acid on her face. Her determined brother is a doctor and promises to restore her beauty and make her look like an attractive girl again. He begins to kidnap young and beautiful females and bringing them to his clinic with the help of his nurse and soon enough they kidnap a model and her father sends a detective out to find out what has happened t her.

Also known as SS Hell Camp, “The Beast in Heat” is notably one of the nastiest video nasties on that massive list. It’s still currently banned in the UK and Australia. This is one of many Nazi exploitation films fictionalizing World War 2 Nazi POW camp atrocities. 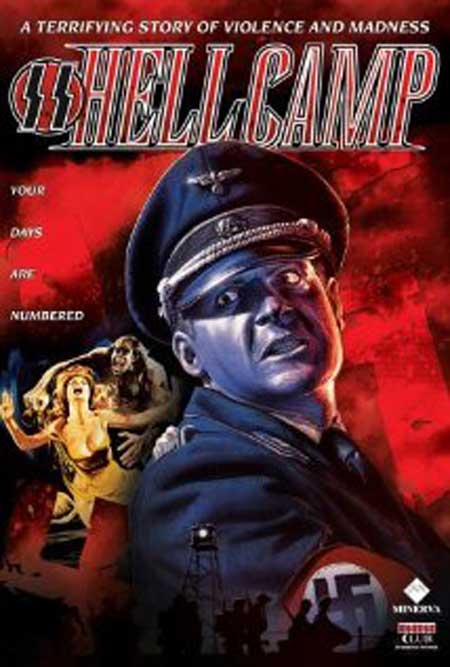 In theory, the Nazi-sex cycle of exploitation cinema should be an absolute winner. Not only are these films based on spectacularly non-PC and offensive plot premises, but by their true nature they give plenty of opportunity for the film makers to work in scene after scene of gore, nudity, sex, and combinations of trees. The Nazi films are ineptly made, dull, boring, and not nearly offensive as they should be. 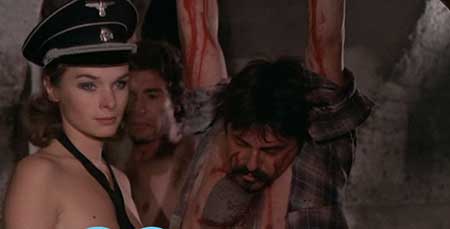 The comedy of the caged beast is enough to keep you watching. The nastiest gore scenes surface at the end, one scene especially where the beast rips off part of a girls vagina and starts to eat it along with the pubic hair. The beast is raping these girls and eating them at the same time. Seriously, you have to be really f*cked up to enjoy this. I will pull it off my self years from now and be disgusted when I see it again. It’s just plain sick. 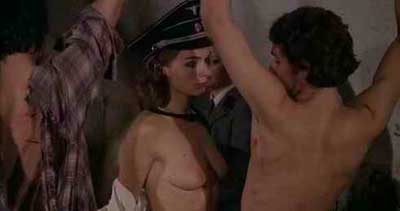 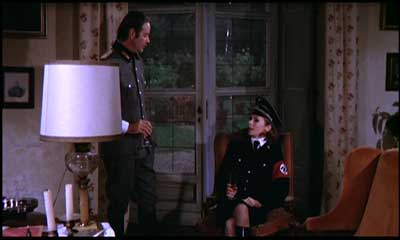 The film rips so many other films and documentaries off it’ll make you laugh alone. There are many scenes of some war documentaries that have extremely bad picture quality. The same thing is with Bruno Mattei’s Hell of the Living Dead that rips also everything possible off including the Goblin score from Contamination and Dawn of the Dead. The film doesn’t even have a credits in its beginning. “Apparently” every member of the crew including the director wanted to take their names off from this film.

Macha Magal as the evil Dr. Helene Krast was obviously inspired by Ilsa. I do believe Magal is hotter than Dyanne Thorne (sorry) but she has a much prettier face and she did scare me a little bit but of course no one can compare to Dyanne Thorne. Magal doesn’t have much of a career.

This is available on tape under various titles, Nazi Holocaust even. The story of the actor playing the beast is actually pretty funny. Salvatore Baccaro who was convincing enough to play the character without any special effects makeup or costuming, really? WOAH! Then that’s one ugly man beast. 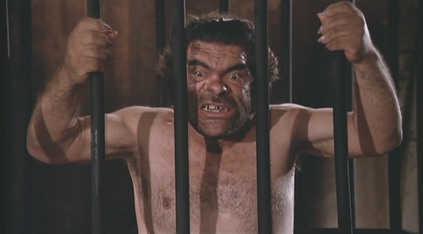 Overall The Beast in Heat is surely wild so fans of Italian exploitation wont be disappointed. God only knows who would want to watch The Beast in Heat for entertainment purposes. It’s probably the more offensive of the nasties and despicable Nazi subgenre. Because of its infamous status as a banned movie it’s worth collectors like me tracking down. The rape and torture scenes are explicit so it’s no wonder why it’s banned worldwide. At least other nasties like Cannibal Holocaust have some artistic merit. Recommended for the sick at heart or die hard collectors only.