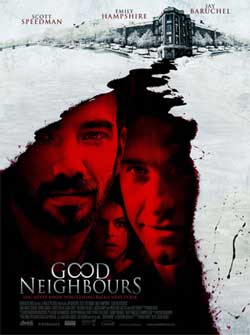 Takes place in 1995, the year of the second referendum on the separation of Quebec. In the dead of winter, a serial killer is on the loose in the small Montreal neighborhood of Notre Dame de Grace. The tenants of an old apartment house must figure out who they can trust and who they can’t.

Good Neighbors starts off like most dramatic apartment-style films. Seemingly unpretentious, quirky, “Friends”-like and safe. Safe except for that reoccurring newspaper report of a local serial killer. But before getting into that, it’s time to meet the neighbors. Jay Baruchel plays Victor, the new somewhat geeky tenant school teacher who when not grading papers is trying his best to make new friends. Victor is often over accommodating in the most innocent ways. His neighbors include mainly Louise (Emily Hampshire), a young girl with a special heart for cats and Spencer, the handicapped wheelchair bound local nice guy with a weird sense of humor. All starts as expected….small talk into helpful gestures into small get-togethers. We lean that Louise waitresses at a local Chinese restaurant and Spencer is wheel chair bound from a car accident that killed his wife. Victor who comes across somehow lonely is constantly overcompensating to make an impact. Spencer, who seems to wear a fake smile most the time makes quirky comebacks that seem somehow rude but then quickly covered up with simple resolves.

Louise has been a tenant for awhile. So  when not battling with her Italian neighbor over her invasive cats is completely engaged in the local serial killer reports.

She asks Victor to walk her home one night as a precaution in which victor reads as  sign to literally do it “every” night. Victor isn’t threatening enough to ever become creepy. Rather he comes across as the lonely and overbearing dweeb.  There is this constant sense of subtle tension that each of the lead characters seem to experience when together. That break the ice moment, never really seems to come even as begin to understand that Louise and Spencer have been friends for awhile

In any case, you get that whole “Friends” TV show vibe that is gearing up to maybe something not so friendly. Thru each individual we start to see a bit of weirdness stirring that tells us “as viewers” that something maybe isn’t adding up. Smart viewers will instantly start to make assumptions about the serials killer reports and as a result look for connections that tie loose ends together. Though, don’t let your assumptions overtake where the direction of the film is going. It is clever in misdirecting several times, while other times being so dead on that you are shocked. This is where “Good Neighbors seems to excel.

I think the big question here is, can you call this a horror film? Ok, there is some horror in it (I’ll leave that portion to viewer experience). I found that the horror element here is subtle making way for a dramatic dark comedy flavor instead. It’s not quirky enough to be called a cult film and it’s not straight forward enough to be called a dramatic thriller. I really didn’t laugh through it to be lumping it into a comedy. Though there is a comedy shell that you can feel in the directors intentions.

Director Jacob Tierney did a great job of bringing us something slightly different than all our usual expectations. I think at the end of the day, the film is entertaining enough in its elements to be a product that will get watched more than once. Did I love it? No, but I still liked it enough to call it a good product. You’ll definitely recognize actor Jay Baruchel who has been in alot of films and TV shows. For me, the connection came form the movie “Knocked up”. Other reviews on this, (which I read after my own perception and watching the film) range from extremely great to horrid. The unbalance smells more like marketing input versus those from real viewer response.

In trying to recap, it still felt like something here was missing, and the worst part is, I’m not sure what. Because of this overwhelming feeling, I know “some viewers will leave disappointed, unresolved and un amused. Take it with a grain of salt…. Good Neighbors is only “good” but never great. 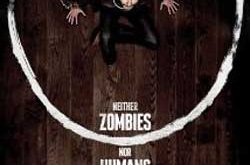 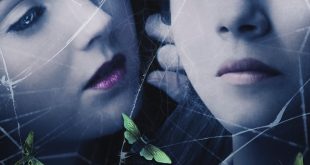 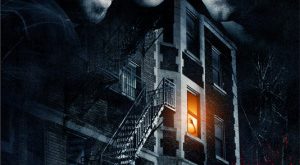