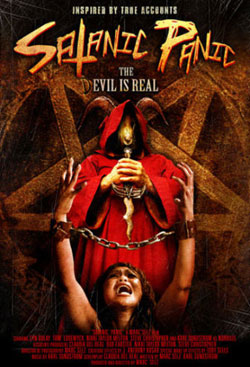 Inspired by true events, this bloody chiller tells the story of young Toby and Cindy Richards, who are abducted by a Satanic cult. Although Cindy escapes, Toby is never found, and Cindy remains haunted by the ordeal. Twenty-five years later, a group of friends reunites for a camping trip, which goes horribly awry when they’re stranded near the site of Cindy’s abduction and terrorized by fiendish satanists looking for sacrificial victims.

Inspired by True Events, Satanic Panic is not just a cool title for the film but based off a phenomena that mostly got its push from the 1980’s. If you remember the times, which I do quite frankly….. these were days when we would see alot Satanic controversy on talk shows, in the news, in papers and even the focus of entire articles dedicated in top name magazines. 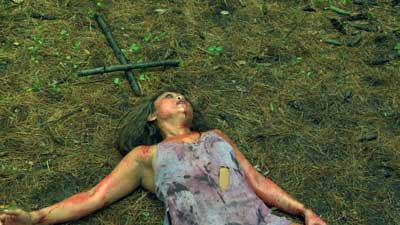 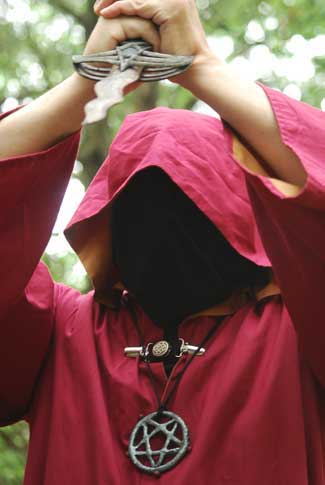 The world was facing a new fear that unknown to them had existed far longer than the media promoted it to be. This film is based off of those times. Now upon first look the instant reaction will be that this is another documentary film. That is of course upon first look. As the movie progresses it actually manages to transform itself into a series of staged documentaries into staged events for the strength of the story. Then it takes it a bit farther and transforms into a story in progress about a group of folks who went on a cano getaway and got lost in a fateful Satanic occupied town.

The title cards announce that in the early 1980s a rash of bizarre disappearances were being blamed upon an underground network of Satanic cults who were kidnapping adults, children and animals for ritual use, sacrifices and physical abuse. It’s peak was 1980. To this day it still exists though has returned to its shadows and out of the media. The film goes on to interview victims, reports, kidnappings and even a professed Satanist himself. 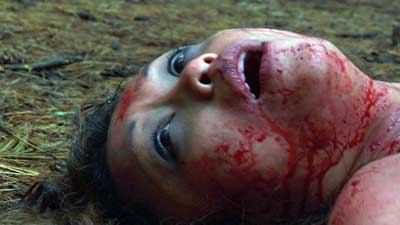 Oddly this Satanist comes across more humorous than believable with his over emphasized flamboyancy that I’m sure is not the image that all Satanists share. There is also a clear difference between Satanist and devil worshippers, of which is not entirely pointed out in this film. Though all the imagery is matched whether it be true of stereo typical. Now the imagery that progresses shows some of the more brutal aspects which are replicated to infuse a visual replication of the reports that were given. We see torture, stabbings, sacrifices, abuse and alot of screaming. Done rather well its important to note that this is not real footage but cinema. In one scene a frightened girl is asked where or who the Satanists might be. She answers with “everywhere”. A statement which is almost a foreshadowing of the state of the issue itself.

In digging into the background I found the following noted on wikipedia:
Satanic ritual abuse (SRA, sometimes known as ritual abuse, ritualistic abuse, organized abuse, sadistic abuse and other variants) refers to a moral panic that originated in the United States in the 1980s, spreading throughout the country and eventually to many parts of the world, before subsiding in the late 1990s. Allegations of SRA involved reports of physical and sexual abuse of individuals in the context of occult or Satanic rituals. At its most extreme definition, SRA involved a world-wide conspiracy involving the wealthy and powerful of the world elite in which children were abducted or bred for sacrifices, p*rnography and prostitution. 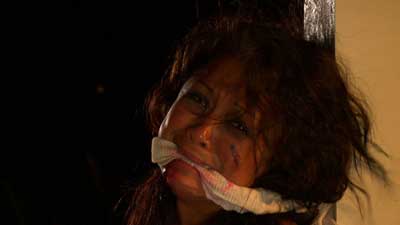 The 3rd act which follows the lost travelers comes upon a town that is comfortable in there Satanic practices and the killing of outsiders. No real reasons are given or even muttered of that fact so alot of the material is based on assumption of ritualistic purposes. There is a cold atmosphere that the active satanists take void of emotion, reason and nature.

There is alot of cast to this film, which isn’t focused on 1 or 2 stars but a series of simulated events. The creepiness escalates into tragedy which is inevitable. We get to see plenty of dead animal carcasses which serves almost as a symbol for the active regions. 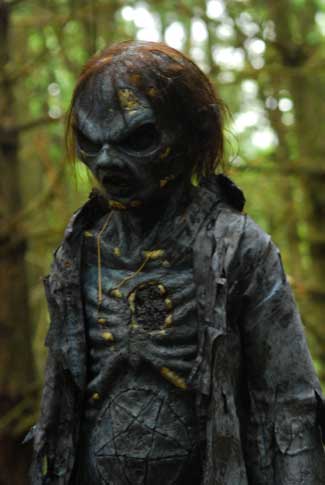 This film directed by Marc Selz is unique in that it combines film styles. horror is approached by factual references and in turn turned into on screen fiction. The issue actually becomes a leverage for the horror movie itself and a chance to heat up the footage with some FX work, acting talent and suggested situations. I think this is top notch horror showcased with factual realities. The horror lasts long after the film is complete. The idea that fiction based on reality can be a scary thing is never more evident.