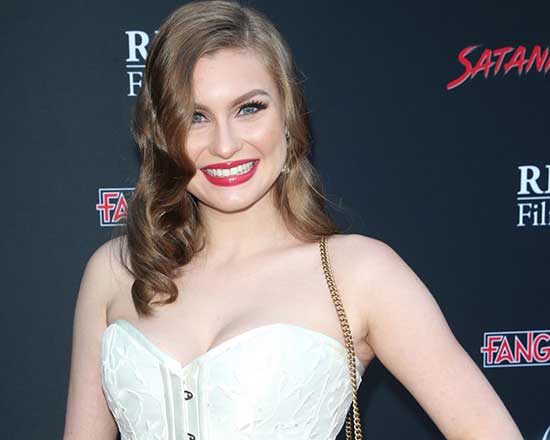 Hi Hayley, How are you?

Hayley- I am good. How are you?

I am doing good. Thanks. Please tell us why you decided to take on the role of Sam in Satanic Panic?

Hayley- I heard about the movie and they sent me the script to read first. The minute I read the script, I thought this is so crazy. I send in a self-tape and I was lucky enough that things happened to work out. I was so elated that things went the way that they did.

What was it like working with the director, Chelsea Stardust? Chelsea seems so amazing too.

Hayley- Oh she is. She is the best. Chelsea is the greatest director. She is so kind and smart. She has such a great process of working. She has clear ideas on everything. She has great suggestions for you but, she is also so into the idea of letting you play and improvise things. She is open to ideas and I cannot say enough about her. 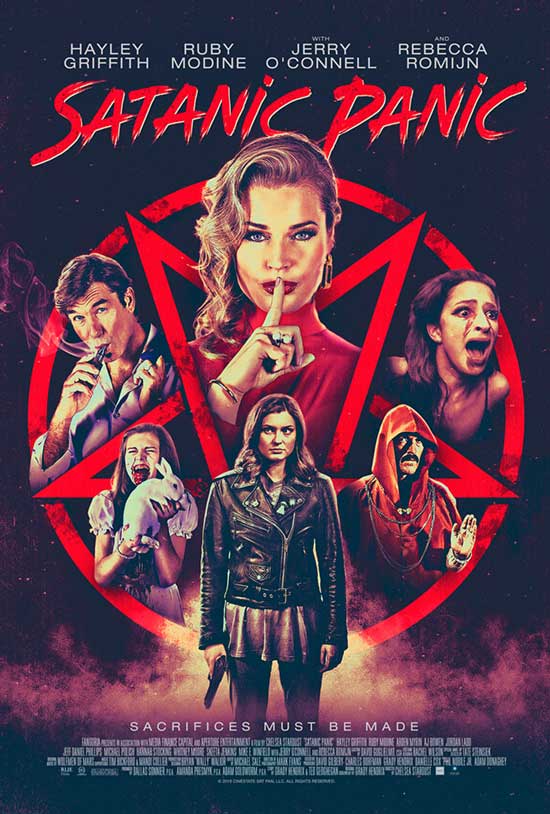 Did you have to do anything to prepare to play Sam in Satanic Panic?

Hayley- I did! I had to learn how to play guitar. That is not something that I had never touched a guitar before. I did that and then I had some Vespa riding lessons. It was a little scary but it ended up working out.

Hayley- Oh no it is. This is my first movie which was crazy. I was excited to do a horror film. That has always been my weird little kid dream. I’ve always been a big fan of horror movies. I always thought it would be so much fun to just get to be thrown into the genre. I was so excited.

You are amazingly talented. This cast is so talented. What was it like working with everyone?

Hayley- It is crazy! It was amazing. I am still shocked at how incredible it was. I love Ruby with all of my heart and I feel so lucky that we got to have this experience together. We became great friends throughout the process. So, working with Ruby was unbelievable. Then working with people like Jerry O’Connell and Rebecca Romijn. It blew my mind. They are so cool and down to earth. It was nuts to see them work. 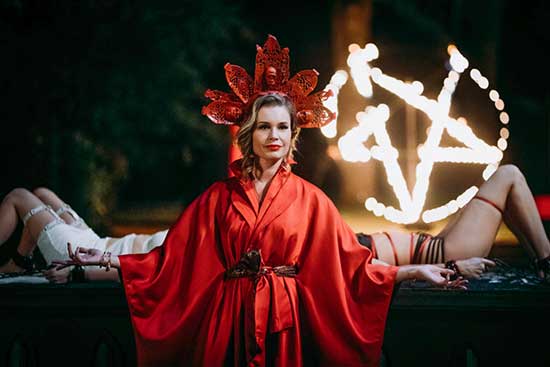 What do you want the audiences to know about SATANIC PANIC?

Hayley- I want them to know that even though it is a horror movie, there is a lot of comedy and surprisingly a lot of heart. There is a good friendship between Sam and Judy (Ruby Modine) which is such a nice thing to watch. It is about female power and it’s just cool to watch all of these women take control of themselves.

That is awesome. What projects are you working on next?

Hayley- Yeah! I just finished a film in May. It is a dramatic/period piece but, other than that I am auditioning and getting out there hustling.

I loved that Sam is Sam Craft. I felt maybe that was a little nod to THE CRAFT.

Were there any challenging moment or funny on-set moments you can share?

Hayley- Oh man, there were so many. Working with Jeff Daniel Phillips who plays Steve in the movie. He is one of the funniest people I have ever met. When I first meet the Coven, he was standing right next to me, which you see in the movie. I could not stop laughing and the only thing he was saying was “Yes” in response to Rebecca Romijn’s character. The way he was doing it, I was in tears laughing. Then I also tried to scare Ruby but I held off on scaring people because I knew I was out of my element on this set. It was all horror people and I thought I am going to be in over my head. I am going to regret this. 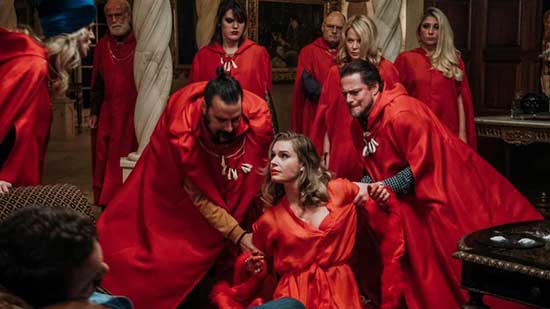 If you ever get a chance to watch the movie, THE ICE CREAM TRUCK, Jeff is awesome.

Hayley- Oh, I will because Jeff is so good. He is known for doing the horror movies. He was the funniest person and I was screaming and I looked at him and was like, please this is going to be so much hell for me. He was so funny and so sweet.

Halloween is coming. Do you have a go-to movie or do you look for something new?

Hayley – I do a little of both. I am always watching new horror movies and I like random ones that I find on Netflix. My go-to is THE EVIL DEAD and obviously the HALLOWEEN’s and FRIDAY THE 13th movies.

I think SATANIC PANIC is going to be a movie that we watch every year now. 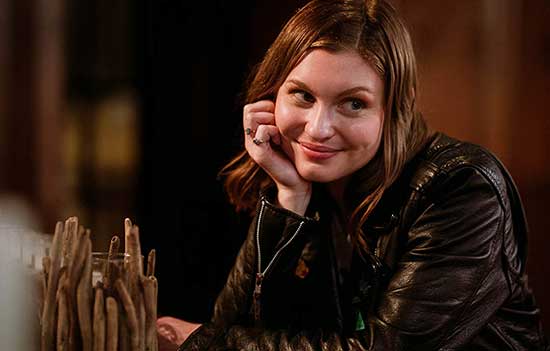 Hayley- I hope so. I hope that’s what comes of it. It is really special. There is a lot of stuff that has never been done on a screen before.

Without giving away spoilers, which is always hard to do. Do you have a favorite scene from SATANIC PANIC?

Hayley- I have two. Two of my favorites are… My scene with Jerry O’Connell, he has a cameo in it and that scene is probably my favorite scene. Any scene that I got to film with Ruby but, the kitchen scene without giving anything away. It’s so hard. The scene itself was crazy but filming it was so intense but it was really great having Ruby there. I think that is where our friendship became strong. I would say those two.

I think you are so talented and you did a great job in SATANIC PANIC. Thank you so much Hayley for taking the time to talk with Horrornews.net

Hayley- Thank you. It was lovely talking to you.