Dark Sky Films and Snowfort Pictures have announced they will team with director Ted Geoghegan on SATANIC PANIC, the follow-up to his critical and commercial horror hit We Are Still Here.
We Are Still Here, Geoghegan’s debut, is a wintry haunted house tale that premiered to rave reviews at SXSW 2015 and currently has a remarkable score of 95% fresh on Rotten Tomatoes. MPI released the film domestically in the fall through its genre division, Dark Sky Films and saw it quickly hit No. 1 on iTunes Horror. 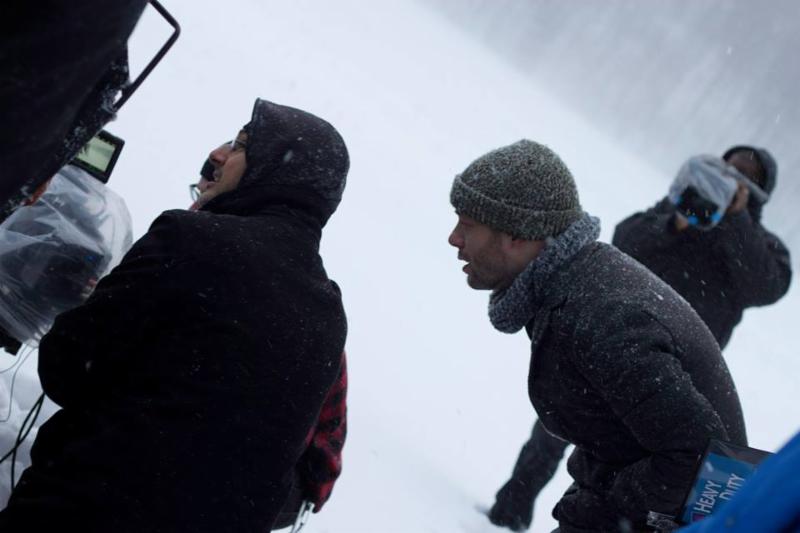 The new project re-teams Geoghegan with producer Travis Stevens and Greg Newman. The original screenplay is being written by Grady Hendrix, whose recent best-selling novel “Horrorstör” is in development at Fox Television with “Gossip Girl” creator Josh Schwartz.

SATANIC PANIC centers on a minimum-wage delivery girl who is forced into a night-long battle with the rich and affluent leaders of a suburban community after discovering they’re part of a satanic cult. Casting will begin soon.

Geoghegan explained his goal with the action-based horror film: “Equal parts supernatural horror and survival thriller, the film hinges on smart, funny dialogue and a clever, surprisingly badass female hero. A snarky, splattery takedown of the 1%, it places a trod-upon heroine up against the literally soulless societal upper crust. The banter and blood come fast and furious, and we’re hoping to leave very little time to breathe between gasps and gags.”

Greg Newman, executive VP of MPI/Dark Sky Films, said:  “‘We Are Still Here’ was incredibly well received by both critics and audiences alike. We’re happy to be working again with Ted Geoghegan, who has already created a unique voice and vision for modern horror. We’re equally thrilled to be teaming up once again with Snowfort following our previous successes together on both We Are Still Here and Starry Eyes.”

Producer Travis Stevens added, “I want to make something fun and fast and slick and sick. A film that plays like a good heavy metal song. A film that gets your heart rate up to the point where you burn calories while watching it.”

MPI and Dark Sky have seen numerous successes this year with the release of the Sundance hit, Call Me Lucky (directed by Bobcat Goldthwait) as well as the critically acclaimed theatrical releases of We Are Still Here and Deathgasm.