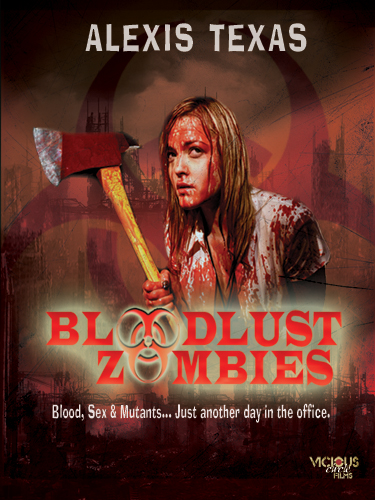 A military weapons manufacturer creates a chemical weapon that causes victims to become blood-lusting killers. A lab accident causes the building to go into lock-down and the employees are trapped inside with the crazed killers.

There are so many zombie films these days that it is almost impossible to distinguish what is good and what is bad. Zombie films are a subgenre that now itself has subgenres. We have Romero zombies, running zombies, infected zombies, and so on. The good thing is that I have yet to tire of them, whichever category they may fall in. Even the ultra low budget films can still manage to entertain. “Bloodlust Zombies” is a silly film. The acting is passable, the effects are decent, but overall, I enjoyed it. I was entertained for the entire 75min runtime and with my growing impatience with films lately, that isn’t an easy feat to accomplish.

The film opens with the development of a chemical weapon that, in theory, is supposed to awaken a bloodlust in the exposed that can be used to turn the enemy against one another and help to save the lives of soldiers. The office is celebrating their success with champagne, after hours. So that only leaves a small group of people that are half in the bag and engaging in other activities. The boss Bobby Lee (Robert Heath) is riding cowboy with sexy receptionist Andrea (adult film star Alexis Texas in her first mainstream role) when they accidently broadcast their exploits over the intercom.

They remain employees get a kick out of what they are hearing, joking around, when one of the lab workers knocks over a vile. Panic ensues and the office is put on lock down. Judy (Janice Marie) is try to keep things calm but no one wants to play by the rules, most notable, male pig Darren (Adam Danoff) who thinks he can take these infected on his own. With no way out, who will survive this nightmare? 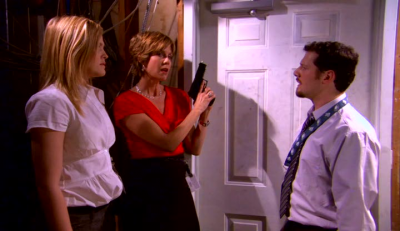 This movie is just plain fun. There really isn’t a whole lot that can be said. This isn’t high art, just a silly little zombie film (though I use the term “zombie” loosely). The first ten minutes of the film play out rather seriously and those scenes almost turned me off. Thankfully, there is a quick recovery and the movie just gets ridiculous and over the top. That is in a good way too. There are plenty of laughs, mostly from Adam Danoff whose character Darren should have been thinking about how to survive but mostly thinking about the ladies in the office in various states of undress.

There was plenty of blood spraying about, though not necessarily gorey, I was happy with the amount of the spurting red stuff covering walls, floors, and the actors. First time director Dan Lantz showed that he was developing a style which slowly began to emerge throughout the film. One particularly cool scene comes near the end of the film with a zombie beheading. It was a slick sequence and one of the films better moments. I was actually a bit surprised with Alexis Texas. I’ve seen many p*rn starts try to transition from adult to more mainstream fare with mixed results. Now, I don’t see her winning an Oscar or anything, but, she has charisma and could possibly end up being a modern scream queen. 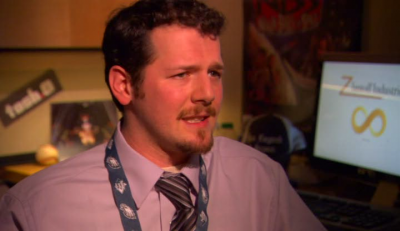 “Bloodlust Zombies” was a pleasant surprise. After a bumpy beginning, the film improved with each passing minute. The story itself, while not exactly original, was fun and offered a few interesting twists. None of the characters are safe and some of the conversations, may or may not have been meant to be unintentionally hilarious given the situations they were faced with. Dan Lantz shows serious promise and I am looking forward to his future output.

Hell, he might even consider working with Alexis Texas again. I smell a sequel just waiting to happen here and we can get to know her character a bit better and see her evolve. Since her character was the only one to show growth, it might be worth exploring in further films. Give “Bloodlust Zombies” a shot!! 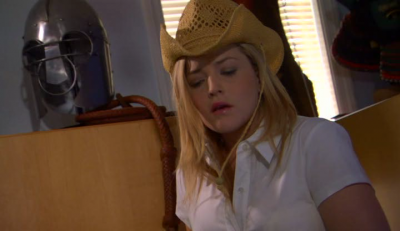