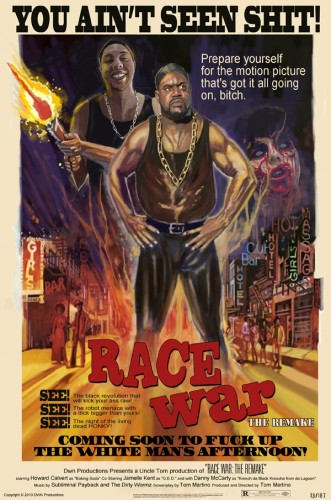 A pair of misguided drug dealers, Baking Soda (Howard Calvert) and G.E.D. (Jamelle Kent), find themselves out of customers when a new group of traffickers invade their hood with an alien form of smack. With only their friend Kreech Da Black Kreecha from a Lagoon at their side, the two crack heads – armed and ready – must fight their way back to the top.

Race War: The Remake is a modern blackploitation gorefest, a dark splatter comedy. It’s sophomoric, silly and out of control. Director Tom Martino desperately tries to blend a variety of cinematic influences from Quentin Tarantino, Kevin Smith and Sam Raimi, but the script is too raw and obnoxious to make the most of it. The humor in Race War is juvenile – foul, full of vomit jokes, poop jokes, fart jokes and gross out gags and splatter of every imaginable kind. It’s ridiculous. And that’s its charm. The actors are not even acting; they’re just pantomiming satire, each creating a broad stereotype caricature of one type or another. A bit too sloppy to sit through trying to watch every frame, but the film does manage to succeed from time to time, delivering a number of laugh out loud moments and a pair of clowns that are a basement variety of Jay and Silent Bob. 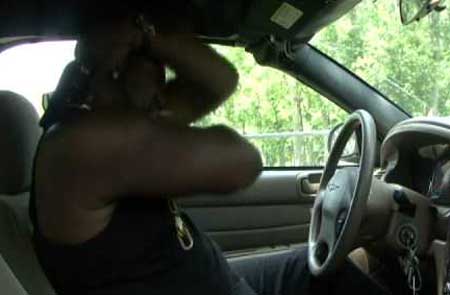 The script and tone of Race War borders on offensive; if it were not so obviously over-the-top and tongue-in-cheek it would insight riots at Red Boxes everywhere. Fortunately, the film is far from serious and the dialog becomes insufferable instead of insulting – for the most part. This not a film for just any horror or theater fan. This film is intended for those who love their comedy as dark and filthy as it can be – those who cherish grindhouse, low-budget cinema. This is Animal House for the hood, full of drug paraphernalia, sexual references and loads of bodily fluids and excrement. Nothing is too taboo for these film makers. Think Airplane! on crack.

The effects are a medley of pure low budget splatter and gore. If there’s a way to chop, smash, slice or pop a skull or body part, it’s in this film somewhere. The effects are not the best effects ever seen, but they suit the film and its tone. The cast gleefully tear flesh from faces, punch holes into other characters and shoot their way out of every dilemma. Blood sprays at any given time and from just about every orifice. Some of the effects work in an Evil Dead sort of way, but most are absurd in the most astonishing, unbelievable manner. 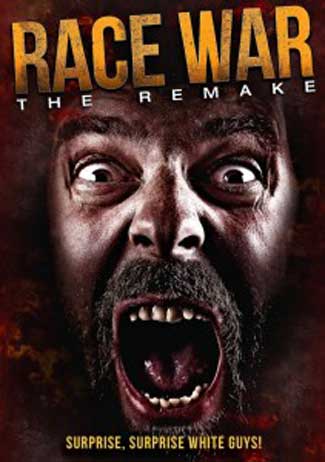 Race War: The Remake is a silly, sophomoric excuse to film a bunch of friends performing the most outrageous acts that the film makers could think of. It only serves to illustrate gross out gag after gross out gag. The acting is terrible and the film work is shoddy and amateurish. The attempts at making the film look grindhouse are so far removed from successful that they lean more toward a corrupt DVD than worn film stock. Race War is best served over a cold keg or a case of tall boys with as many trashed friends that can be fit in front of the screen. With enough actually funny scenes, ludicrous bathroom humor and a pair of lead actors that don’t wear too thin and are highly likable, this film can be tolerable and hilarious. For those looking for serious, well-made horror, stay far, far away; for those looking for silly, stupid fun, this may fit the bill. Approach with caution.