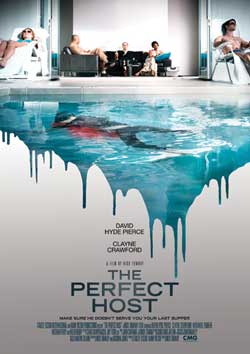 A criminal on the run cons his way into the wrong dinner party where the host is anything but ordinary.

The Perfect Host is a new film starring David Hyde Pierce from Frasier fame. I actually couldn’t wait to talk about this one as it threw me for a loop several times. This is a good thing as this film is highly inventive, and somersaults on your viewer perspective several times. In fact, that tidbit alone may be deemed a spoiler, though I’ll really try and keep the story twists out of the review. Let’s just say it starts with a pretty simple premise. The premise might in fact have you doing one of those, ok I see where this is going nods in your perceptive viewer intellect.

This is where director / writer Nick Tomnay has succeeded in bringing us a slice of brilliance. Clayne Crawford plays John Taylor, an assumed criminal who just made off with $300,000 from a local bank robbery. He is in the news, on the radio and just needs to get off the streets and lay low for a few hours while he figures things out. His social calling skills are not working to good for him until he happens upon a neat-freak named Warwick Wilson . Warwick is pleasant, accommodating and seemingly caring, who lets this off-the-street stranger in based on a postcard association that John has cleverly orchestrated.

A dinner party is scheduled and Warwick does his best to entertain his new guest while offering him to stay for dinner. John, on the other hand begins to get nervous when he hears who the guests will be and grows suspicious with Warwick’s over -accommodating nature. This leads to a confrontation of which John plays the invading stranger.

This is when things begins to get weird and turned around. From here on in, the director makes every attempt to constantly change the assumptions made and keep us guessing. Enough that several assuming calls are shortly shattered for new ideas. John is hard to figure out at first, which is further revealed thru a back story that connects the pieces rather nice. Warwick, is even harder to figure but takes on a persona that will legitimately creep folks out.

David Hyde Pierce plays a magnificent role that will in one film have viewers already changing their perception on what kind of actor he truly is. This in itself might be THE highlight that fits a certain satisfaction. I was thinking as I watched this, that this is Pierce’s Robin Williams moment. Yunno, the films where Robin stops being the funny man and becomes that creepy unassuming villain that somehow is believable enough to fuel several more like-character themed movies. Clayne Crawford who I at first thought resembled Rick Schroder a bit also provided a nice balance of antagonist/ protagonist. If that is a hint then you’ll find yourself jumping back and forth almost act by act. As mentioned before, “The Perfect Host is one pretty stellar written movie that should make a few lists this year. It’s thriller, it’s horror, it’s comedy, its dark cult, its action, its mystery……well it fits into alot of genres.

The setting provides a nice backdrop for the story to play out. Though be prepared to experience almost 2 movies in one. One thing that I thought also might be of interest is that, your level of horror is often twisted and reborn as the writer sees fit. “The Perfect Host is a perfect film that plays head games with perfect delivery. 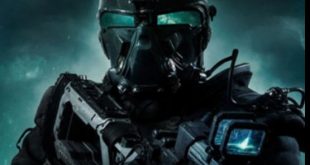 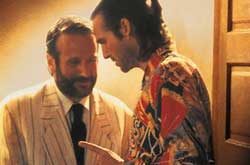 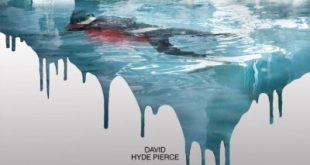 Look Out People!! Frasier Goes Crazy In ‘The Perfect Host’