Home | Shaun of the Dead – A Masterclass in Longevity

Shaun of the Dead – A Masterclass in Longevity 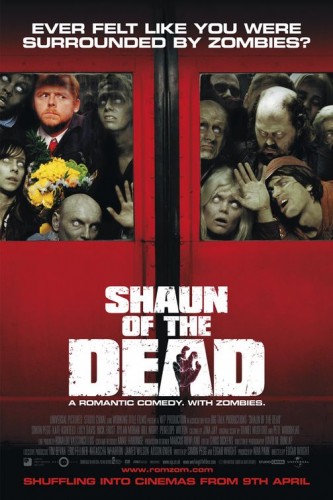 Once more, an evening has been most enhanced by a viewing of Shaun of the Dead. It’s a film that continues to improve with age, and is still a very long way away from having its delights dulled by the passage of time. The amazing thing is that it came out seven years ago (already? Crikey), and that no matter how many times it finds itself on our screen, it still entertains and grips us.

Shaun of the Dead is a masterclass in longevity, down to the exemplary script by Edgar Wright and Simon Pegg, its glorious cast (of course, headed by Pegg), and the stylized direction from Edgar Wright. While it is most certainly a comedy movie, there are scenes which a more difficult to watch than any moment of gore, with characters having to make some very tough decisions in order to stay alive.

One of the aspects in which Shaun of the Dead beats most other films – not just horror films – is that the viewer can’t help but fall in love with the characters. Character has always been a trademark strength of the Pegg/Frost/Wright team, and it was with Shaun of the Dead that the world really got a taste of what they had done previously in the seminal TV series Spaced. It is that viewer link to the characters that makes the few horrific scenes that are in the movie so shocking and genuinely upsetting.

Look at those characters. Barbara could be anyone’s mum. Ed could be anyone’s lovable but slightly childish best mate. Daffs having a thing for Liz is believable. Shaun’s awkward crunching of pork scratchings while Liz is trying to have a serious conversation is spot on. Those people could be any of us, and perhaps it’s that we can see ourselves in those roles that makes it so wonderful. 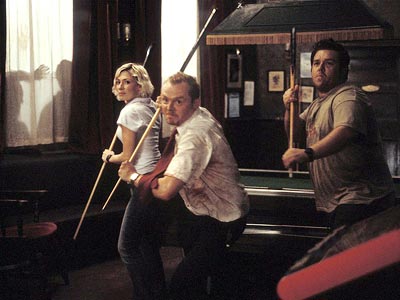 Yes, the film is a love letter to the zombie genre, and pays homage to the classics like only fans would be able to manage, but it’s more than just a rip-off of Night of the Living Dead et al. It’s a story in its own right, set in a world that is much more familiar to many of us than any other zombie film.

People sit farting and playing video games. People have crappy day jobs and awkward relationships with their friends. People have issues with step-parents. They do normal things and live normal lives.

While Shaun of the Dead is very funny and hugely entertaining, that shift in tone from comedy to desperate fight for survival has given it the kind of unwavering gravitas that only really Romero himself has been able to muster. 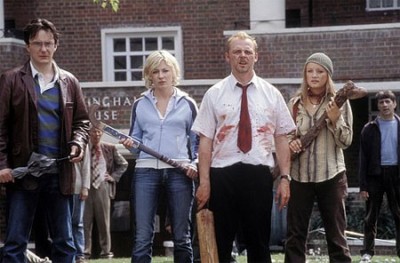 The secrets to the success and continued appreciation of Shaun of the Dead isn’t down to any one factor, more the fact that every aspect of the production and the story has been crafted and thought through in such minute detail that it holds up remarkably well to repeated viewings. The script is deliciously well-structured, displaying the Pegg/Wright team skill of foreshadowing all of the later scenes with seemingly innocent, seemingly throwaway lines early on, and that’s the foundation of why audiences latched on so much.

Even now, all these years later, the phrases “You’ve got red on you”, “Cornetto”, and Queen’s “Don’t Stop Me Now” bring a smile to the face and a hand reaching towards that familiar DVD case. The characters are believable, the locale is familiar, the dialogue rings true, and as long as Shaun’s still buggering up his relationship with Liz and Ed has still Got Wood, myself, my lady and countless other budding zombie apocalypse heroes will be loving it for years to come.