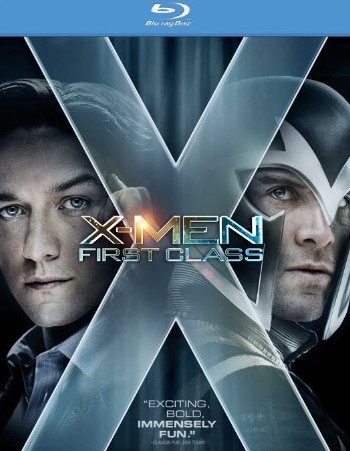 Before Charles Xavier and Erik Lensherr took the names Professor X and Magneto, they were two young men discovering their powers for the first time. Before they were archenemies, they were closest of friends, working together, with other Mutants (some familiar, some new), to stop the greatest threat the world has ever known. In the process, a rift between them opened, which began the eternal war between Magneto’s Brotherhood Of Evil Mutants and Professor X’s X-MEN.

There is so much of the Sun shining lately, The Black Saint is in misery! I despise the Sun & all it brings along with it: Flowers, chirping birds, happy little children (I really hate them..oh so much). But one thing that I like about the Sun in Spring/Summer is the Summer movie season and all of the movies that I get to watch. Whether comedy (Hangover 2..awesome) or Drama (haven’t seen one yet this season) or of course, horror films (Insidious anyone)? I love to set myself down & watch me a good movie. This Spring has already delivered some movies of a different genre: the “Comic book hero” film. “Thor” was silly but fun, “Green Lantern” looks to be more of the same but I’ve just come in from what, in my opinion is the best “Superhero” film that, besides “The Dark Knight” is the best superhero film I’ve ever seen & definitely the best of the Marvel studios productions so far: “X-Men: First Class”. 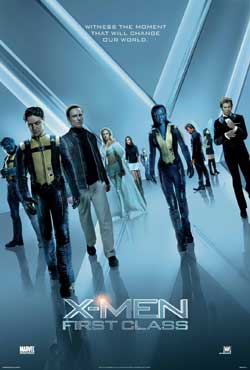 If you are a comic book fan then I don’t need to tell you about the X-Men. But for the few of you that plan on seeing this that don’t know what the deal is, the X-Men are a group of mutants who have banded together to protect mankind from whatever evil might be lurking about but more importantly they protect us from Magneto & his band of evil mutants. A group who believe that they are the next iteration of mankind & look at us as inferior creatures who should be worshiping mutants, not trying to eradicate them. Mankind is trying to destroy all mutants out of fear of their powers & what the future might hold if they took power. Professor X (leader of the X-Men) has dedicated his life to proving Magneto wrong & trying to convince mankind that mutants are people too. 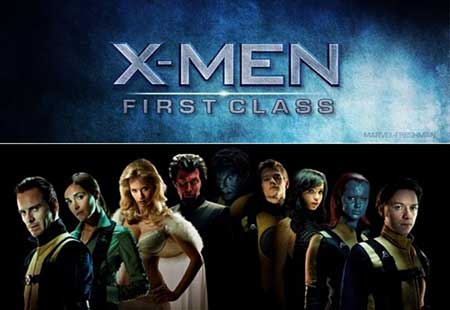 “First Class” tells the tale of how Charles Xavier (Professor X) & Eric Lensherr (Magneto) first met & were allies united against one menace. An evil mutant named Sebastian Shaw, who has the power to absorb energy & use it against his enemies. The film opens in the 40’s with a young Eric being torn from his mother by the Nazi’s. A scene reminiscent of one in the first “X-Men” movie. Eric displays some of his nascent mutant power (he can manipulate any type of metal) by trying to pull the gate his mother has just gone through open while being restrained by Nazi soldiers. Shaw (going by the name Schmidt at the time) immediately is intrigued by young Eric & wishes to develop his power. Eric is unable to utilize this “Gift” unless he is angry unfortunately, so Schmidt brings his mother to him & summarily shoots her in front of young Eric in order to get his juices flowing, which Eric does very handily. Schmidt is ecstatic at the results 7 begins training Eric to use his mutant power.

Meanwhile in America, a young Charles Xavier is awoken by a sound late at night in the mansion where he lives with his parents & follows the sound to the kitchen where he discovers his mom rummaging through the refrigerator. Asking her why she’s there she tells him that she was hungry & would he like some hot chocolate? Charles already knows this woman is not his mother due to his mutant power of reading/manipulating the human mind. He calls her on it & she reveals herself to be Raven, a young girl who has the power to change her appearance to whomever she pleases. Charles feels compassion for the young orphan & tells her she now has a home for life with his family. So now we have the origins of the two main characters in the movie. The soon to be Professor X and Magneto. 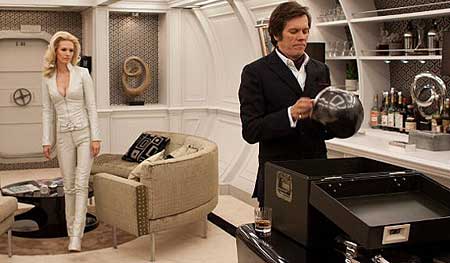 Flash forward to 1962, the world is in turmoil. Tensions between The Soviet Union & America are worsening. There is talk of war…Thermonuclear war. An FBI agent (Rose Byrne as Moira MacTaggert) is convinced that the Soviets have enlisted some sort of superhumans to further their agenda. she knows this because she’s seen them in action. She of course is laughed off by her superiors & she sets out to find her own mutants to prove to the brass that they exist & can help the USA. She finds Xavier & he is intrigued by her offer, so he & Raven (who he refers to as his “Sister”) follow her to the FBI & prove their powers to them. More importantly, they offer to help. Meanwhile, Eric is combing the globe looking for Schmidt (now Shaw) seeking revenge against the man who killed his mother. Eventually Charles & Eric meet & decide to help each other & the USA avert Nuclear war with the Soviets. But Shaw has other plans, & other mutants that are assisting him in creating a war between the two nations. One that will bring humanity to it’s knees & allow Shaw & his fellow mutants to rule over mankind.

The first thing I can say about “First Class” is that it looks spectacular! The production design & cinematography perfectly evince the era the film takes place in. I was thoroughly immersed in the story in part because of the stellar work on display here. This is important as well because there is a lot of eye candy in this movie with a special effect going off in practically every scene of the film. Sometimes it’s easy to lose sight of the forest for the trees if you know what I mean, but the effects in this film mesh perfectly with everything else. So well I just believed what I was seeing was real, as if I was watching a documentary. They are that seamless & perfectly integrated into the film. Secondly, the cast is almost perfect. 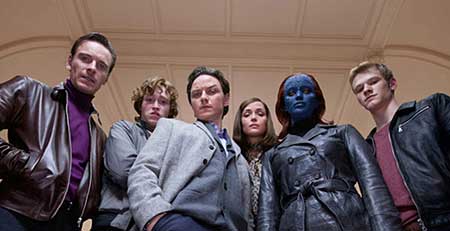 But for January Jones meh performance of Emma (White Queen) Frost it would’ve been perfect. Otherwise, all performances are stellar. especially those of Xavier(James McAvoy) & Eric(Michael Fassbender). The two of them begin their relationship as best of friends but slowly Eric reveals his true intentions & his belief that Shaw was correct in stating that humans will eventually fear mutants & attempt to eradicate them. Eric also still seeks to kill Shaw for murdering his mother as well, Something Charles feels will not soothe Eric’s soul. The both of them are magnificent in their portrayals. And of course there are the other mutants to speak of as well, it is called “First Class” for nothing. Xavier drafts young adults with mutant powers to join him & Eric in their cause. In addition to Raven (Now Mystique, played by Oscar nominee Jennifer Lawrence) there is Angel(Zoe Kravitz), Beast(Nicholas Hault), Banshee(Caleb Landry Jones), Havoc(Lucas Till) & Darwin(Edi Gathegi).

All of them are well cast as well but special kudos go to Hault as Beast who once his character is introduced gets the most sympathy from the audience because he just wants to look normal (In addition to being extremely smart, he has ENORMOUS feet that actually look like giant hands with which he can hang from like an ape). Unfortunately for him, a solution he devises to make him look normal but retain his abilities backfires on him later in the film & much to his chagrin, he ends up looking like an actual Beast. In addition to the featured cast there are two brief but amusing cameos from two former “X-Men alumni. There are also appearances from genre vets Ray Wise, James Remar, Michael Ironside & especially Kevin Bacon (As Sebastian Shaw) tossed into the mix as well. An amazing cast!!

The script is credited to four people including director Matthew (“Kick Ass”) Vaughn & I usually look at that as a sign of trouble but I think that the participation of producer Bryan Singer(director of the first X-Men film) helped reign it all together. The fact that all of this is taking place in the midst of the Cuban missile crisis means that some historical liberties had to be taken of course but through it all I felt like this could have been the way it all went down back in 62′. It’s that convincing a script. In addition, the historical footage of President Kennedy & Kruschev are perfectly enmeshed with the film & do not spoil any of the continuity of it at all. Director Vaughn proves he is more than up to the task of handling such a large cast & such a sprawling story that takes place all over the world.

It all ends up with a more than satisfying denouement, setting up the other “X-Men” films perfectly. The film is close to 130 minutes long & it flies by. I daresay I wish it was a bit longer (director’s cut anybody)? It’s so perfectly produced, directed, designed & cast that I wanted to spend more time with all of the cast & see more of the story. The Black Saint left the theater feeling invigorated & enthused that not only had I just seen a great “Superhero” movie but one that is decidedly more “Adult” than other films of this ilk. It’s not particularly graphic or anything like that but it’s intelligent…how often can you use that word with this type of film huh? “X-Men: First Class” is getting five shrouds from The Black Saint, I f*cking loved every second of it & it deserves all of the success a film can receive. Even though in actuality it has a few details from the comic wrong (Where’s Iceman? Angel was a man not a woman) It’s the best film of it’s type that I’ve seen except for “The Dark Knight” and definitely the best film that has come from the Marvel stable. See it immediately if not sooner!