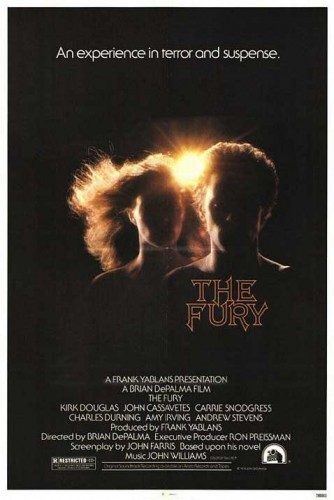 “A secret US agency behind the unscrupulous Childres gathers children with parapsychological abilities and trains them to become killers in war situations. To rescue his son, who was officially declared dead after an arranged accident, the ex-CIA agent Peter investigates against Childres.” (courtesy IMDB)

If Dressed To Kill (1980) is Brian DePalma‘s Psycho (1960), and Obsession (1976) his Vertigo (1958), then his vastly overlooked thriller The Fury (1978) must surely rank as a flakier version of Alfred Hitchcock’s ultimate chase flick North By Northwest (1959) – minus the romance. Though detractors would probably more likely compare it to Torn Curtain (1966) or Topaz (1969), how could any moviegoer possibly dislike a film that even manages to steal the rooftop scene from To Catch A Thief (1955)? Providing you’re in the mood for such hokum and some typically flamboyant DePalma set pieces, The Fury provides some excellent fun.

Adapted from his own novel, John Farris‘ screenplay kicks off with Peter’s (Kirk Douglas) son Robin (Andrew Stevens) being kidnapped by a double-crossing Psychic Department head (John Cassavetes). Robin, it turns out, has a rare gift. He can make people bleed merely by thinking about it. A great party trick to be sure, but the vigorously orchestrated kidnap sequence sets the stage for one long chase through Chicago as Peter (himself on the run from the mysterious agency) tries to locate and retrieve his son. 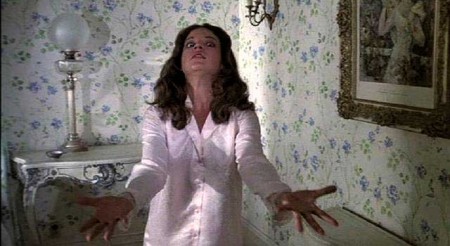 Split-screens notwithstanding, DePalma pulls out all the stops to generate thrills and even the occasional giggle. Keep an eye out for a comedic (and surprisingly youthful) Dennis Franz as a nervous police officer. Elegantly photographed by Richard Kline in a hazy colour palette and armed with a brooding and sinister main title theme from John Williams, DePalma might be guilty of treating Farris’ script with more respect than it actually deserves (admittedly not his forte), but his relatively straight-faced approach is most likely an attempt to disguise the plot’s rampant silliness. Hey, it almost works! 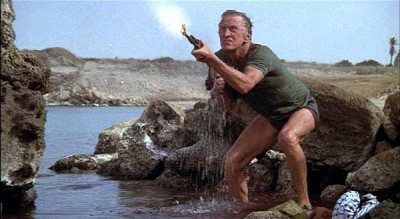 As usual, DePalma makes maximum use of his locations for his numerous flashy set pieces. When Robin’s psychic twin Gillian (Amy Irving) who, like Robin, can make people bleed by mere thought, is being shown around the psychic institute (by the great Charles Durning), she trips on the stairs. Grabbing Durning’s hand, she opens a wound caused by his violent struggle with Robin a few weeks prior, triggering a bewildering flashback experience for the hapless Gillian. DePalma’s inspired choice to employ one of Hitchcock’s favourite devices – the rear projection screen – to display the events previously occurred is a masterstroke and lends the sequence a wonderfully surreal quality. 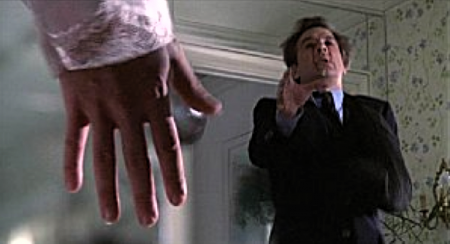 When Gillian attempts to escape the institute where she’s now being kept a doped-up prisoner, DePalma intriguingly chooses to shoot her desperate getaway attempt entirely in a dreamy slow motion with only Williams’ elegant music for company. It’s exhilarating film-making, a veritable tour-de-force of sound and vision and easily one of DePalma’s best sequences. 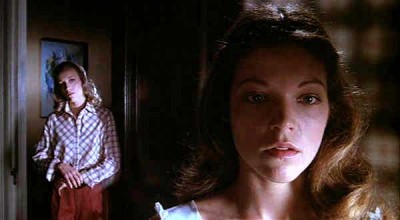 As far as the actors are concerned, it’s definitely a mixed bag. Old dimple-chinned Kirk Douglas gives his usual hammy one hundred percent – it’s not often you get to see him cry. Made well before she split with hubby Steven Spielberg (and no doubt bringing him down to his last gazillion dollars), Amy Irving, who featured prominently in DePalma’s Carrie (1976), gives a spooky but believable performance as the distressed and confused Gillian. 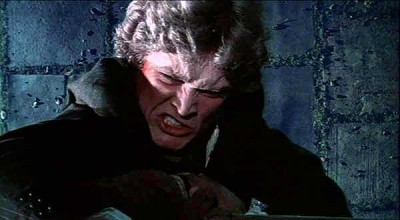 Andrew Stevens – son of Stella and now big-time producer on stuff like Driven (2001), The Boondock Saints (1999) and the Night Eyes (1990) franchise to his…um, credit – is just fine as the drug-fueled, highly volatile Robin. Just don’t piss him off, as Fiona Lewis – who’s been employed to keep him sexually amused – discovers. Despite her best efforts, Fiona winds up being levitated to the ceiling and spun like a top, painting the room blood red. Pretty it ain’t. 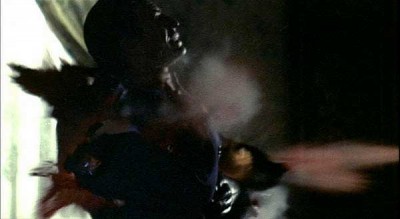 However, fans of John Cassavetes low-budget, semi-improvised, from-the-gut efforts might have expected more than the lazy performance the revered actor-director gives here. His disdain for the material seems evident in every frame – definitely a ‘gimme the goddamn cheque’ affair. Cassavetes looks thoroughly disgusted with himself for slumming in such hokey fluff, though he’s done a lot worse – check out Incubus (1982). 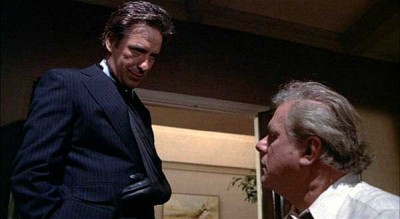 But on screen at least, DePalma has the last laugh, as Gillian exacts her awful, but undeniably spectacular, revenge on the villainous Cassavetes in a finale curiously reminiscent of The Zabriskie Point (1970), whilst John Williams music pounds away in pure triumph. Ludicrous? Absolutely! But immensely satisfying, nevertheless. Please join me next week so I can poke you in the eye with another frightful excursion to the backside of Hollywood, filmed in gloriously grainy 2-D black & white Regularscope for…Horror News! Toodles! 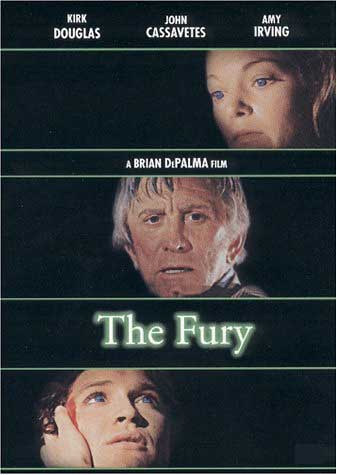