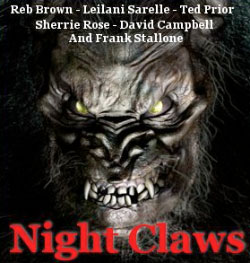 How can you not love a BIGFOOT flick. Been a few years since a new one’s come around. Last one I can remember is ABOMINABLE and that one was a winner. Let’s hope the same is true about NIGHT CLAWS.

Coming to us from David Prior, the man behind DEADLY PREY this one is promising no CGI and practical FX from Bill “Splat” Johnson and Bruce Larsen

Ok, let me get this right. Bigfoot, no CGI, all practical FX?

I am so there!

Here’s what I know about it story wise:

A small town is being terrorized by a killer Bigfoot. One that is blood thirsty, vicious and kills without warning and without discrimination. A scientist by the name of Sarah Evans shows up to help the towns sheriff and his deputy girlfriend Roberta hunt this thing down and put an end to the killings. At the same time, Hunter Crawford is a thug-like character who along with his two henchmen, is hunting the creature himself, for his own personal gain and he does not care who he has to go through to accomplish this. Enter Charlie Parker a tough east coast type who is on a survivalist camping trip, led by the seasoned survivalist Sharon Farmer at the behest of his young trophy wife and whom, by no fault of his own, winds up being used as bait for the creature, by Hunter. But there is more at work here than meets the eye. A sinister plot is afoot and at its center is the vengeful Mister Testi. And in the end this plot takes a twist that no one will expect.

Other sites around the net are heralding this one as being cast with genre vets, don’t know about all that but there may be a couple names in her you recognize, especially if you watch sequel – Troma – B-movie fare.

No firm release date but it’s being promised later this year. 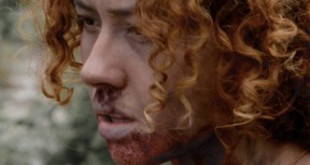 Some Photos From EXISTS But None Of The Squatch…… 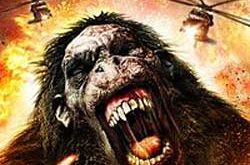