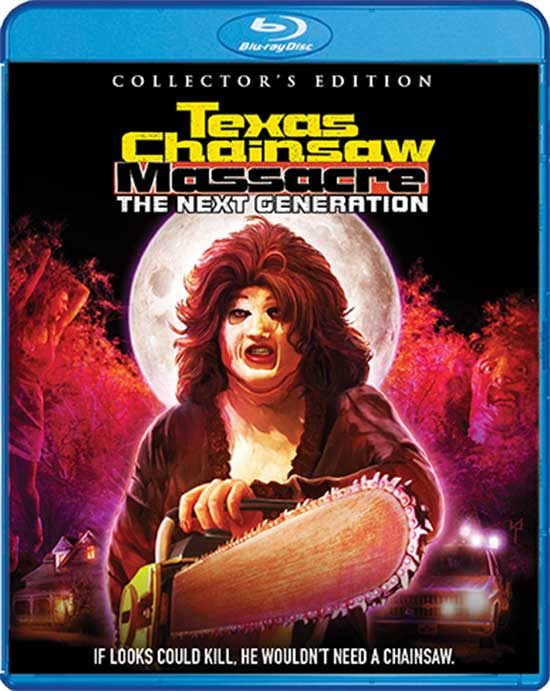 Leatherface and his demented family terrorize two couples on the way home from their prom.

While I love the original The Texas Chainsaw Massacre from 1974, I must admit that I thought all the films that followed it in the series were quite lousy. The second one was just way too goofy and comedic for my taste, the third one was mostly forgettable and wasn’t anything special, and I hated all the remakes, reboots, half-assed sequels and prequels that eventually came about. Why I really despise the horrible 2003 remake and thought that the 2017 prequel was essentially unwatchable I think that 1994’s Texas Chainsaw Massacre: The Next Generation was equally terrible and a huge slap in the face to the original film. It is poorly-written, confusing, and feels like it was made by people who didn’t know a single thing about the first film or any of the characters that appeared in it (which is odd since Kim Henkel-who co-wrote the original-directed it). 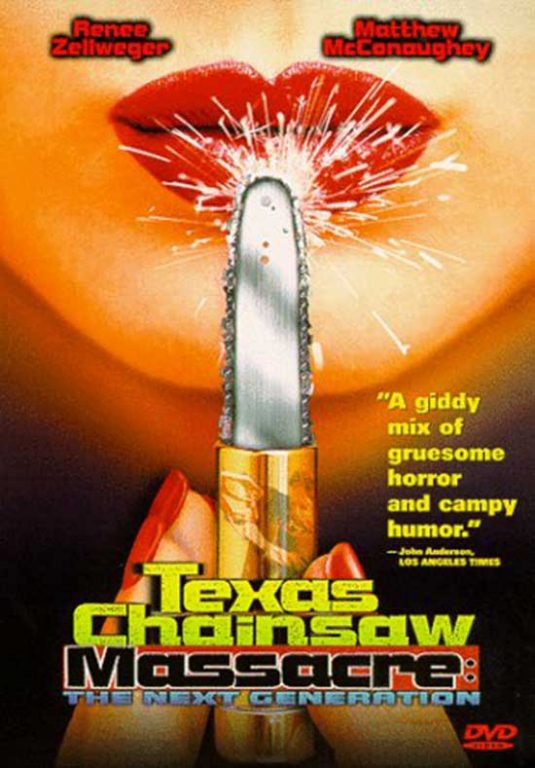 I remember hearing about this movie back in the early 90s and was quite excited about it because I thought that it sounded like it could be awesome. I should have known better after its release got pushed back time and time again until it was just basically quietly vomited onto VHS several years after I had originally heard about it. I rented it the day it came out and realized about twenty minutes into it that there was a reason that it had taken it so long to ever see the light of day. I hadn’t seen it again since that night until recently, and now I remember why I never gave it another chance because it was just as bad (if not worse) than I remembered it. 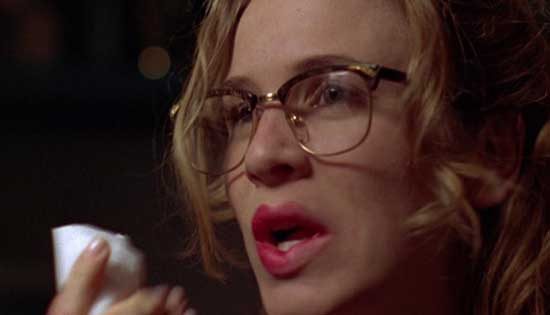 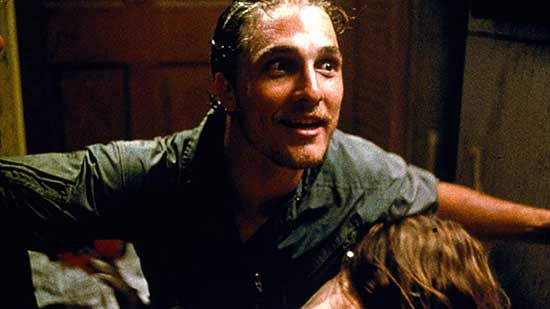 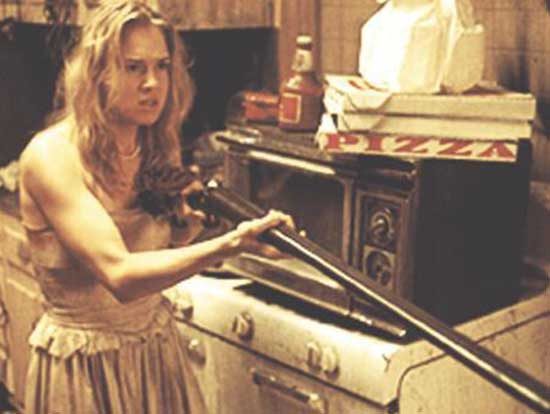 Once of the biggest problems I had with it is that it feels like the people responsible for it watched part of the original movie and then tried to make their own film with some of the same characters without knowing anything about any of them. Instead of a genuinely disturbing little flick like the 1974 classic we get a goofy, watered-down version of it that tried too hard and was obviously just made because they thought that fans of the first movie would pay to see it. It is essentially just a shoddily made cash grab without any of the passion, effort, and most importantly, the heart that went into making the first film (which is a true masterpiece in my opinion). As I said earlier, I think that this film is a total insult to the original and I’m pretty sure that everyone that loves it as much as I do feel the same way. 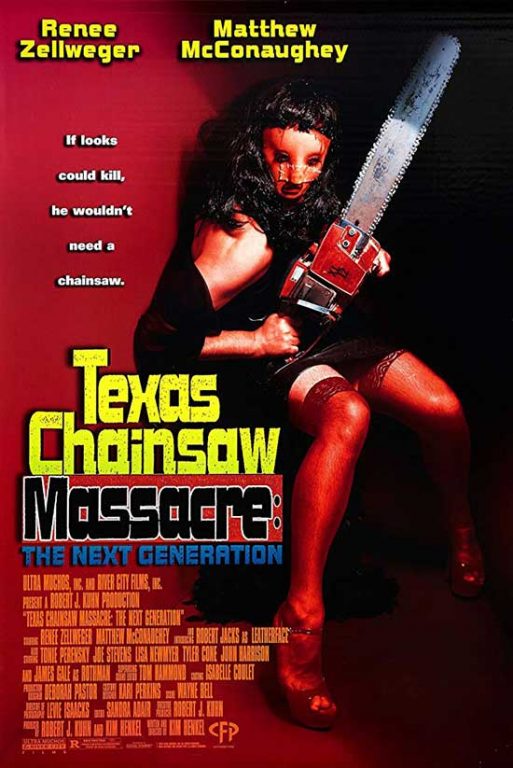 To be honest I really didn’t know what was supposed to be going on for most of the film. I mean yeah, I got that it was about a group of people being held hostage by a demented family and all, but other than that I thought that it was a confusing mess because it was all over the place. Who were the people in the suits and limos that show up at one point that the family was apparently working for? Were they supposed to be the Illuminati? The government? Representatives of some evil corporation? I have no idea and I don’t think that the filmmakers did either. None of the stuff with them made any sense and neither did most of the rest of the movie (who was flying the plane that swoops down and smacks Leatherface in the back of the head toward the end? I don’t have a clue).  It felt like the entire movie was written by ten different people who didn’t know what the others were writing so they just stitched it all together in the end, called it a movie, and hoped for the best. 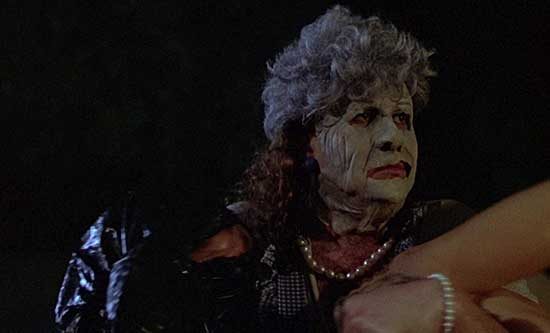 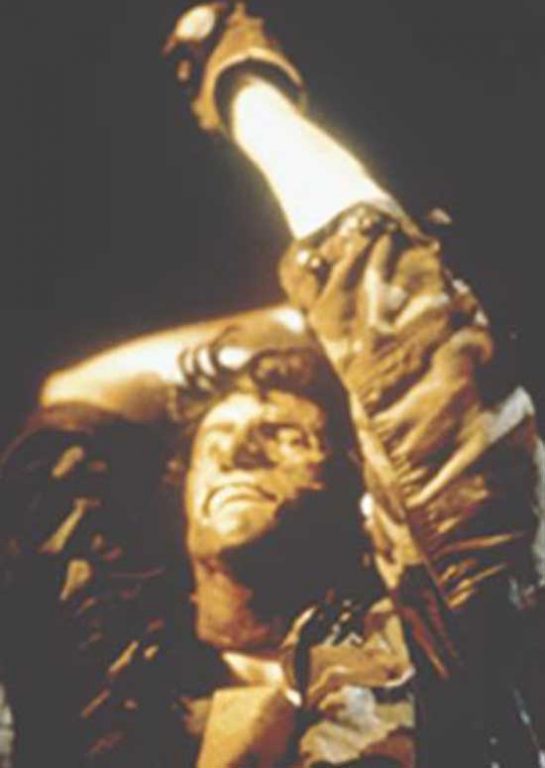 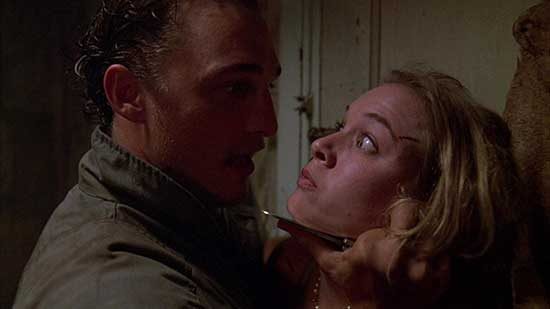 Did I mention that the acting is terrible? It’s no wonder that Matthew McConaughey and Renee Zellweger were so embarrassed by it and never wanted it released. While Zellweger’s performance is quite terrible and probably the worst of her career McConaughey is even worse and I couldn’t help but feel embarrassed for him as I watched him chew up the scenery more than Leatherface’s chainsaw did. His performance as Vilmer is nothing short of cringe-inducing and I just hope that he was payed well for agreeing to play the part (but I have a feeling that he wasn’t). The rest of the cast is just as bad, and I couldn’t help but feel sorry for them as it appeared as though some of them were at least trying for the most part. Then again, I have a feeling that some of them might have been decent actors, but the script was so poorly-written and the dialogue that they had to recite was so terrible it made them all look like horrible thespians.  I think that there are times when the script is so awful that no actor-regardless of how talented they are at their craft-can make it look good on screen. Believe me when I say that this movie is the perfect example of that. 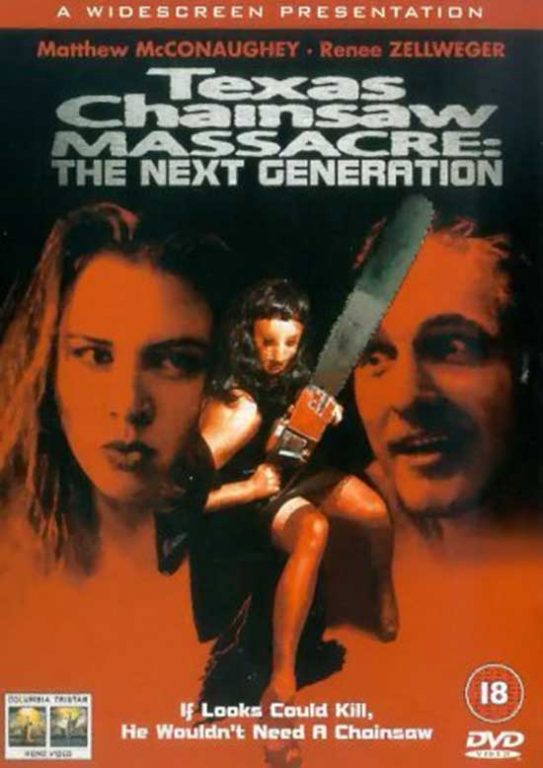 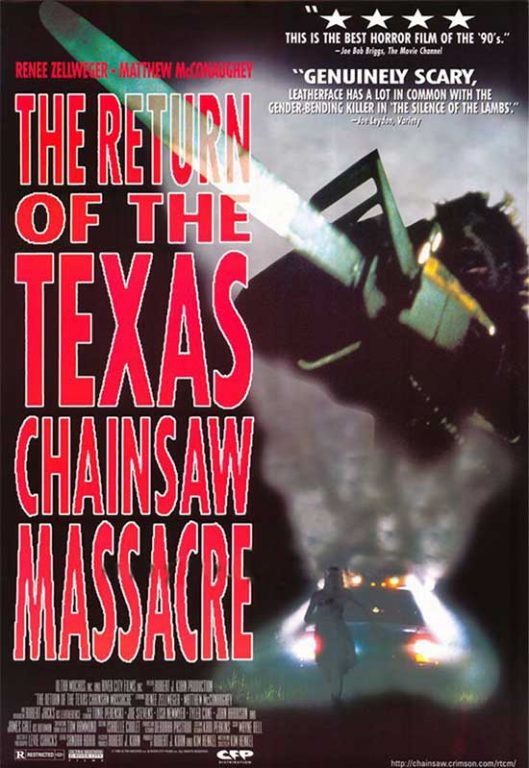 As you can tell I am not a fan of Texas Chainsaw Massacre: The Next Generation and I’m not alone. I know a lot of people that feel the same way about it and I don’t think I will ever run across anyone that could say it was the best movie in the series with a straight face (though I will say that it might be a little bit better than Texas Chainsaw 3D and Leatherface as they are the absolute worst movies associated with the franchise). If you are a fan of the original do yourself a favor and skip this one as you will regret taking the time to watch it. Utter garbage.

Texas Chainsaw Massacre: The Next Generation is now available on bluray per Shout Factory