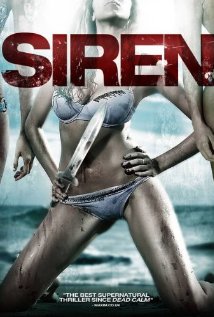 A group of friends escaping the city for a weekend away have a simple plan, to tour the coast for a relaxing weekend. Things hit a snag when one of the friends spots a seductive, sultry young woman waving for help off the shore of one of many secluded islands along the coast. Reaching out to rescue her turns deadly and they risk everything to get off the island alive.

The mythology of the siren is an interesting one and could make for a terrific film. I’m not sure when or if we will ever see one. “Siren” attempts to be one and just can’t succeed. I could say that it had crashed and burned, though that wouldn’t be entirely true. When it finally does become airborne, it is far too late. The film does look stunning though. The locations are beautiful and utilized well within the context of the story. I must take the time to mention though that the films’ director, Andrew Hull, passed away on May 10th of last year due to injuries sustained in a bike accident. “Siren” was his only feature film.

A beautiful woman in a sexy red dress is stranded in the middle of nowhere. She is only out there a moment before a car pulls up. She takes the ride from the fella and exchange glances. They pull into a rest stop and start going at it. A noise is heard, they stop only to find….nothing. This is a young couple playing out one of their fantasies. Rachel (Anna Skellern, The Descent part 2) and her boyfriend Ken (Eoin Macken, The Tudors) are on their way to set sail for a weekend getaway with her old friend (and ex) Marco (Anthony Jabre). The two lovers are horndogs and Marco finds himself jealous and angry. Shortly after, he sees a girl on shore that he fear may be a castaway and goes off course in order to see if she is alright. Instead he ends up getting too close and the boat gets stuck. Instead of finding the woman, they find a man in the water in dire need of help. Once aboard, they can’t understand a word he is saying. Then……he dies. Instead of waiting for help, they take the body ashore and bury him. There they find that woman, who they learn to be Silka (Tereza Srbova). At first they try and save her, and right after, everyone tries to sleep with her. Once they hear her sing, things grow bleak for the youngins.

There are two main issues with this film that really keep it from being memorable. First off, the first 40 to 50 minutes are just plain dull. I could have forgiven that if the characters were interesting. Which brings me to my second issue, the characters are just plain unlikeable. Right off the bat we can tell Ken’s an asshole and selfish. Who cares what happens to him. For a moment we think maybe Marco is a nice guy. Nope, as soon as they find Silka, first chance he gets he is trying to get all over her, even makes a stab at Rachel. And Rachel, she seems sweet enough but she just plays with them all, including Silka (a highlight) which makes her no better than the two men.

Things begin to pick up a bit when Silka sings. The song was beautiful and haunting. This was the type of stuff I was waiting for. When that song popped up (it appears a few times near the films climax) I was a bit creeped out. If only there had been more moments like that, we could have had a real winner. Tereza Srbova is a real find though. She never says much but she is equal parts sexy and terrifying. Much credit should be given to Hull, though the script was lackluster (which he co-wrote with Geoffrey Gunn) he managed to make a really technically sound film.

I don’t think I can really just flat out say “watch Siren”. It isn’t that good. Knowing the fate of the Mr. Hull, I won’t tell you not to either. The film moves slow and never really satisfies, but if you have the patience and can appreciate the actual filmmaking aspect, you would see that there was a talented man behind the scenes that could have been on his way to doing something great. 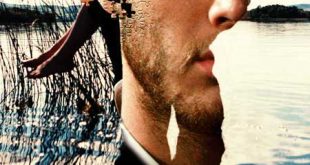