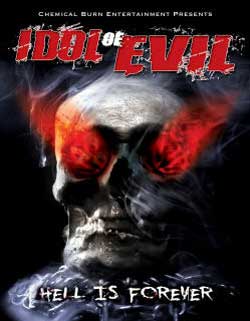 Young and successful author and Professor David Hilton is a world-renowned expert on mythology. When his friend and colleague Dr. Kixley, who is in India looking for an ancient relic known as the Eye of Kali that allows the possessor to see the souls of men, suddenly disappears David is enlisted to go find him…and the relic

Pabulum (pab’-yu-lum) noun: soft, digestible food. Great word. The first time I heard this word was when my Dad was describing the result of Midwestern attempts at Mexican cuisine. Though the dishes looked the part they lacked the spiciness or even the flavor of true, traditional Mexican food. He had spent some time in Southern California, and was immensely disappointed in any Mexican food he found East of the Rockies, citing the word pabulum whenever explaining why we weren’t going to go to a particular Mexican food restaurant. “What’s pabulum?” I asked. “Pabulum is like baby food, “he explained, “it gets the job done, but it has no flavor, and consequently has no appeal to the mature palette.” Now, I don’t know that I’d go so far as to say that I have a “mature palette” when it comes to cinema, but I will say that Idol of Evil is like pabulum in that, similar to baby food, it has no flavor or appeal.

Imagine an Indiana Jones movie recreated by an Irish Kids in the Hall, and you have an idea of the quality of film I watched. Fundamentally there was nothing wrong with the story; other than the fact that all four Indiana Jones movies have already used it. The “many individuals, all of whom except the hero are evil, go searching for an ancient artifact said to have unspeakable power” angle was tired by the time “Kingdom of the Crystal Skull” rolled around. The difference is that they had a LOT of money and experience and had already established an audience. Take away those three things (money, experience, and audience) add some truly beautiful countryside that clearly isn’t in India, and you have Idol of Evil.

The picture quality of the film is the first indicator that we’re dealing with a sub-par film. It’s marginally better than digital p*rn from the late 90’s. They do an ok job with lighting and the editor of the film was totally on point as that was one of the best aspects of the movie. The other best part of the movie was seventy percent of the soundtrack; it was had surprising depth and really helped create a mood that the cinematography completely failed to do. The other thirty percent, however, was some of the worst Foley work I’ve ever heard, specifically during the fight scenes. These fight scenes weren’t even choreographed poorly, it’s just that the sound effects dubbed overtop sounded stale and flat, and were never quite synched to the action.

The actors were all British, Irish, and/or Scottish and completely unknown. Some of the dialects were so thick I had trouble understanding the dialogue. Not quite Brad Pitt in “Snatch” thick, but thick nonetheless. There were some actors that were better than others but overall, no one is winning any awards here as there just weren’t any stand-out performances to speak of.

Idol of Evil is a movie that I’d be proud of if I had never made a movie before. If I was in a college filmmaking class and didn’t get an A for this movie, I’d write a letter to the Dean. If this isn’t a first attempt, or some sort of college project it’s just a bad movie.