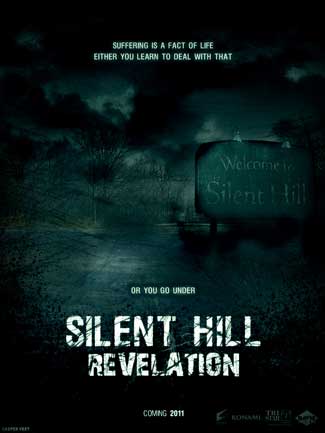 “For over a decade, the Silent Hill franchise has been scaring players through psychological horror and the fear of the unknown,” said Shinji Hirano, President of Konami Digital Entertainment, Inc. “It’s that proven blueprint for terror we know Samuel Hadida is capable of re-creating for the big screen. With him at the helm, we’re confident Silent Hill: Revelation 3D, will bring a new dimension of fear for fans both old and new.”

With much of the original creative body behind the first Silent Hill film, Silent Hill: Revelation 3D will be directed by Michael J. Bassett (Solomon Kane, Deathwatch), and will feature rising stars Adelaide Clemens (X-Men Origins: Wolverine, Vampire, Camilla Dickinson, Wasted on the Young) and Kit Harington (Game of Thrones).

“We are all excited to have the Silent Hill team reunited in Toronto for the sequel to one of the best horror franchises of all time,” said Producer Samuel Hadida of Davis Films. “With Michael at the directing helm, we will be building on the first film and taking the Silent Hill story into new territories with exciting storylines and visuals that will grab both new audiences, and those familiar with the Silent Hill franchise.”