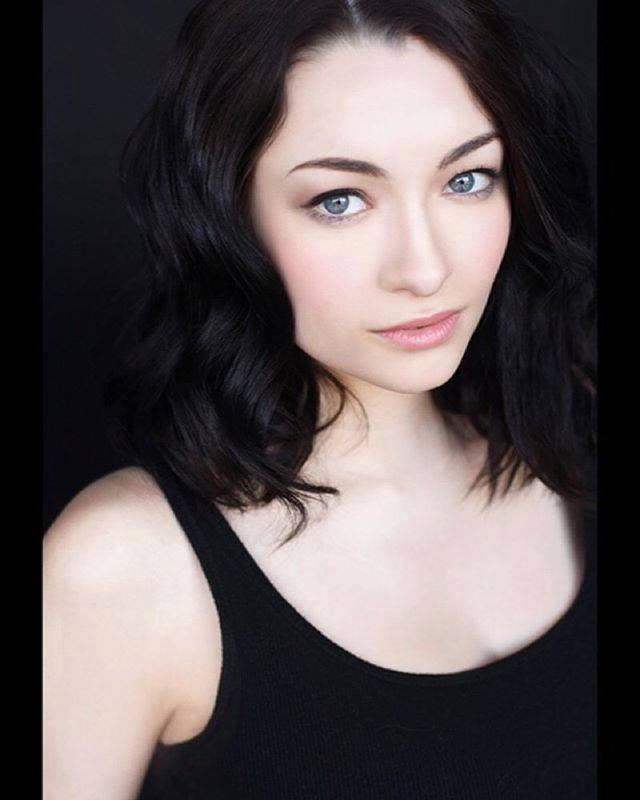 She’s grown up right before our eyes. It’s seems just like yesterday when horror fans were praising the performance of Jodelle Ferland in SILENT HILL. Ten years later, she’s working even harder than ever and continues to take roles in films that appeal to genre fans such as CABIN IN THE WOODS, CASE 39. and the recently released film THE UNSPOKEN. She takes the lead role and really proves all the potential we saw as a child actress is blossoming with her. She’s beautiful, talented, and an actress who cannot be ignored. Along with THE UNSPOKEN, Jodelle is also part of the ensemble cast of SYFY Channel’s hit series DARK MATTER, which has recently begun to shoot its third season. During a quick break from filming, Jodelle took the time to speak to me about THE UNSPOKEN, growing up in front of the camera, as well as where she’s headed from here.

Corey Danna: You were two years old when you first started acting and four when you landed your first movie role. Being so young when you started, do you remember much about those early experiences?

Jodelle Ferland: Oddly, I do remember very far back. I don’t remember when I started acting. I was only two years old so my memory of that time is pretty fuzzy. So to me I’ve been acting my entire life. It’s funny because a lot of people say they don’t remember very early on in their lives but I think somehow acting has helped me have a better memory of my toddler years because I have things to associate each year with. I remember when I was four that that when I filmed my first movie, Mermaid. So I think somehow that’s really helped my memory of that time. I can think back further than most people. I don’t have a very good memory so I don’t think that’s it.

CD: Even at a young age, you found yourself appearing in all these creepy horror and sci-fi projects, how did you handle be a part of these films? 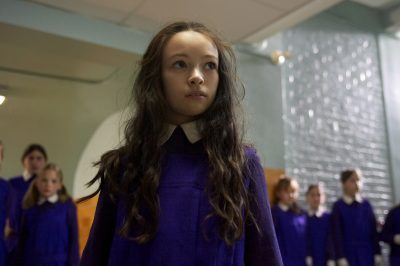 JF: I loved it. Probably more than I should have. They were always the most enjoyable. I had the most fun on those shows because I got to be characters that are nothing like me. I’m not a demon child, I’m not dead. When I got to play a ghost or an evil character that was always my favorite thing because that was so different from me. What kid gets to act like that? Not many.

CD: SILENT HILL is now ten years old and it’s become a bit of a cult classic, looking back on it now, how do you feel about having been a part of it?

JF: I have nothing but fond memories of that. People to this day still recognize me from that. A lot of people really loved that movie. I can’t believe it was ten years ago. It doesn’t really feel that long ago at all. That’s always going to be one of my favorite projects I’ve worked on. I don’t think that will ever change. It was one of the first really big movies that I did that people still enjoy. That makes me really happy.

CD: You’ve worked with some amazing directors, people like Terry Gilliam, Ernest Dickerson,Drew Goddard, Uwe Boll and many others. Who have been some of your favorites and who have you learned the most from?

JF: Favorite directors. That is so hard! Honestly I’ve been incredibly lucky. I’ve worked with some incredible directors and I hope to work with many more. I think one of my favorite directors is Terry Gilliam. I did a movie with him called Tideland when I was nine years old. He was just fun to be around and I feel lucky that I got to work with him. It was a great project. A very interesting movie. Some people think it’s a little too strange for them, but if you like weird things you’ll love it.

CD: You’re reaching a stage in your career where your beginning to step away from the child roles and are moving more into these adult characters. What’s it like making the transition and what are some of the difficulties? 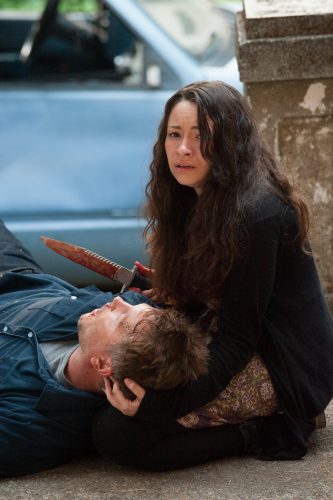 JF: It is a very strange transition to make. Especially since I’ve always looked a lot younger than I am so even though I’m 22 now, I very rarely play anyone in their twenties. When I was 13 I was still playing ten year olds, and now that I’m in my twenties I’m playing teenagers. It’ll probably stay that way a while cuz that’s the film industry and on top of that I look younger than I am. It’s a really weird time to change. You have to figure out what roles you want to play for your adult life because people do get typecast and once you play a certain genre or certain kind of character that might be what you’re stuck with. Luckily I’ve had a great time on the projects that I’ve been working on recently, and I’m happy with the direction that I’m going in. It’s been going well so far and I hope it continues that way, but we’ll see.

CD: So tell me how you learned about THE UNSPOKEN.

JF: This was two years ago so I have a little bit of a fuzzy memory on the details but I do remember my agent sent me the script and asked me if I would be interested. I read it, and right away I was very excited at the idea of doing another horror movie because it had been a while since I had done one and I had actually really missed it. I was interested right away and I liked the script. I loved that it was a classic horror movie with a script and I emailed back and told them I’d be happy to do it.

What was it about the character of Angela that interested you?

JF: I love that she’s such a sweet, innocent character. She’s just a small town girl who volunteers at a daycare. She’s the kind of girl that people sometimes take advantage of because she’s so nice and that’s kind of what ends up getting her into trouble. That and curiosity. I feel like her and I are similar in a lot of ways. I was excited at the idea of playing her partly because she’s not all that different from me so it was easy. I feel like we would get along in real life. I definitely liked playing her.

CD: In the film, you have a bunch of scenes with child actor Sunny Suljic. How was it being on the opposite end? You’re the adult now and you’re sort of mentoring a child actor.

JF: Sunny was awesome. We all really loved working with him. Sometimes working with child actors can be a bit of a nightmare. That’s just the truth. Some kids are very good on a film set and some are not. He’s one of the kids who is fantastic on a film set. We were all very happy about that. It makes our lives a lot easier. I definitely think he’s going places. He’s very talented. We all love him.

CD: I love how the film didn’t rely on big effects and the effects shots they had were predominantly done using practical methods. How do the different methods affect your performance if at all?

JF: It makes a big difference for me. Obviously it’s much harder standing in front of a green screen and pretending that things are happening as opposed to those things are actually happening around you. The majority of the effects in this movie were happening in real life which makes my job a lot easier. I can actually react to them. That is a huge relief to me because I always cringe when I watch something that I’ve done where I didn’t know how the effects would end up looking in posts. I watch it and my reaction isn’t right because I didn’t know what it would look like. It makes my life a lot easier and it looks more authentic. I think that makes it more enjoyable for the audience. 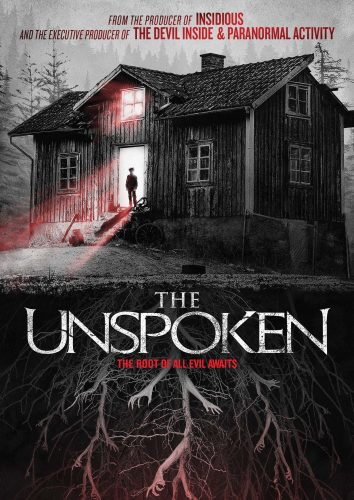 CD: How was it working with your director Sheldon Wilson who is becoming a very interesting filmmaker who continues to grow and improve from film to film?

JF: He was fantastic. I met with him before we started filming. We had a great chat about it and I could tell he had this vision in his head of what he wanted it to look like and I think he did it perfectly and exactly how his ideas were. I loved working with him and I’m very proud of the result that he was the mastermind of. I have him to thank for that. We all have to work together to make a final product and he definitely did a great job.

CD: DARK MATTER has become a sleeper hit for SYFY, what can fans expect from the upcoming third season?

JF: Oh, so much! The third season is just all over the place. I can tell you it just gets crazier and darker. We have all had such a great time filming it. We are currently filming episode four and so much has happened already. I can’t give any spoilers but I promise it’s an amazing season and lots of twists and turns you would not expect.

CD: Aside from the new season of the show, do you have anything else you’ve been working on? 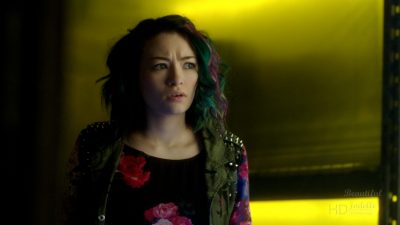 JF: Mostly I’ve been busy with DARK MATTER. It takes up about half of my year. Last summer I was traveling all over doing conventions which was so much fun. I did film a movie called Big Fat Liar, the sequel to a movie called Big Fat Liar. The one with Frankie Muniz and Amanda Bynesthat came out many years ago. It’s obviously not the same genre as this, but I had so much fun working on it. I do a lot of darker roles, so it’s nice to change it up once in a while.

CD: Do you have anything you would like to say to your growing fanbase?

JF: Thank you for watching! It sounds cheesy, but the shows that I do would be nothing without viewers obviously. I very much appreciate it. I hope people continue to enjoy my work. I can’t even describe how much I appreciate the support so far.

You can catch THE UNSPOKEN tomorrow (Dec. 6) on DVD as well as VOD!!