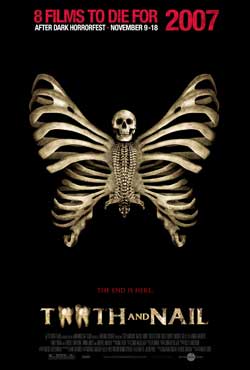 A group of survivors must fend off a group of flesh starved rabid cannibals in post apocalyptic world filled with evil and treachery.

The plot sounds promising. The trailer looks promising. The film didn’t quite live up to my expectations but it was worthy of a watch. I will never get those 90 minutes back but it’s alright. I enjoy post-apocalyptic stories. A very interesting factor here is that the reason for the end of the world wasn’t portrayed as a zombie apocalypse, outbreak, war, or storms. 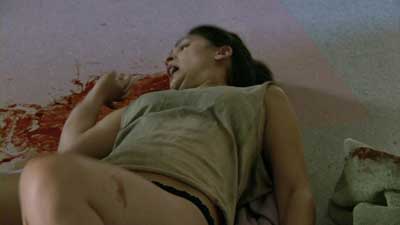 They simply ran out of gas. Eventually they lose electricity and water. Staying at a hospital helping what little survivors there are and providing food and medicine is a place I would want to be. However, if there are crazed Roke characters running amok with axes and machetes wanting to naw on your bones it wouldn’t really matter. They’re not zombies, they’re random f*cked up human beings starving to death so they feed off any survivor they find in their way. The idea of the end of the world coming from no gas is just absurd.

That would never happen of course. Humans have been existing for 1000’s of years without it. Anyway there’s solar power, wind power. I’m sure you could harness running water to create electricity. You can like the poster above said use vegetable oil to run diesel cars. This was my problem with the film; the basic premise is completely asinine. Sure the world would change a little, but the reason with are the dominate species on the planet is that we can adapt to changing environments. But on the other hand; Oil is the lifeblood of civilization. Everything runs on it. And if you don’t believe me, look at the recent inflation in this country. The price of everything is going up as the price of gas goes up. If our civilization were suddenly deprived of oil, everything would fall apart. 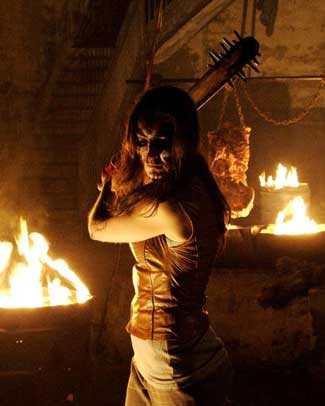 The names of the characters were just down right juvenile. I am a fan of Rachel Miner (Penny Dreadful, Bully.) Her character’s name is Neon and that is just unacceptable. I guess if it’s the end of the world you can make up names but Neon? It’s not even clever. Did anyone notice most of the characters were named after Dodge cars? Dakota, Viper, Neon, Nova. Also Ford, (crown) Victoria, Torino.. Wtf? Then you have Luis from Revenge of the Nerds playing the smart guy whose name is “Darwin.” Rider Strong appeared in some very dramatic sex scenes. I’m sorry, that boy looks like he doesn’t know what he is doing.

I am in my twenties so I did find him to be very cute in Boy Meets World. Michael Madsen (Resevoir Dogs) I expected to see more of as a villain. He speaks in short, choppy lines. Nicole Duport plays the main character. I couldn’t stop laughing when she put the make-up chalk on her face before she meets up with the cannibals. Just, wow. Her character did annoy me just a little bit. Rachel Miner’s character was very predictable. I knew how the film was going to end right away. 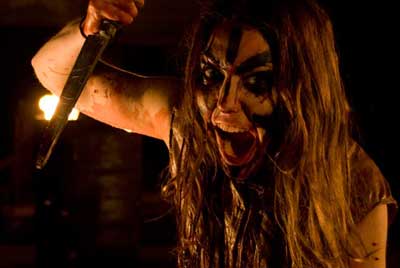 The film taught me all sorts of things. Humans would rather eat other humans than grow vegetables, raise livestock, or any number of other (better tasting, non-horrific) ways of obtaining food. If the world runs out of gas, no one anywhere comes up with any alternate plan. The government doesn’t ration fuel to maintain social services or anything. We simply suck up the last drop and die.

Two years after the world runs out of gas, people abandon their real names and begin using neo-dystopic-futuristic names like “Neon”, “Dingo” and “Lobo”. They also quit wearing comfortable, functional clothing and begin dressing like gladiators in a Roman coliseum. Children who are unable to speak, to utter any words to the ones they love can suddenly gain the power of speech to deliver an insult to a bad guy. Vicious bands of massive cannibals need leadership from a tiny, redhead hottie chick who eats her family because she was “hungry”. When a mild-mannered woman who decries the “wrongness” of euthanizing a dying man paints her face with scary designs it turns her into a vicious, blood-thirsty murderer gleefully committing heinous carnage. When hospitals are abandoned they leave behind pints of morphine so someone can fill corpses with it to drug bands of cannibals. A man locked in a broken meat freezer for two days without food or water will suddenly appear at the window and laugh maniacally. Ugh, I f*cking hate the ending. 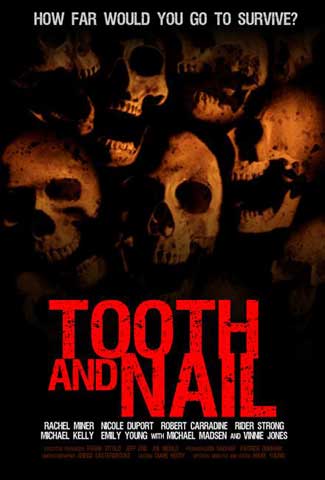 This addition to the After Dark Horror Fest had so much potential. I’m not objecting the film. But I may never watch it again. The acid in the face scene was enjoyable. But what f*cking just has a bottle of that out in the open like that? It happens to be a gory film. Being chopped with an axe would be a painful death I am sure.

I am going to confess something to everyone that I’ve always kind of kept on the back burner. I haven’t lied or kept it hidden intentionally but it’s also not something that I volunteer as information right from the jump when discussing horror films with others. Ok, here it goes. I , Demonica Vasant, love ripoff horror clones or “mockbusters” as the term has been so lovingly coined over the years. Yes I am well aware that for the most part these films are lazy cash cows made with little to no care to cash in on the success of major releases, but  I’ll be hand rolled in pig shit if I don’t find them entertaining as all hell. This brief brush up on my specific tastes is going to be important when reading my review for Mark Young’s Tooth and Nail, a film that lazily rips off Mad Max and half a dozen other apocalyptic films with not one ounce of entertainment to be found in the entire 94 minutes. I enjoy a great rip off film ( i.e Beyond The Door, When A Killer Calls , Devil Fish ) but to create a film that is a blatant mock up of a bigger film and inject it without one ounce of fun or even trash atmosphere is damn near blasphemous. 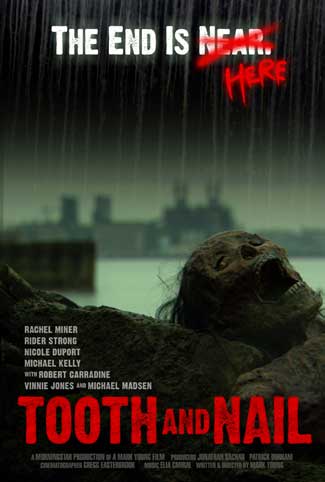 Tooth and Nail follows a rag tag group of survivors who actually dress more like broke down college students than renegades of societies meltdown ( I mean sweaters and Khakis not swishy shorts or anything sexy ). These “survivors” represent humanities last hope and believe me when I say people it really don’t look too good for us if this is what we have to work with. The main players in this film are so lackluster so banal in nature that I had to force myself to pay attention to the conversations taking place before my very eyes, even than these characters never uttered a single word nor phrase that helped move the events forward. The writing is very, very amateurish and almost comes across as ” 90210 esque” in nature which is exactly what a film that is suppose to be a gritty cannibal tale should not be.

Very boring characters and even worse dialog make it almost impossible to care if these people live or die which could be fun if the cannibals came across as ruthless bloodthirsty savages we could root for. Not a chance here, the cannibal baddies are just as zero dimensional as the main players. What we are left with is some very basic characters being chased by a bunch of non threatening badly written lumps of clay that represent the bottom of the basket in this kind of genre. Don’t even ask about the plot twist that comes into play it is possibly the worst telegraphed plot twist I have seen in recent years. If you have seen even one horror film in your life and have a general working knowledge of how people behave than I am 100% sure you will catch the  ” shocker ” within the first thirty minutes , maybe less. 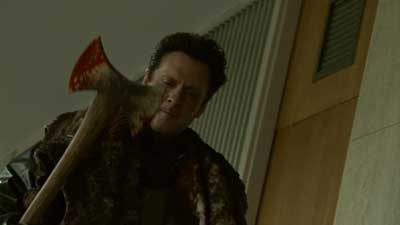 Does Tooth and Nail have anything at all to offer it’s audience ? Meh. Mark Young has some definite talent as a director. Some of the shots are very well composed and he is able to create a sense of place and time which does bode well for future projects that might have a script attached to them. The apocalypse is covered in dirt and dust and really what more can we ask for in our futuristic Mad Max clones ? A

half decent story and character development maybe but that might just be me being picky. I tend to have lofty goals.

If you are going to go the route of futuristic horror films that ripoff  Mad Max pick one that has some true trash and gutter style ( I HIGHLY recommend Donald G. Jackson’s 1986 MASTERPIECE Rollerblade , PERFECTION!! )  I suggest you skip out on Tooth and Nail however it may paint a somewhat pretty and desolate landscape to look at but looks can be the mighty deceiver my darlings. The light may be on but ain’t a single soul at home. Trash ? Maybe. Boring ? Fuck yeah!  Not worth one more ounce of my gorgeous breath. Skip it!