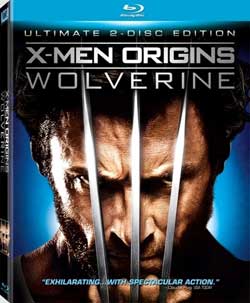 This action-packed prequel to the popular X-Men films explores Marvel Comics character Wolverine’s (Hugh Jackman) past and the events that influenced the mutant before the Weapon X program bonded his skeleton with the powerfully strong metal alloy adamantium. After the death of his girlfriend, Wolverine seeks vengeance against supervillain Victor Creed (Liev Schreiber). Ryan Reynolds, Danny Huston and Lynn Collins co-star.

Superhero films are not slowing down one bit, and who can blame them. They are action packed, have great effects, cool characters. great stories and the struggle between good and evil has never been so immortalized. Hey, we can’t help it that Hollywood finally caught on to what we comic book readers have know all along. There is great material to be embellished on.

Our upcoming mega feature X-men- Origins: Wolverine is no exception to that fact. Perhaps alot more consumable than the off beat “Watch Men”, this latest plunge into the X-men lineage is a great if not better addition to the already stellar series. There of course is no denying the dynamic presence that Hugh Jackman brings to the screen. There also no denying that Hugh “is” Wolverine” even when he’s moonlighting as “Van Helsing”. Since the franchise has added the moniker “Origins” we only hope that we’ll get future origin stories detailing some of the back ground of the rest of the X-men. We can only hope. 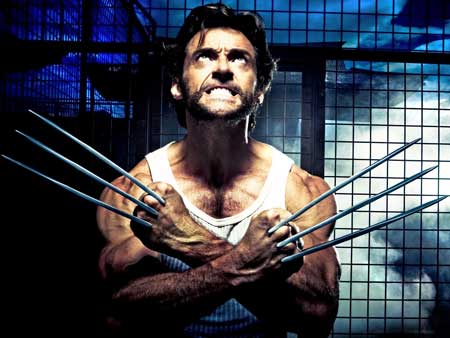 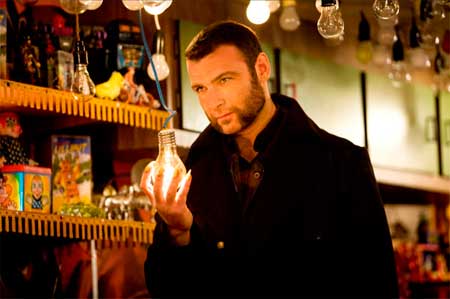 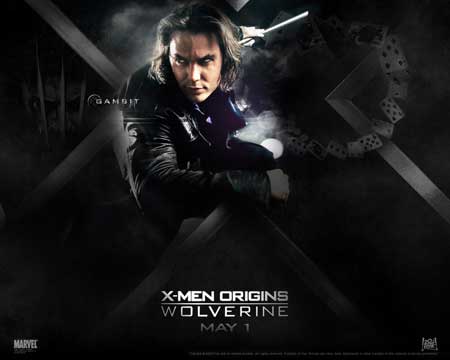 So on to the story. We are given the full realm of the often mixed and enigmatic relation of Sabre Tooth (Liev Schreiber) and Wolverine. Very simply they are brothers. Though they began like most. A tight bond, that lead them through battles, wars and the inevitable military. We get to see them in all there fighting glory before the conflicts began. And back again we have the real antagonist of the story William Stryker who in a nutshell didn’t invent Logan’s powers he just embellished on to them for his own selfish needs.

Stryker is the heart of the evil who rounds up mutants like cattle and gets the military to fund his projects and experimentations. In some quest to harness the powers and inject them upon others he creates a mess that has dire consequences. Logan runs the entire course of the film tying up looses ends that all the X-men followers have been waiting to see. We get to witness the transformation, his former love interest, his time in battle and his need to work as a nomad and loner into the scope of superhero’s. We also get the emotional transformation that takes place as the “animal” side of him begins to surface.

What I love most of all about these films besides the eye candy special effects is the fact that they have created a superhero / mutant world. And in that world emerges alot of strange but interesting characters. It’s almost the show “Heroes”, but ramped up to 10 and fine tuned into amore condensed story line. I’m sure you’ve read the line up but for newcomers this film introduces characters: “Gambit”, “Cyclops”, “Agent Zero”, “Emma Frost”, “John Wraith”, “Weapon x” also known as “Dead Pool”, “Bolt”, and quite a few others either named or suggested. The surprise was the evolvement of Frederick J. Dukes who later goes by the name of “Blob” . We get a general sense of a range of powers through many individuals. Diehards will surely recognized there evolvement into known hero’s or villains. 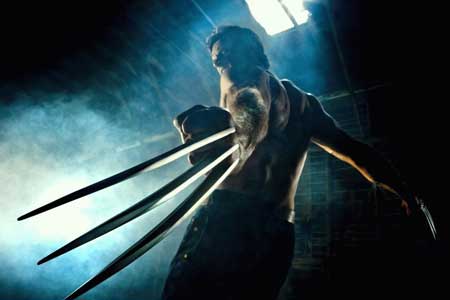 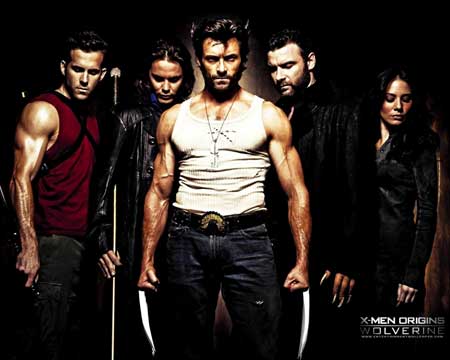 For all purposes, this film is a prequel to the first episode of the X-men series. Although we meet up with a much younger Scott Summers / Cyclops, the guess is that it’s not too many years later till the carry over of X-men 1. Most likely after Professor X has gathered up his team and students.

Gavin Hood directs, who to be honest I’ve never heard of till now. Though don’t let that fool ya , as he does a bang up job to compliment the franchise. Ryan Reynolds makes a worthy appearance as a knife wielding wizard known as Dead Pool. Originally it was thought that Ryan would only cameo but his role was embellished as the film moved forward. We also get to see him take on the form of Weapon X. Liev Schreiber makes a great first appearance into the X-men realm proving he can live up to the Sabre Tooth name and deliver for the fans. My only question is…at what point does he get really hairy as we have come to know him in future films?

Taylor Kitsch is a newcomer that shows us that he can deliver the “Gambit” role pretty well. He also shows us that cards aren’t the only skills he has for all of us going….”so he throws cards, what’s so special about that?” – great stuff!

A very exciting adrenaline mutant rush of entertainment fill this one top to bottom. We get plenty of back story and enjoy the ride of new faces along the way. X-Men Origins: Wolverine is sure to nail another great staple into the Marvel mega-hits as a film beyond expectations and filled with a great cast and moments.