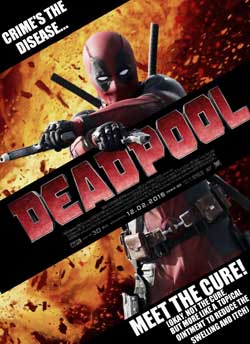 A man with superhuman abilities seeks revenge on the people that cruelly experimented on him and horribly disfigured him as a result.

In addition to being a huge horror nerd I am also a giant comic book geek as well so I was pretty excited to see Deadpool as I thought that it looked pretty awesome. I have always dug the character but was a little nervous that the film wouldn’t do him justice. As soon as the opening credits (which were clever and nothing short of awesome) my worries were put to rest and I knew that I was in for a real treat. I loved this movie and thought that it was one of the best superhero flicks I have seen in a very long time (as a matter of fact of would put it up there with 2002’s Spider-Man as one of the best ones I’ve ever seen). I had a total and absolute blast with this movie and can’t remember the last time I’ve had so much fun at a movie theater. 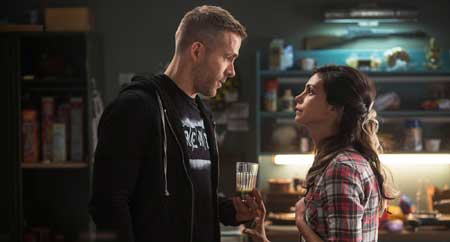 Without a doubt one of the biggest strengths of the film is Ryan Reynolds. He does a flawless job of playing Wade Wilson/Deadpool and I don’t think anyone else could have pulled off the character as well as he does. He nails the role in every possible way and his performance is nothing short of excellent. You can tell that he had a blast playing the part and I really hope that they never replace him with anyone else in any future movies as he basically IS Deadpool (much like Hugh Jackman is Wolverine). He does a great job of capturing all the elements that make the character so likeable and popular and he really brings him to life. I know some people were complaining about the fact that he was cast in the role originally but I can honestly say that he is perfect for the part. His comedic timing and interactions with the other characters is top-notch and I think that many viewers will agree. He definitely kicks all sorts of ass in the role and I enjoyed every minute of his performance. 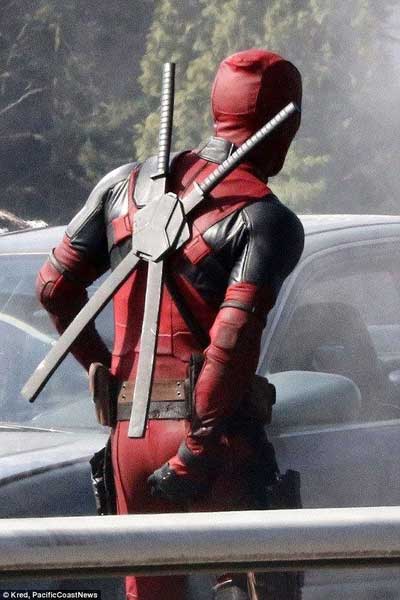 Another thing that I liked about the movie was the fact that it is actually pretty damn funny. The humor works (mainly because it doesn’t rely on a series of dick and fart jokes the entire time like some many other so-called comedies that I’ve seen in recent years) and there were many times that I couldn’t help but laugh out loud (my favorite line in the movie is when Weasel, T.J. Miller’s character, refers to Blind Al as Ronnie Milsap as it made me laugh like a crazy person just because of how weird and off the wall it was). Reynolds has a lot of great one-liners during the course of the movie and the biggest majority of them are nothing short of hilarious. It’s been quite a while since I’ve seen a movie that made me laugh as much as I did with Deadpool and I think that any filmmakers out there that are considering making a comedy should check it out just to see how to do it right. Yes, the humor is crude at times but it works and if you can make me laugh (I have a very weird sense of humor) then you know it’s legitimately funny. 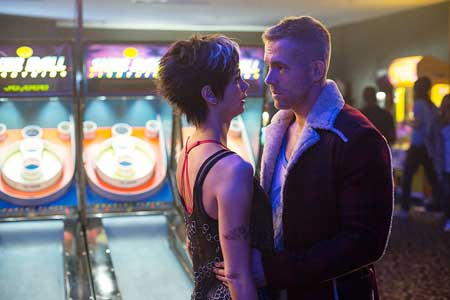 In addition to Reynolds I also really enjoyed the rest of the cast. Ed Skrein is great as the main villain Ajax and I also dug Gina Carano as his powerful-and extremely hot-sidekick Angel Dust (her exchange with Colossus at one point while they are fighting is priceless). Brianna Hildebrand is wonderful as Negasonic Teenage Warhead (I can’t believe they put such an obscure character in the film but I am really glad that they did) and I thought that she rocked it (plus she’s incredibly adorable to boot). Morena Baccarin is great as the love interest Vanessa and I thought that she had some great chemistry with Reynolds. I love the fact that they had Blind Al in the movie as well and thought that Leslie Uggams did an excellent job in the role (though I wish she’d gotten a little more screen time as her interactions with Reynolds were killer). Other than Reynolds my favorite character was Weasel, brilliantly played by the very funny T.J. Miller. I thought he owned the role and he gets some of the best lines out of anyone in the entire film. He plays off of Reynolds very well and I loved every scene that they shared together. All in all everyone in the film kicked ass and there wasn’t one bad performance to be found anywhere. 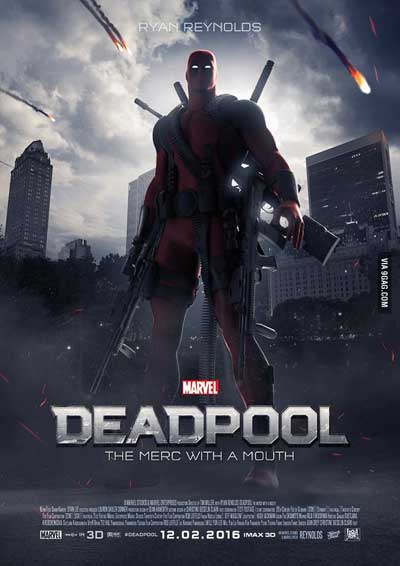 Deadpool is just an all around fun movie and I loved it. I really didn’t want it to end and can honestly say that it is by far superior to any of the Iron Man or Avengers movies (I’m just not a fan of those films and think that they are all terribly overrated). I like the fact that it didn’t take itself too seriously and didn’t have a problem with poking fun at itself (as well as Ryan Reynolds. I loved the all the shots that he takes at Green Lantern during the film). If you are a fan of Deadpool you will without a doubt enjoy the movie and will most likely want to see it again very soon (I know that I do). Check it out as soon as you can, trust me when I say that you won’t be let down. Highly recommended! 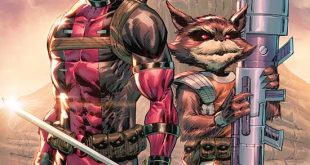