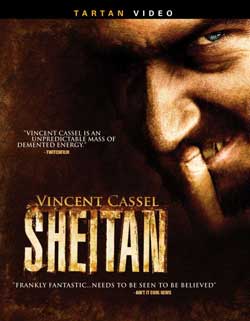 Sheitan is a French film about three young men frequenting a night club on Christmas Eve to get into your standard debauchery of drugs and sex. While two of the group of the guys go off to hook up with some girls, the lone member Bart (Bartelemy) gets involved in a drunken trussle and is promptly thrown out. One of the girls, the mysterious and attractive Eve (Mesquida) suggest the the gang goes to her parents empty house off in the countryside to continue the nights activities. The guys or shall I say their hormones agree to take the trip.

They take a long voyage to your textbook rundown, disheveled town. It is here where they run into Joseph (Cassel). A dirty, smelly oaf with a mustache that dare I say almost matches the raw, masculine awesomeness of a Tom Selleck or Super Mario. He is just one of the dozen of odd denizens they meet in this town. As they arrive at Eve’s home they try to get comfortable. But figurative bread crumbs are dropped to imply that there are much more sinister undertones in this village. From Joseph’s homoerotic leanings towards Bart (not that there’s anything wrong with that, of course), to a nameless, faceless figure constructing a disturbing looking doll. Notwithstanding the biblical references, as you will find out “Sheitan” means “Satan” in Persian. So get a few references to a snake in a garden and the eating of the forbidden fruit. All of these signs go totally unnoticed by the guys as they refuse to let anything or anybody get in there way to sexual gratification. You see ladies, when sex is involved men’s logic, reason, and common sense takes a holiday. But before long they realize that they have much bigger problems on their hands than getting their rocks off and end up knee deep in the kind of insanity only French Satanist can provide.

Sheitan is a standard wrong turn movie in structure. Group of horny guys go off to some backwoods setting looking for a roll in the hay. Run into the creepy and deranged town folks. From there the hi jinx ensues. It blends in some comedic favor that might fall flat for those that don’t understand the foreign sensibility. If you were to judge this film with a critical and logical eye. Which by the way I’d advise against, it’ll save you the brain trauma. But there is a gape in logic, in most wrong turn movies there is a reason that the protagonist is left stranded with no way to get out. 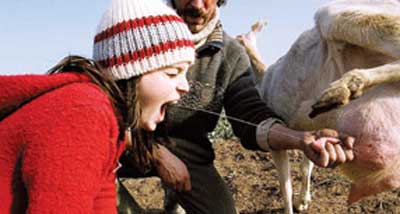 Broken down car, flat tire, no gas, etc. But here the car is perfectly fine. Which begs the question, “Why not get in the car and just leave?” Bart alludes to leaving a few times, but decide against it. Don’t get me wrong, I’ve pushed my rational thinking out the window on many an occasion and Eve is hot enough to melt concrete. But there’s only so far one will go for some sweet, sweet loving. Once we enter the unisex skinny dipping scene, I would have made my exit but that’s me. 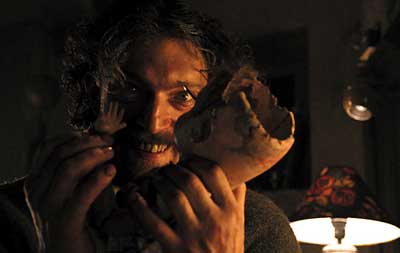 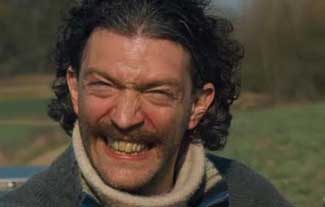 Although the horror in this film is jumble in with comedy, it does succeed in setting a weird and ominous tone. And when the sh*t hits the fan it really “hits”. In the last twenty minutes there are a couple of “What the Fu*k” moments. A couple too good to spoil but needless to say they will have you questioning your sanity or for that matter the sanity of the filmmaker. Vince Cassel gives another great performance, a true bright spot of this movie. If I hadn’t known Cassel was in the film from the opening credits I would’ve never recognized him. Joseph effects all of your senses but all in very bad ways. Cassel delivers a character that covers all the bases of lunacy.

If you go into Sheitan looking to quench your newly found French bloodlust, this film will not suffice. It’s not a blood and guts gorefest like the more notable contributions. It plays more into the awkward, uncomfortable interactions too unnerve you. I’d compare it more to a film like “U-Turn” or French film “Calvaire”. If you have a short attention span than you might opt to skip this movie. 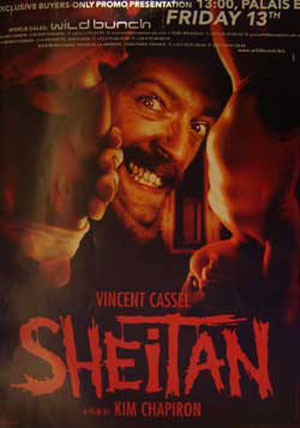 You’ll have to invest more than an hour of your time before anything impactful happens. All that said I was never bored by the prelude to the last twenty minutes of crazy. If you’ve seen the latest batch of French horror like “Inside”, “Frontier(s)” and are looking for some foreign wackiness than give it a rental. But, if your new to this particular genre than I wouldn’t put this on a must see list like the previously named movies. All and all an acquired taste for the abstract foreign horror fan. 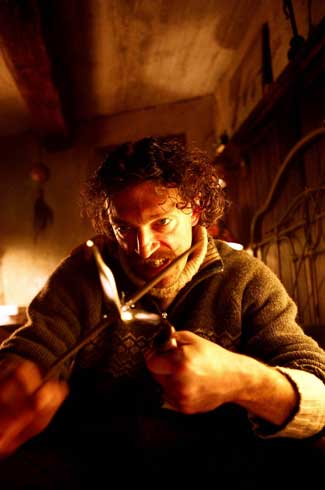