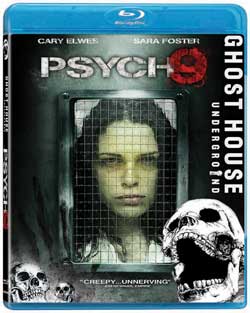 Roslyn is an unhappily married woman who has a history of mental issues thanks to some disturbing events that happened to her when she was a child. She takes a night job at a recently closed hospital and spends her time working there alone, which probably isn’t the best idea since there is a serial killer the media have dubbed “The Night Hawk” in the area who is responsible for the deaths of many women.  Rosalyn soon learns that the hospital where she works may have some sort of connection to the murderer, so she starts doing a little snooping through the old hospital records to see if she can figure out the person’s identity. Is she destined to solve the mystery or just become the Night Hawk’s next victim?

I knew very little about this movie but I went into it with high hopes when I found out that Carey Elwes, who is one of my favorite actors or all time, was involved. It started off pretty strong with a cool opening death scene and watching a few minutes of the movie I thought for sure that I was going to dig it. It had a nice mystery going on, some likable characters (except for Roslyn, she grated on my nerves the entire time), and I found myself really getting into it.  Just when I had decided that it was going to rule things started to fall apart about half way into it and what could have been a kick ass thriller/mystery ended up becoming a jumbled mess that left me more than a little confused after everything was said and done.

What went wrong? I think that the main problem is that writer Lawrence Robinson didn’t quite know where to go with the script. He had a pretty good idea for a movie but after he started writing it I think he just completely lost sight of what he was going for and just half-assed the second half of the script. One of the things that bugged me was that the movie didn’t know if it was a serial killer movie, a ghost movie, or something else completely. There are parts toward the end that just don’t make any sense at all and I can’t help but wonder if Robinson just didn’t have any idea how to end things so he decided to just go for a twist ending that anyone can see coming from a mile away.

I also didn’t like the fact that the whole Night Hawk thing is pretty much put on the back burner at one point so we can focus on seeing how nuts Roslyn is. I mean come on, they spend the majority of the first part of the film talking about how vicious the Night Hawk is and how everyone is terrified of the thought of becoming his next victim, but then the direction shifts and we are treated to countless scenes or Roslyn writing on the wall, having flashbacks of her horrible childhood, fighting with her husband (who she constantly treats like sh*t for some unknown reason), and talk about her mental problems to others. I think what I’m trying to say here is that I just really didn’t care that she was crazy as hell and instead of seeing her act insane I wanted to see the killer bash someone’s head in with a hammer.

Though I really liked the characters of Dr. Clement, Cole, and even Detective Marling, I have to admit that I couldn’t stand Roslyn. I thought that she was annoying, bitchy, whiney, and she just got on my nerves in general. She had a huge chip on her shoulder and if I had been her poor husband I would have run away screaming years ago as she is constantly bashing him about something. I just don’t think that she is very likable, which isn’t good considering the fact that she is the main character. I didn’t really care for her from the very beginning and by the time the movie reaches its end I completely hated her.  I think that most people who watch the movie will feel the exact same way that I did about her. 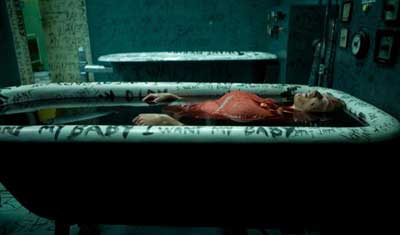 Overall I just wasn’t a fan of “Psych: 9.” At first I thought that it was going to really be a good movie but that just wasn’t the case. It is confusing, tries way too hard to be out there, and there are a lot of things that happen that just don’t make much sense. To be honest I am still not exactly sure what happened at the end due to the fact that the last ten minutes or so are so convoluted I had trouble following along with what was going on. I have trouble recommending it, but if you are curious about it and think that it sounds like something that you would be into then by all means give it a shot. 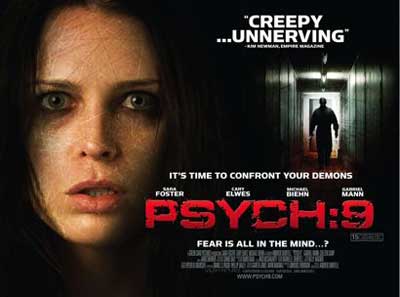