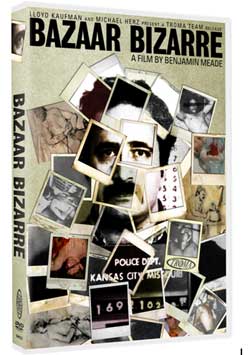 January 3, 2011 (New York, NY) – If you thought Dahmer or Gacy were evil, you never had to stay the night with Bob Berdella. Join true crime master James Ellroy (L.A. Confidential, The Black Dahlia) as he walks you through the bizarre nightmare that was the Kansas City Serial Killer, Bob Berdella.

By day, Berdella worked in his small occult shop. By night, he kidnapped, tortured and sodomize young men before disposing of their mutilated bodies with the morning garbage.